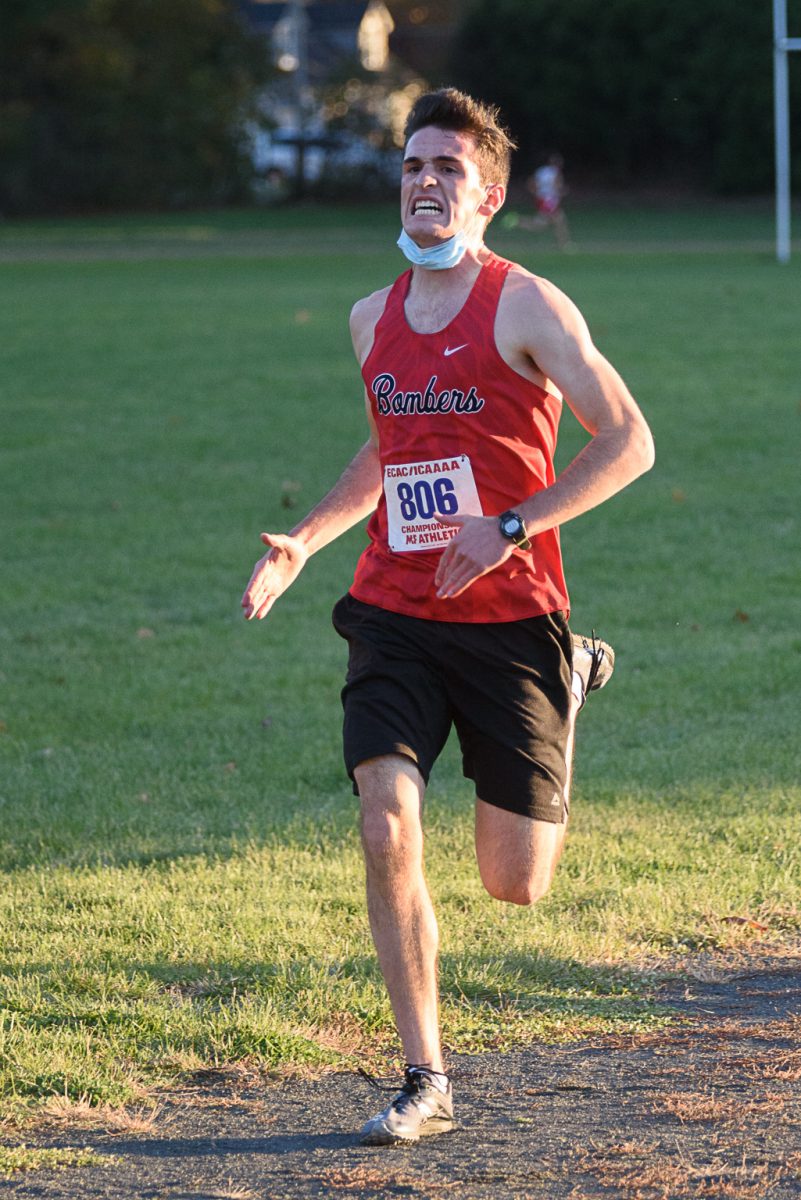 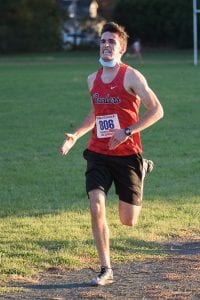 WESTFIELD – Seniors were celebrated and next year’s senior class was sensational during the Westfield High School cross country team’s final run of the 2020 season.
Westfield junior Antonio Phaneuf won the 3.03-mile race Wednesday at Westfield High School, registering a season best time of 17:19. Hampshire took second, third, fourth, fifth, and sixth place to best the Bombers, 20-41.
“I didn’t care about winning,” said Phaneuf, who admitted he was more concerned with shaving seconds off his time. “I knew I had some guys behind me, but I just stayed ahead and kept my lead.”
With coronavirus concerns shifting Westfield’s home course from Stanley Park to WHS for the entirety of the 2020 season, the makeshift course which loops around the athletic fields and through the nearby woods, presented some new challenges such as a small hill and a gravel track. The season was also interrupted by remote learning and a condensed season, all ending without a championship competition.
For Phaneuf, that meant longer distance practice runs, more treadmill work, and a lot more individualized training.
“I’m just glad we had a season,” Phaneuf said.
Westfield senior Andrew Dion placed seventh in 17:55, shattering his own personal best time by one minute. Bombers’ Pratham Makonahally placed 10th with a time of 19:25, a personal best by 33 seconds.
In all, 10 of Westfield’s 11 runners ran personal best times, including senior Aidan Welch (19:28), Andre Phaneuf (19:38), Nick Krawiec (20:15), P.J. Stathatos (20:23), Liam Lynn (21:31), John Doyle (23:14), and senior Billy Hennessey (23:35).
Although the Westfield girls cross country team fell to Hampshire 23-32, Bombers juniors Grace Kuhn and Jenna Brown teamed up, much like they have for the majority of the season, to secure third (23:00) and fourth place (23:01) overall in the girls race, respectively.
Kuhn started out strong and kicked it into high gear when she hit the woods, nearly running alongside Brown over the course of the final mile.
“We work as a team to keep ourselves going and keep good pace,” Kuhn said of her teamwork with Brown. “We encourage each other along the way.
Brown said that the healthy competition between the two teammates is definitely one forged by a partnership among one another.
“It’s nice to have somebody to run side by side with,” Brown said. “We have been pushing each other for faster times.”
Brown was the first of six Westfield girls to break their own personal best times on the home course. The others were Jasmine Hooper (24:27), senior Abby Fraser (27:44), Karissa Ackley (28:51), Ella Hamel (30:59), and Adrianna Rossi (31:10).