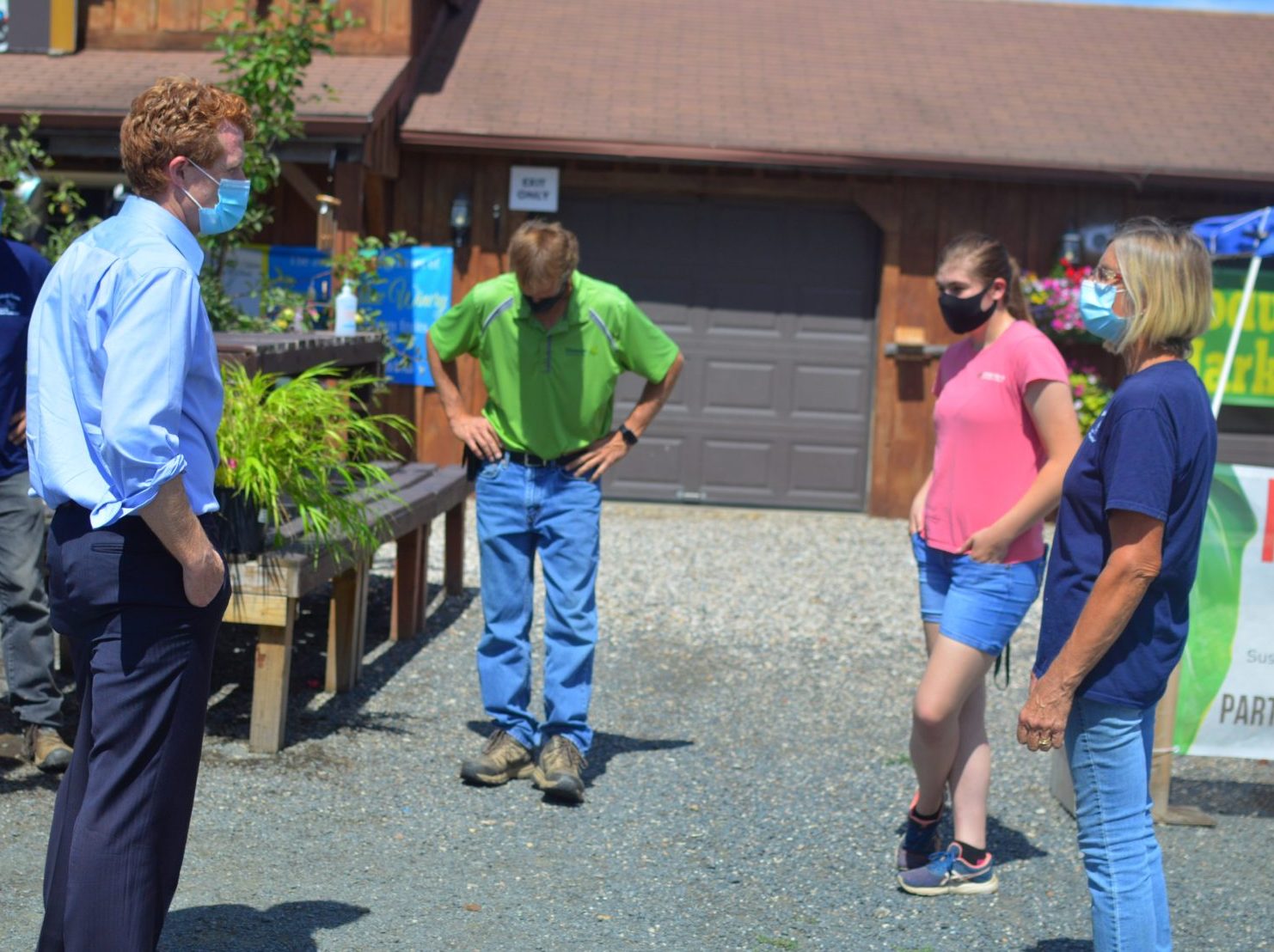 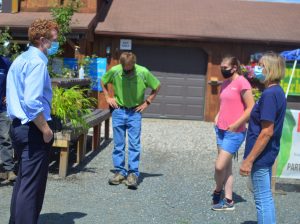 When Kennedy arrived Aug. 3 he first spoke with the Kosinski family about how they have handled maintaining COVID-19 guidelines while also maintaining a farm and farmstand. Owners Gene and Sue Kosinski said that they have been requiring masks for customers and employees, but that some customers have taken issue.

Anna Kosinski, Gene and Sue’s granddaughter who works on the farm, said adults more than twice her age have yelled at her for asking them to comply with the mask guidelines on their property.

Mike Kosinski, son of Gene and Sue, said that the cost of running a family-owned farm has increased steadily since his father started the farm in the 70s. He said the income from their farm alone has not been entirely sustainable, even before COVID.

Kennedy said that part of the problem is that larger agricultural companies typically get more help from the government while smaller farms are left to struggle.

“The big guys get all the help while the smaller guys are getting squeezed out,” Kennedy said.

Mike Kosinski said one of the major struggles COVID-19 presented to the Kosinski farm has been the additional $600 of unemployment insurance that has been given out during the pandemic. He said that earlier in the pandemic he had some workers quit so that they could get on unemployment to make more money. The $600 benefits expired last week. An extension is being debated in Congress.

“If you [Kennedy] want to help, fix it. The people that need it, should get it,” said Mike Kosinski. “People that are abusing it should have it taken away.”

Gene Kosinski’s chief concern was that it seems like every action they take on the farm is being taxed somehow, to the point where making a profit becomes increasingly difficult.

“It makes you want to turn around and say I’ve had enough. Auction it off,” said Gene.

Gene Kosinski did praise Gov. Charlie D. Baker’s response to the state COVID-19 outbreak, as they were allowed to remain open throughout the pandemic thus far.

After taking a tour of the bakery and the farm, Kennedy said that one of his solutions to problems faced by the Kosinski’s is his “Jobs for Justice Initiative” that he announced in early July. The initiative is supposed to be a national mobilization and hiring program that would be meant to help ease the economic impact of the COVID-19 crisis.

Part of the initiative would provide small businesses with personal protective equipment (PPE) and some upgrades to the business to make it safe to remain open amidst a pandemic.

“Phase 2 is the larger structural issues that need to be addressed like infrastructure projects, broadband, access to e-commerce so folks can put up a website and get into delivery services,” said Kennedy, “What you hear from these guys are a number of challenges that come from maybe a lack of voice and representation that many small farms have in the government in the Northeast.”

He said that there is a lack of understanding among some policymakers on what the actual needs are for a small farm to remain open.

Kennedy, the grandson of the late U.S. Attorney General Robert F. Kennedy, is running in the Democratic primary against incumbent Edward J. Markey. The state primary election is Sept. 1 and the General Election is Nov. 3.