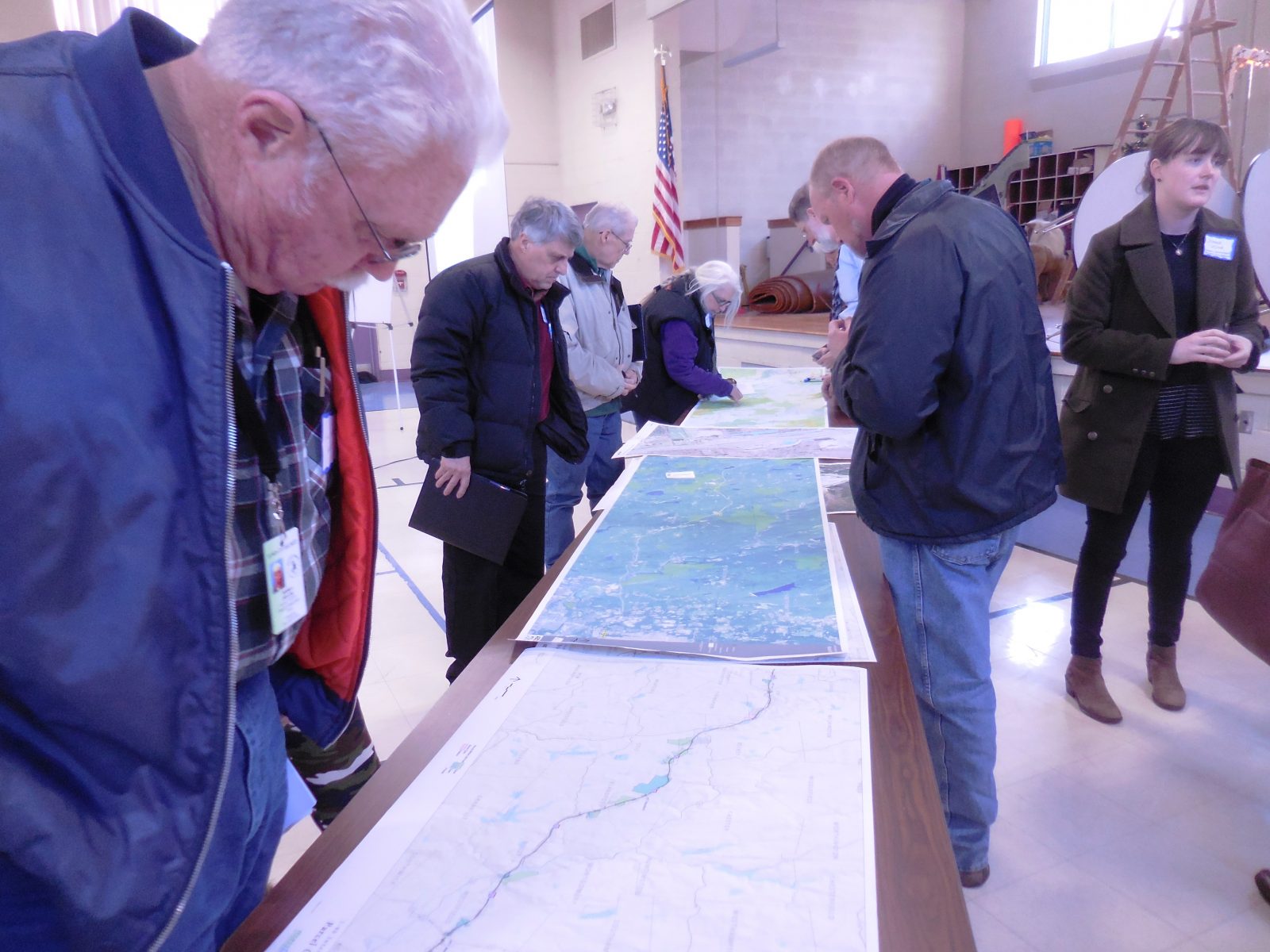 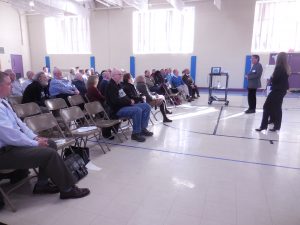 The Turnpike study working group kickoff was held in Blandford on Thursday.

BLANDFORD – The kickoff meeting for the MassDOT working group that will study whether to add an interchange on the Mass Turnpike between Exits 2 and 3 took place in Blandford on Thursday. The feasibility study was voted as an amendment to the budget in May of 2017, sponsored by Rep. William “Smitty” Pignatelli (D-Lenox) and supported with an amendment in the Senate by Senators Don Humason (R-Westfield) and Adam G. Hinds (D-Pittsfield).
Pignatelli was present at the meeting, along with Humason’s Chief of Staff Drew Renfro, and Hinds aide Alfred “A.J.” Enchill Jr. Also present were Westfield Mayor Brian P. Sullivan and Gr. Westfield Chamber of Commerce Executive Director Kate Phelon, both on the working group, and Chief of Police John A. Camerota along with dozens of officials from the towns between Westfield and Lee.
Before the meeting, Sullivan said he is interested in a turnpike exit if it might “release a little traffic on Elm Street and Franklin Street.” 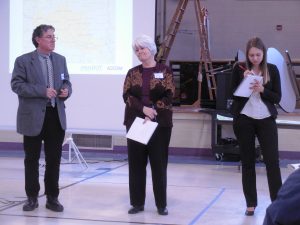 Cassandra Gason of the MassDOT Office of Transportation Planning introduced herself as the project manager for the study. She also introduced Nancy Farrell and David Derrig of AECOM Designs, who will be undertaking the study.
“I’m very impressed with the turnout,” said Farrell, the outreach coordinator for the project. She said this meeting was the first for the working group, which will also be looking for public input over the course of the next year.
Derrig said the feasibility study will look at communities adjacent to the turnpike, as well as some hilltowns that may benefit from the access. Maps of the study area were laid out on tables for people to look at and comment on at the end of the presentation. He said one-half mile to either side of the turnpike would be the immediate study area.
Derrig said the goal would be to see how traffic could be diverted from the two interchanges in Lee and Westfield, and whether there is a “sweet spot” in the middle that would benefit the community. He said there are two objectives: improved access for the towns in the study area, and mitigating traffic on exits 2 and 3.
Other factors that will be studied are environmental constraints in terms of topography and habitat, wetlands, air and noise, cultural resources, archeological and historic resources. They will also look to identify economic benefits to the towns.
Another goal of the MassDOT is to reduce miles travelled and hours travelled, according to Derrig. “If we reduce miles travels and hours travelled, we reduce emissions,” he said. 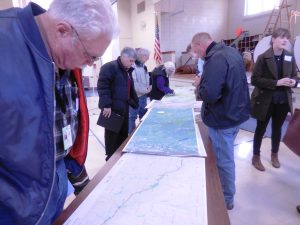 Maps of the study area were laid out for input.

He said the study group will look at all of the criteria, including whether the exit is needed. They will then screen alternatives out, to get to 2 or 3 preferred alternatives. He said they expect to start with all of the cross roads that intersect the turnpike, and look at whether they could fit a full diamond, clover or trumpet exit. He said in the end, they will have a giant matrix and alternatives.
The last criteria, Derrig said is financial and regulatory. He said the project could cost tens of millions or hundreds of millions. He said they will look at construction costs and constructability as they go. He said they will focus on publicly-owned property. “Permits – there are lots of permits,” he added.
Derrig said the next step after the study is the 25% design and environmental studies, which can take a year or two to do.
Farrell said there will be a database created and a website on the study which will be up soon. She also said there will be three public meetings, the first to be scheduled in April. 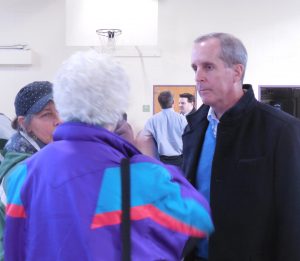 “I’ve been dealing with this issue for a long time. Talking about the on and off ramp, now that the tolls are gone, why can’t we talk about a very simple slip ramp,” asked Pignatelli.
Derrig said the Federal Highway Administration would likely require a full access interchange to both sides of the highway. He said the diamond is the easiest configuration and could add it to an underpass or overpass.
“In this case, I would expect it would be a low volume interchange, something like a diamond,” Derrig said, adding, “Eventually we’ll have to do an interchange justification of benefits vs. costs vs. impacts.”
Mayor Sullivan asked what is the decision-making part, where does the decision lie?
Derrig said the purpose of the study is to bring recommendations. Once the study is complete, it goes into project development. Once the project is initiated, at the 75% design base, the program and funds process begins. He said it’s important to take away that at the end of the study, they will have one or two best alternatives if an interchange were to go in.
“What is the blue sky estimate, two years? Ten years?” asked Blandford selectman Adam Dolby about when an interchange might actually be completed. Derrig said it is an eight year process. “The environmental and design process is 2-3 years; construction, a number of years. So it’s going to take eight years,” he added.
Derrig also said if the preferred location turns out to be the Blandford rest area, there may be earlier access.