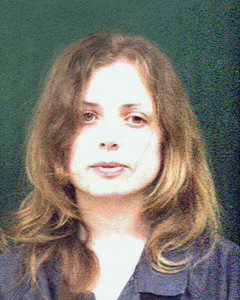 WESTFIELD – A city woman who fled the state with her baby will not return to Westfield until routine administrative hurdles are surmounted, a State Police official said yesterday afternoon.
Cheryl Kozaczek, 28, of Woodmont Street, was arrested by Virginia State Police on warrants issued by Westfield District Court Wednesday afternoon after she was stopped on Interstate 95 near Emporia, Va., as she approached the North Carolina border.
An Amber Alert had been issued after Kozaczek’s mother, who had legal custody of her granddaughter, reported early Wednesday morning that her daughter had taken the 14-week-old baby and left in a stolen pickup truck some time after 1 a.m.
The woman told police that her daughter was upset about an upcoming court proceeding which she feared might force her to submit to counseling by a local social service agency.
City police enlisted the assistance of the State Police who issued the Amber Alert later in the morning.
Westfield Police Capt. Hipolito Nunez explained that there was fear for the child’s safety as her mother is not mentally stable. He said that the child’s grandmother had been granted custody of the infant after her birth because of her daughter’s mental health issues.
State Police were able to develop “credible information” that the woman was driving south and were able to track her progress generally through Maryland and Virginia.
Virginia State Police, notified by the Amber Alert, monitored traffic along the woman’s apparent route until the stolen vehicle she was driving was located and stopped.
Capt. Peter Higgins, the commander of the State Police detective unit assigned to the Hampden County District Attorney’s office, said yesterday afternoon that he does not know when and how Kozaczek will be returned for arraignment in Westfield District Court but said that, due to concern for safety issues which might be posed by “family, friends and enemies”, travel plans will not be made public.
He said that, based on past experience, Kozaczek was “probably brought to court today, if in fact the courts are open (after Hurricane Sandy)” for arraignment as a fugitive from justice and said that she would have ten days to contest extradition if she chose to.
After that, he said that detectives from his unit and/or detectives from the Westfield force would travel to Virginia to escort her back to the Commonwealth.
Higgins also said that the Virginia equivalent of the Massachusetts Department of Families and Children “would probably assume responsibility for the child” and would work with her legal guardians who would be likely to travel to Virginia to get her.
However, Westfield Det. Roxanne Bradley said yesterday that DCF representatives petitioned Holyoke Juvenile Court for guardianship of the child and their suit was granted yesterday afternoon, removing decisions from the hands of the baby’s grandmother.
Therefore, Bradley said, DCF officials will arrange for the baby’s return, probably by driving to Virginia to get her.