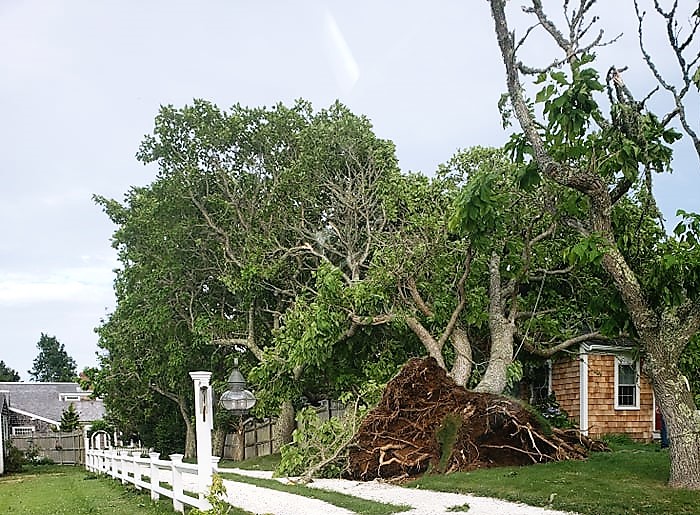 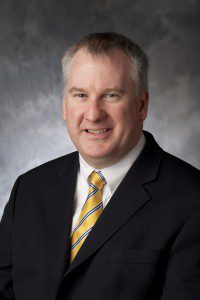 YARMOUTH – Westfield native Daniel M. Knapik is becoming a bit of a tornado expert, having now survived two while leader of his community.

Knapik was mayor of Westfield when the June 1, 2011 tornado ripped through western Massachusetts, starting in Westfield, and is currently the town administrator in Yarmouth where a tornado touched down Tuesday.

Knapik said if Yarmouth receives a federal declaration it will be the sixth disaster he has survived and joked that he was feeling a bit like a jinx. All that experience, however, placed Yarmouth in good hands.

“Having been through this a number of times has certainly been a benefit,” Knapik said Wednesday morning. “This event came on rapidly and is different from a snowstorm or hurricane. You ride out the storm, so to speak, and get right to recovery ASAP once it passes. You rely on training of your team and their experience and get the job done. We had just had a multi-town disaster exercise in April so the needed steps to take were fresh in everyone’s mind.” 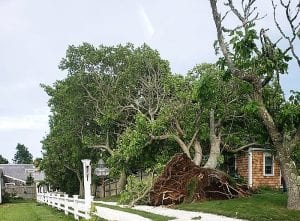 This large tree was completely uprooted in South Yarmouth during a storm July 23, which included two tornado touch-downs. Southwick resident Frank Mancini was on vacation with his children and took this photo. (Photo submitted)

There were about 8,000 homes in Yarmouth without power last night, which is about 45 percent of the town. A regional shelter is being housed at Dennis Yarmouth High School, which offers a power source for anyone who needs to charge a device or use medical equipment.

Knapik said this tornado was different than the Westfield tornado.

“This was different in that it came upon us quickly. If you had a TV on you may have had more warning,” he said. “I was in a staff meeting and as the rain got stronger and the wind picked up, we got our first warning.”

During the meeting Knapik saw trees fall outside the building.

“And then the rain and debris started a circular pattern, so I ordered everyone to the lower level and we were able to watch the reports via computer,” he said.

Knapik splits his residency between Yarmouth and Westfield and his wife Tricia and two sons spend much of their time with him on the Cape in the summer. The Knapiks were in Yarmouth yesterday.

“Tricia was visiting at Town Hall…the kids were at basketball camp at Monomoy High School, which was right along the path. That was nerve wracking for sure. But it is a new school and I felt it was the best place they could be if they weren’t with us,” Knapik said. 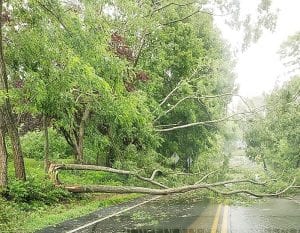 No injuries have been reported as of press time, however, there are many downed trees and lines.

“Some houses had trees on them and our sailing school boats where flung around the site or sunk,” Knapik noted.

Knapik said anyone within Yarmouth and surrounding towns have somewhat limited communication.

“What people should know is that the communication system of texts, cells and internet are all subject to failure,” he said. “And once you go out it is an isolating feeling. I could get texts but not send out…I could not place a call with a cell reliably. A plan of action for your family, old school radio, and landline phone are all good things to have.”

Knapik said batteries, flashlights and candles should be accessible in case of continued power outages, and keeping devices charged will help.

Knapik drew upon his past disaster experience and took quick action.

“Yes, it was not a good moment, but as the leader of the town or any organization you need to stay calm and be in charge,” he said, “then quickly get recovery ops going . . . that keeps your team’s morale up and get your community back to normal, all of which I have learned over the years is critical to success.”

Knapik said being in the daylight and warm temperatures alleviated some challenges associated with disasters. However, a tornado on Cape Cod in July means more people.

According to the National Weather Service, two EF-1 tornadoes touched down on Cape Cod, with most of the damage hitting Yarmouth’s neighboring town Harwich.