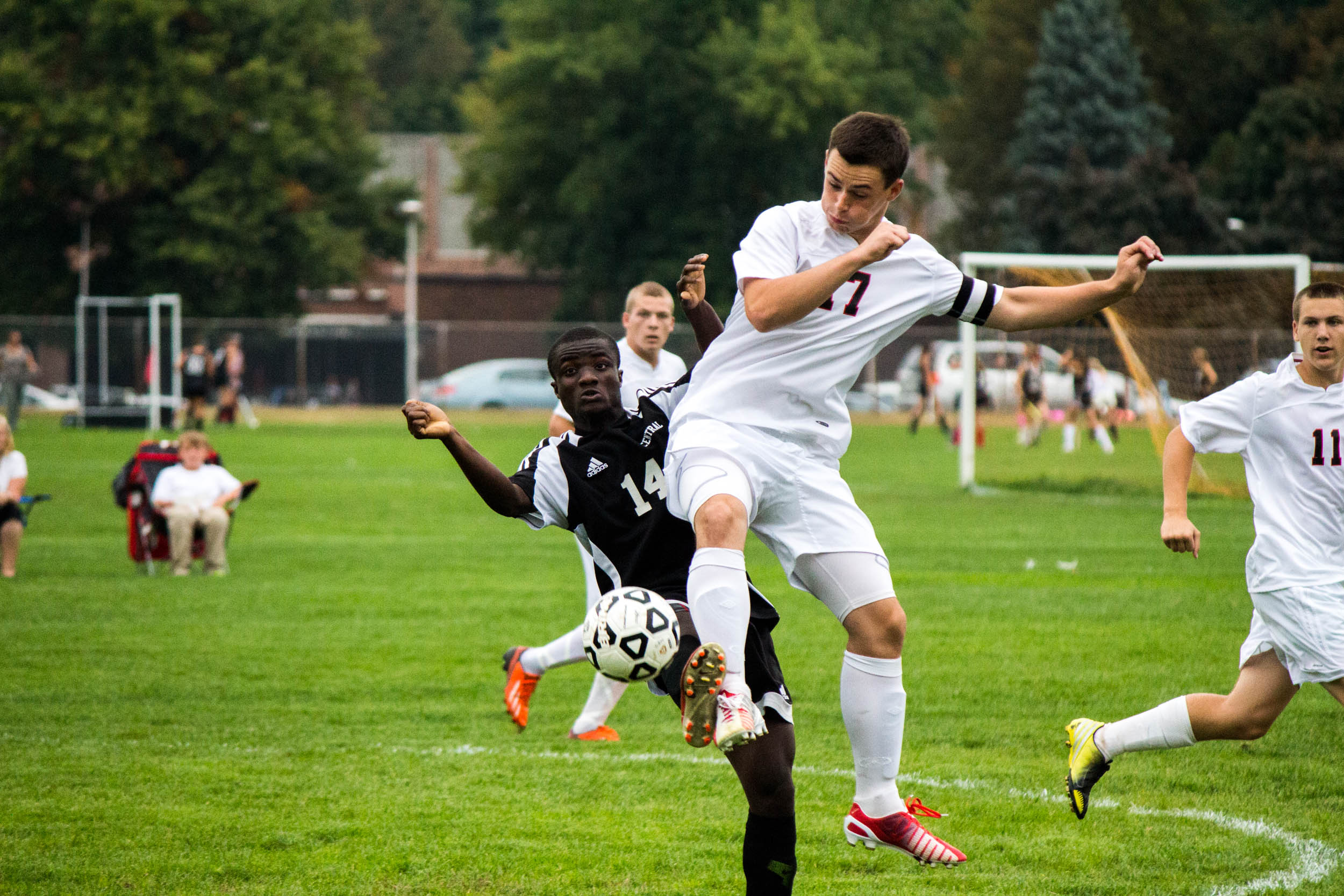 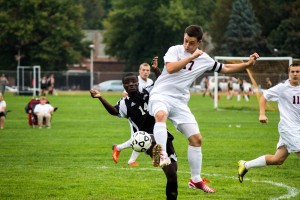 Westfield senior captain Chris Sullivan leaps to keep the ball out of the Bombers’ backfield Monday against visiting Central. (Photo by Liam Sheehan)

“There’s not much to say in a 0-0 game, but so much went on,” said Westfield coach Andrew Joseph, whose team delivered highlight reel plays, and solid defense despite finishing deadlocked in a scoreless tie against the visiting Central Golden Eagles Monday.
Westfield High’s Dante White hit the post on an electric shot, coming up just short. The Bombers’ defense clamped down on the Central Golden Eagles and Ian Saltmarsh made several big saves to preserve the tie.
“It was a very, very physical game – probably one of our most physical games of the year,” coach Joseph said. “It was definitely very exciting because of the physicality.”
“I thought we were going to come away with a win because of our pressure, but we didn’t. I credit both teams for giving everything.”