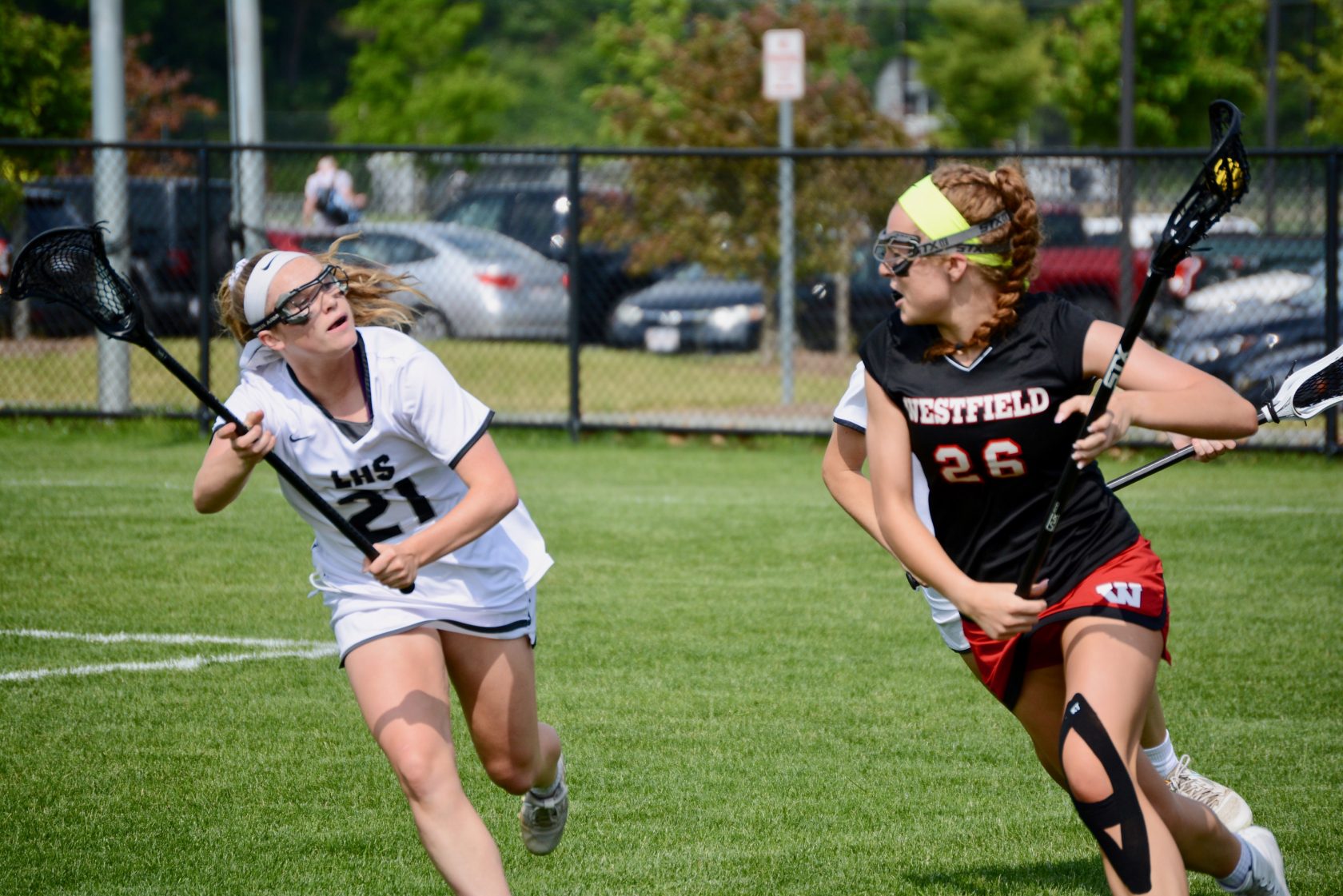 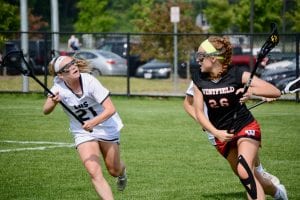 LONGMEADOW – Apparently a 13-day layoff did not slow the Longmeadow High School girls lacrosse offense.
The long break between the end of the regular season and the start of the postseason, in effect, appeared to recharge one of the region’s most powerful teams.
Top-seeded Longmeadow reeled off 23 unanswered goals to ninth-seeded Westfield’s net sum of zero for a 23-0 shutout in a Central-West Division 1 quarterfinal Wednesday.
“That takes serious dedication,” Westfield girls lacrosse head coach Paul Fenwick said of Longmeadow’s continued dominance. “There’s a reason they’re number one. I love the matchup every year. It shows us where we actually stand in the bigger scheme of things.”
It took Longmeadow (14-4-1) one minute, 48 seconds to get on the board – Ilana Kofman got the Lancers party started – and the rest was history.
Kofman went on to finish with two goals and five assists. Longmeadow’s Jenna Joseph led all scorers with seven goals.
“We had about two weeks to prepare,” Joseph said. “Thirteen days of hard work and running, and it paid off today. …We came out fired up and ready to play.”
Kay Conway had four goals; Lizzy Walsh, 3; and, Kelsey Low and Ilana Kofman had two apiece.
Westfield finishes the regular season with a record of 13-7. The Bombers won their opening round tournament game on the road at No. 8 Shepherd Hill on Monday, 12-8.