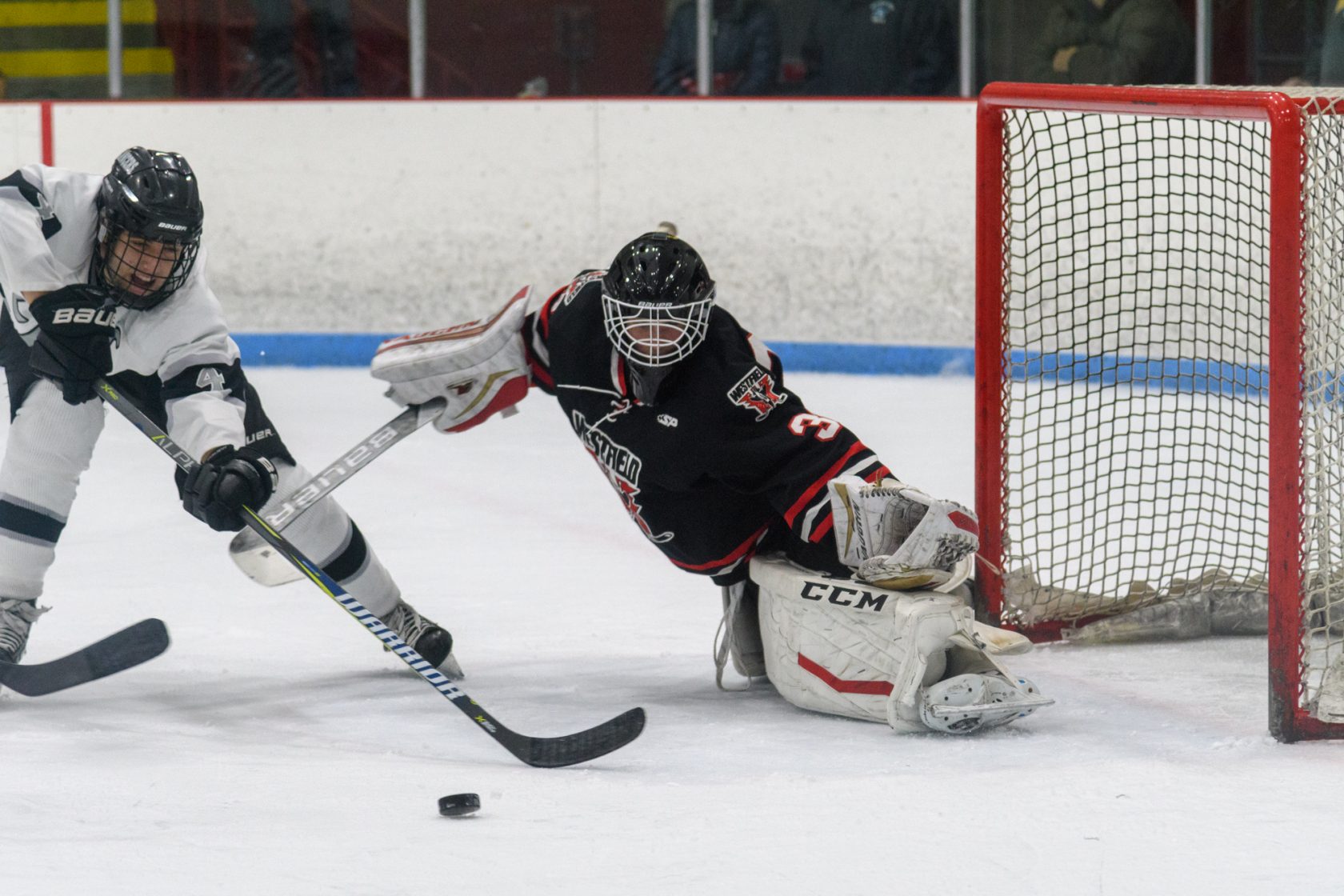 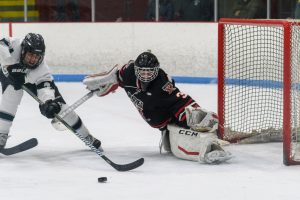 Westfield goalie Cam Parent and Longmeadow forward Spencer Robbins both stretch out for the puck Thursday night at the Olympia Ice Center in West Springfield. (Photo by Bill Deren)

WEST SPRINGFIELD – After two meetings, the Longmeadow High School boys ice hockey team is winning on the judges scorecards: two rounds to none.
Longmeadow completed a season sweep of the regular season series with Westfield, upending the defending Division 3 champion Bombers 3-1 Thursday night at the Olympia Ice Center.
Junior forward Jack Barron scored two goals, and senior forward Spencer Robbins had a hand in every score, assisting three times.
Westfield scored first.
After a rather quiet first period, both teams exchanged a few shots early in the middle frame before the Bombers broke through.
Westfield’s Ryan Moorhouse took a shot from the right circle, going top shelf opposite corner past Longmeadow junior goalie Max Loyuk for a 1-0 lead 6:15 into the second period. Spencer Cloutier assisted.
Westfield appeared to wake a sleeping giant. Longmeadow wasted little time in bouncing back.
Forty-one seconds later, Longmeadow netted the equalizer with a goal from Barron. The Lancers jumped ahead 3:37 into the final period on one of the nicest plays of the game with Robbins setting up Barron in the crease. They padded their lead with an insurance goal in the waning minutes on a shot from Sam D’Angelo.
It was Longmeadow’s second straight win against Westfield as the Lancers enjoyed a 5-2 win over the Bombers way back on December 15. The two teams are likely to meet for a third time in the upcoming Western Massachusetts finals as the region’s top two seeds.

CORRECTION:
Tues., Feb. 20
GIRLS BASKETBALL
Southwick 42, Turners Falls 37
Emily Martin scored a game high 13 points in one of her finest efforts of the season as Southwick finished 2017-18 on a high note.