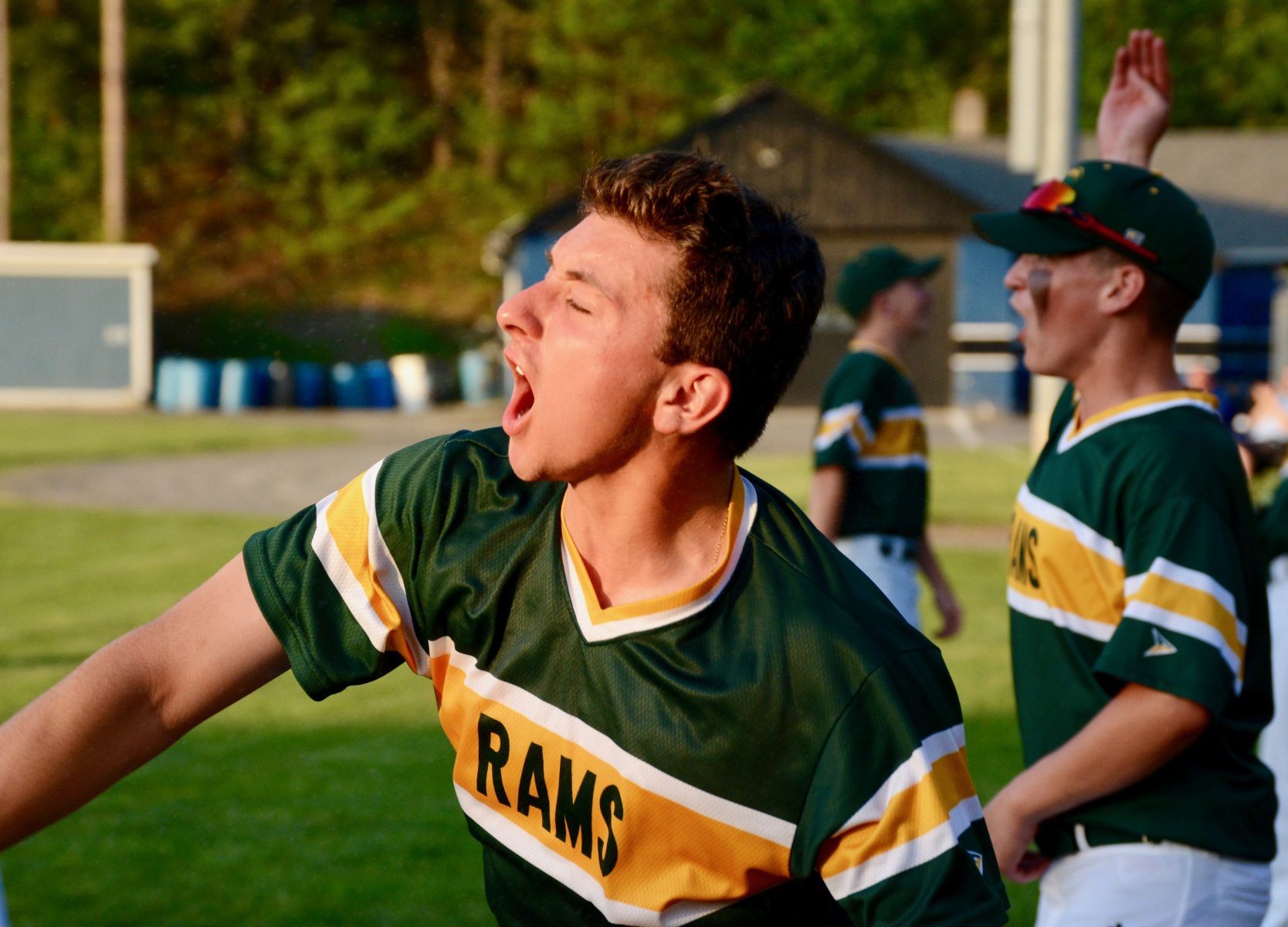 PALMER – For several high school sports teams the postseason begins now.
The Southwick-Tolland Regional High School baseball team posted a lights-out victory, of sorts, Thursday night, defeating Palmer 2-0 in a five-inning game at the Panthers’ home diamond, Legion Field.
For Southwick (7-9), it was a must win of sorts with a tournament berth on the line. The Rams must now win three of their final four games or beat Hampshire Monday and have Palmer lose at Ware to earn a spot in the postseason.
“I told the boys to play it like a tournament game, and they rose to the occasion,” Southwick coach Bill Dupre said.
Nick Kavrakis tossed a one-hitter, striking out four batters and walking one on the mound for Southwick. Rams’ Eddie Martinez went 2-for-2 with a run scored, and Bart Shea tripled and scored a run.
It was another electric outing for Kavrakis, who threw a one-hitter against Monson his last time out. 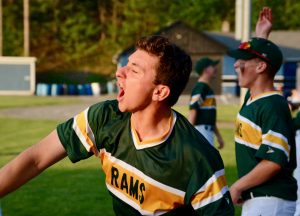 “He’s coming into his own,” coach Dupre said of Kavrakis.
Southwick and Palmer completed just five innings before the lights malfunctioned, leaving everyone in darkness. The game was ruled to be “official.”

Tigers surge
Westfield Technical Academy 18, Pioneer Valley Christian 5
Westfield Tech (8-7) pulled within one game of a tournament berth with a big offensive outburst.
Alex Sparks went 5-for-5 with two homers and eight RBIs. Nick Clegg finished 6-for-6 with a home run and two RBIs. Cody Garwacki was 4-for-5 with three doubles and three RBIs. Andy Daniels went 2-for-4 with a double and two RBIs. Chris Boyden had two hits and an RBI. Brandon DeGray, Tanner Haley, Grady Jorhemson, and Mike Durkee also each had a hit.
“It was great to see the bats come alive, and all at once made it even better,” Westfield Tech coach Bob Eak said. The Tigers’ pitching was equally as impressive.
Garwacki scattered five hits, struck out 10 batters, and walked four.

BOYS’ TENNIS
Bombers chase Terriers
Westfield 3, West Springfield 2
Tristin Viale (6-0, 6-2) and Jalen Bodendorf (6-0, 6-0) won at first and third singles, respectively, for Westfield, and No. 1 doubles’ pair Lyle Libanan and Matt Roberts won, 6-3, 6-4 over West Side’s Jacob Johnson and Ben Heath in a key matchup of premier Pioneer League foes.
“We worked extra hard to avenge that first loss to West Springfield,” Westfield coach John Morizio said.
In their first meeting, Westfield was missing several key players who were absent due to school trips. The Bombers were also shorthanded against Central, aiding their opponent’s quest for a league title.
With Thursday’s victory, Westfield improved to 10-2 overall, 6-2 Pioneer League.
Westfield will now turn its attention to this weekend’s continuation of the Western Massachusetts playoffs at Longmeadow High School. On Saturday, Viale will take on Ashvin Babu in a matchup of top talents. The match is expected to being shortly after 10 a.m.
Second doubles pair Erik Unger and Will Scott are anticipated to begin their respective match around 8:45 a.m. Jalen Bodendorf and Matt Roberts are expected to take the court a short time later.
“We’re a good solid team – our record speaks for itself,” coach Morizio said. “Hopefully our players will pick up the sport for life. This is a big stepping stone.”