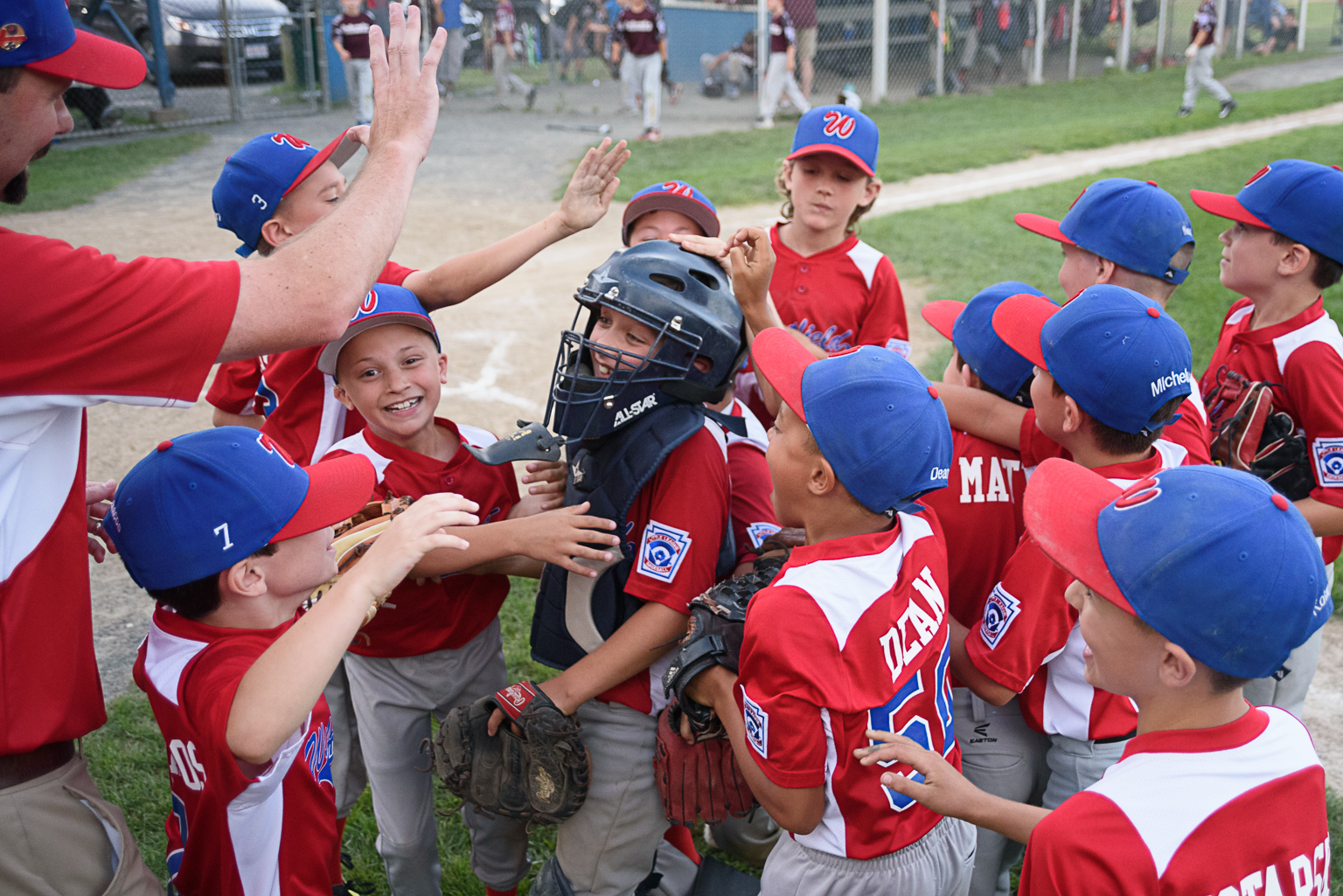 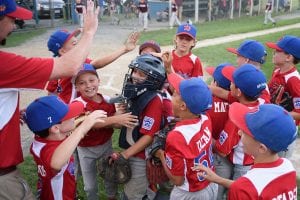 WESTFIELD – While the final chapter has been written on this summer’s Little League Baseball All-Star season in the City of Westfield, the future remains bright.
The Westfield Little League Baseball 9-Year-Old All-Stars closed out a storybook season by capturing a District 2 championship Monday, defeating Easthampton 8-4 at Ralph E. Sanville Memorial Field on Cross Street.
Westfield’s premier batter, No. 3 hitter Nick Madsen led the team, going 3-for-4 with a triple, two runs and a RBI. The Whip City’s starting pitcher Jaylen Dean silenced Easthampton over three innings, allowing just three hits and one run, while striking out four.
“(I was thinking) just hit that ball far,” said Madsen, who also squeezed the final out of the game as the team’s catcher behind home plate with a tremendous defensive play on a pop fly.
Both teams threatened right from the outset, but it was Westfield that took advantage first.
Patrick Larson reached on a one-out infield single to begin the game for Easthampton, and advanced on a wild pitch. Anthony Pacinella was hit by a pitch. Both base runners advanced on a wild pitch. Dean came back to strike out the next two batters though to keep the opposition off the board.
In the home half of the first, Jameson Cotto walked to lead it off for Westfield. Cotto advanced on a wild pitch. Madsen followed with a one-out single to right field. Then, after forcing a fly out for the second out of the inning, nifty base-running from Westfield combined with errant throws by Easthampton resulted in a run-scoring error.
Larson manufactured the tying run in the third, reaching on an error, stealing second base and scoring on Myles Scribner’s RBI hit to right field.
Westfield’s bats came alive.
In the third inning, Dean led off with a single to right-center field. In the next at-bat, Madsen unleashed a soaring RBI triple to center field that traveled well over the center fielder’s head as he retreated toward the fence. A sharp line drive hit through the left side of the infield from Carsen Michelucci made it 3-1. Alex Miller followed with a RBI single. A bounding ball off the bat of Cotto gave Westfield a commanding 5-1 advantage.
Westfield tacked on another run in the fourth when Madsen reached on a line drive up the middle, advanced to second and third on wild pitches, and scored on Michelucci’s fielder’s choice.
Easthampton kept at it, taking advantage of a couple hits, and a smattering of wild pitches and passed balls in the fifth to pull within 6-4.
Westfield quickly recaptured those two runs. Easthampton dropped a towering fly ball by Madsen in the field of play near the third base bag that allowed a run to score. A wild pitch made it 8-4.
Tyler Neal closed out the game on the mound for Westfield, retiring the first two batters he faced (ground out, strikeout), and after allowing two batters to reach, came back to force the final pop out at home plate.
LL TOURNEY UPDATE: The Westfield Little League 10-Year-Old All-Stars were eliminated from the postseason this past weekend with a pair of losses to Holden, 1-0 and 12-9. … The city’s Little League Softball 10U All-Stars will play Jesse Burkett (Worcester) July 20 in Lynn at 2 p.m. The winner will advance to face the winner of Woburn-Marblehead in the championship Sunday at noon.