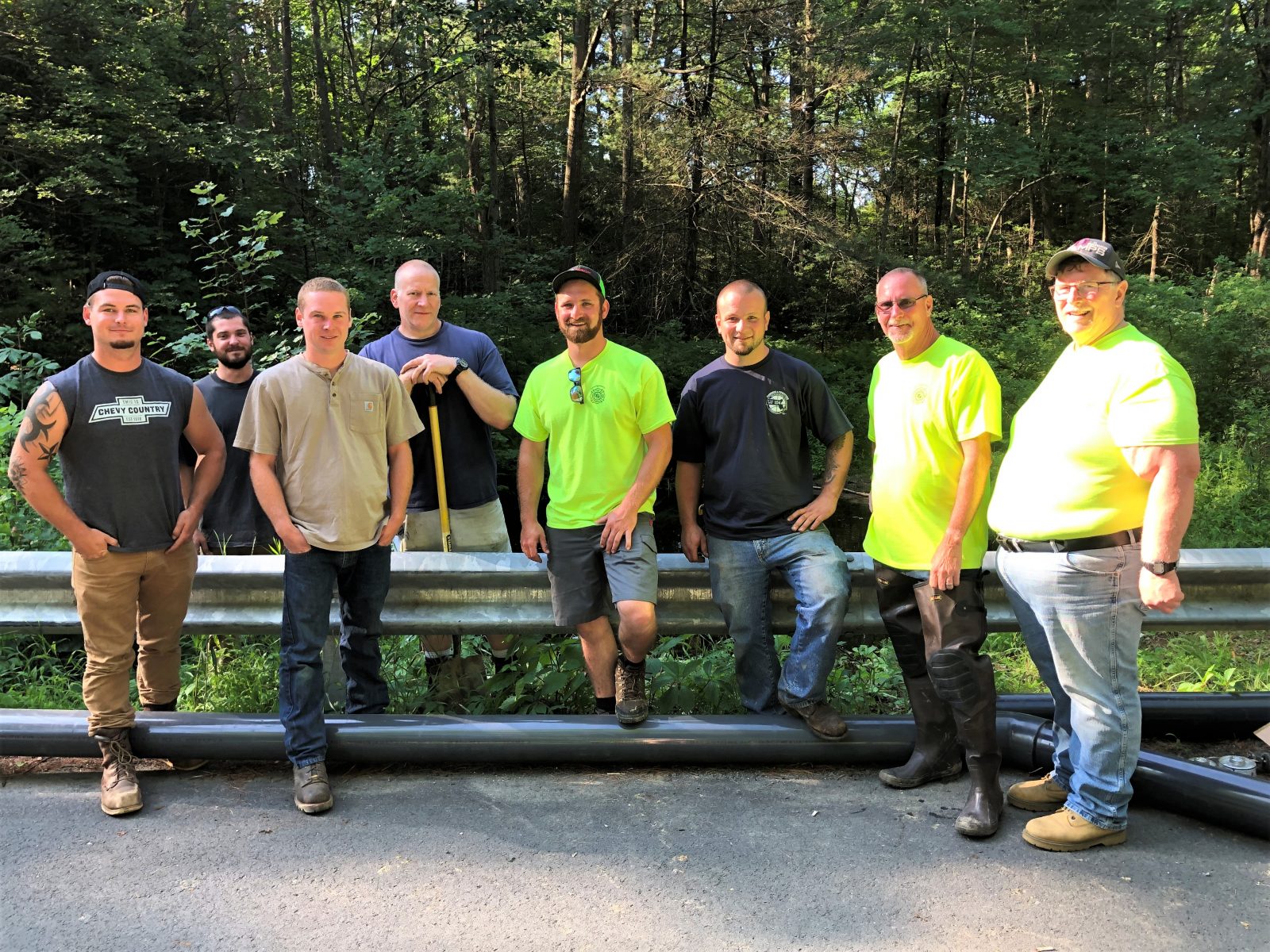 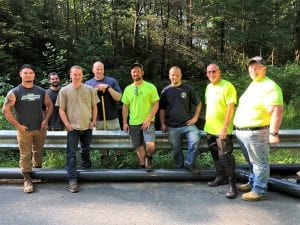 MONTGOMERY – Early Saturday morning, volunteers from the Montgomery Fire Department and the Plumbers and Pipefitters Local 104 out of Springfield gathered on Old House Road in Montgomery to replace and install a dry hydrant system to one of the primary water sources for fire protection and extinguishment in town.

According to Montgomery Fire Capt. Mark Chretien, the dry hydrant system pulls water from a stream or pond through a six-inch diameter pipe in the center of the pool of water. It goes underground and up an embankment towards the road, and becomes a hydrant through a series of fittings, allowing the fire truck to pull alongside and make a connection. 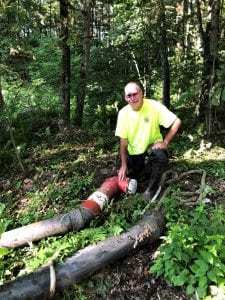 Montgomery Fire Captain Mark Chretien with old dry hydrant after removal. He said the new system would have a similar cap. (Photo by Amy Porter)

In this case, the pond is formed by a brook that drains down from the swamp at the top of the mountain on Montgomery Road down to the Old Westfield Reservoir. Chretien said the pond is one of the main reliable sources of water in town, and never dries up. It is also located near the largest concentration of homes in Montgomery, and is a primary drafting site for the town.

Chretien said that during one of their trainings with the Massachusetts Firefighters Association, they noticed that the 25- to 30-year-old system in place was showing signs of wear, and developing cracks which would allow air into the pipes, causing it to become unreliable. 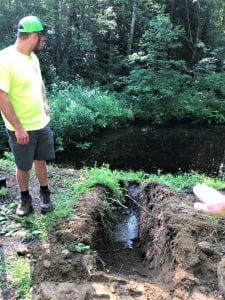 Trench to pond off Old House Rd in Montgomery to lay pipe for new dry hydrant. (Photo by Amy Porter)

Chretian approached his friend Kyle Maslak of Russell, a pipefitter’s apprentice with Plumbers and Pipefitters Local 104 out of Springfield, to talk about the possibility of replacing the dry hydrant system.

“I approached the union after Mark approached me, and (went) to Union Hall. The plumber’s union likes to do community projects. They were very responsive,” Maslak said. Local 104 agreed to provide labor and supplies, and drafted P.V. Sullivan Pipe Distributors out of Chicopee to donate piping for the new system. 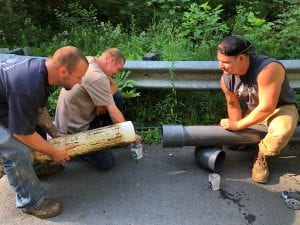 Local 104 volunteers attach old strainer, which they said was in good condition to the new piping. Strainer goes in the pond. (Photo by Amy Porter)

Chretien said the union had a budget set for the community donation of around $1,000 at union cost for materials and donated labor. He said the project went over the budget a little, by $163, which was the end cost to the town.

After waiting for water levels to be down from the spring, they scheduled the 7 a.m. work crew this past Saturday morning with volunteers from Local 104 and the Montgomery Fire Department, and the work was completed in a few hours. 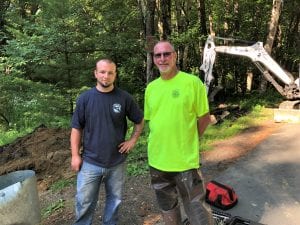 Chretien said Local 104 was gracious in taking up the project and getting donations from community partners. ”This will help us to become more efficient for drafting of water,” he said.