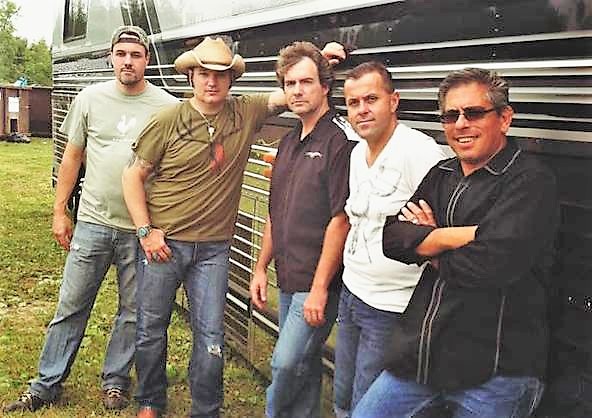 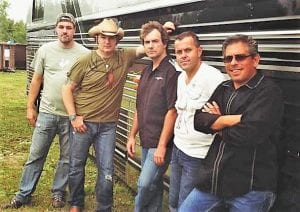 WESTFIELD  – King Kountry will take the stage for the first MusicFest concert of the summer Thursday, rain or shine.

Westfield On Weekends is hosting the free event July 18 at 7 p.m. at Park Square Green as part of its seventh season of MusicFest. However, WOW President Amber Danahey said in case of rain, there is a Plan B.

“In case of rain, Shaker Farms Country Club will host us under their pavilion,” she said.

MusicFest was supposed to kick-off last month with Allman Brothers tribute band Hittin’ the Note, but a pending storm postponed that show.

“We have rescheduled Hittin’ the Note to Sept. 12,” said Danahey. “So, we are extending the summer concert series.”

Kelsey Veillette of the Screaming Hearts Band will open Thursday’s show with an acoustic soul-rock set at 6 p.m.

King Country is the first of three free concerts on the Green.

“The Green is the perfect venue for outdoor concerts and we again anticipate huge audiences as in past years,” Jerry Tomasko, WOW’s MusicFest chairperson said. “Our focus this season will be on three talented professional ensembles that have huge followings in the region and beyond.”

Guillemette is a 10-time International Elvis Tribute Artist winner and has performed his inspiring “A-Ray-of-Elvis” show throughout the United States, Canada and Japan for over twenty years.

Danahey said The Tavern will provide beer and wine for sale on the Green and a raffle to benefit WOW features a 10-pound lobster donated by North Elm Butcher Block. The winner will arrange to pick up the lobster at another time. Vendors will offer food for sale Thursday evening.

“Come early and have dinner on the green,” said Tomasko. “For this concert, WOW will showcase Moolicious Ice Cream, Peppermill Catering, The Tavern Restaurant and Commercial Distributing as well as The North End Butcher Block.”

Because the Westfield 350th anniversary cake is located in front of the stage at Park Square Green, Danahey said local vendors helped WOW create a stage at the opposite end of the Green for the series this year.

“We appreciate all our sponsors and everyone who helps support MusicFest,” said Danahey.

WOW encourages concert-goers to bring their own lawn chairs and blankets.

MusicFest 2019 is produced by Westfield on Weekends with the assistance of the City of Westfield and sponsorship of Westfield G & E and Whip City Fiber, Tavern Restaurant, Commercial Distributing, Co., ESBank and Westfield Electroplating. In-kind assistance has been provided by Westfield State University and The Westfield News. For more information on the performers and the series visit www.westfieldonweekends.com