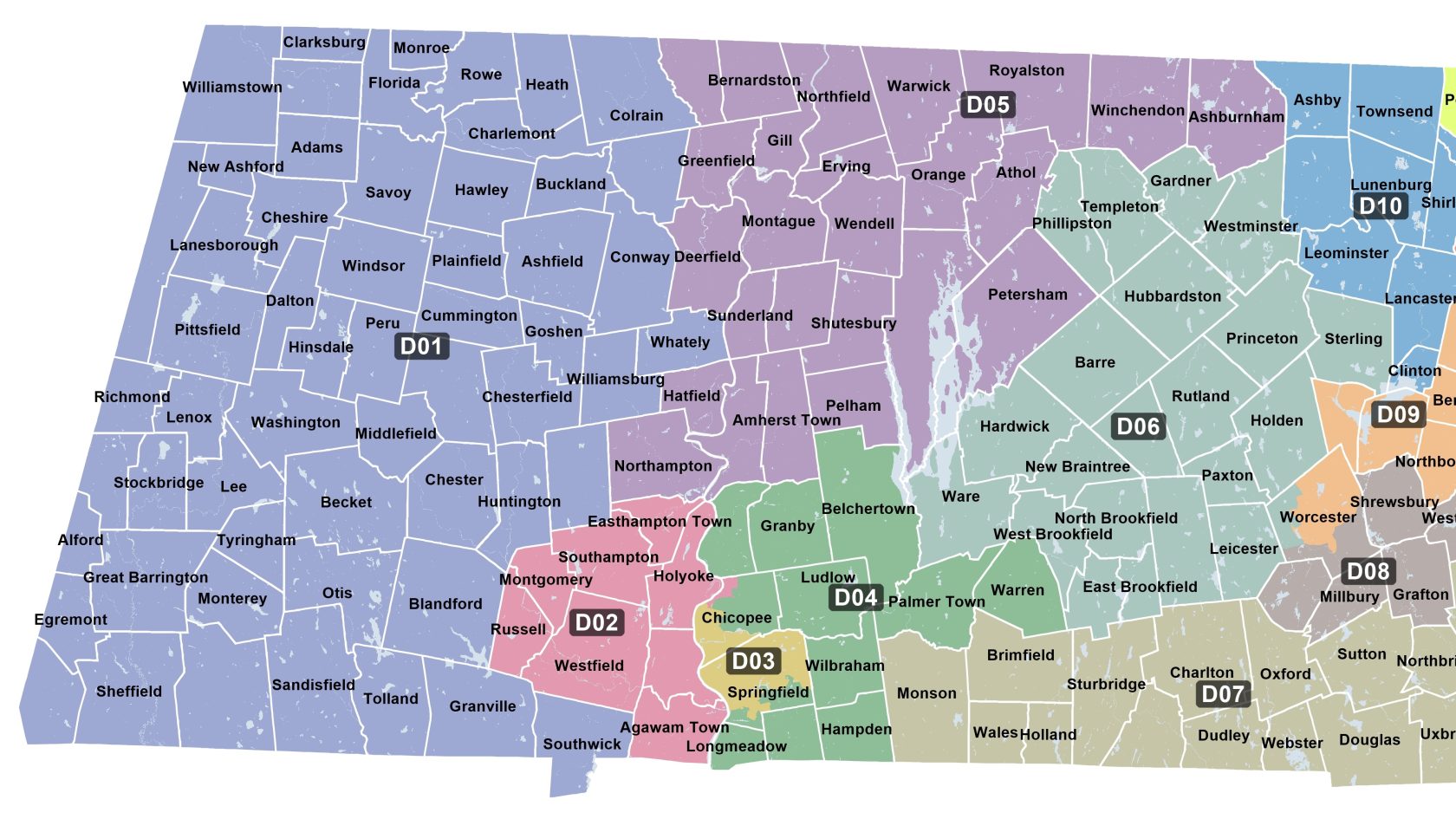 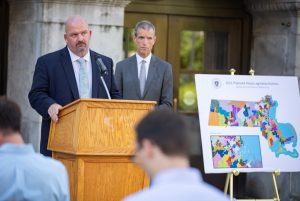 Declining populations in Westfield, Southwick and the nearby Hilltowns, contrasted with the growth of the state as a whole, mean local districts are getting larger in geographic size and generally shifting east. The state Legislature redraws the political map every 10 years in response to population counts by the federal Census. The Census was completed in 2020, and the new districts are expected to take effect in time for the 2022 state elections.

With the target district size rising to about 44,000 residents, Westfield can no longer serve as a one-city House of Representatives district, and the proposed map pairs most of Westfield with Southampton in the 4th Hampden District, currently represented by state Rep. Kelly Pease, R-Westfield.

Not all of Westfield will stay in Pease’s district, however. Precinct B of Ward 6, on the east side of the city just north of the railroad tracks, will be attached to the 6th Hampden District currently represented by state Rep. Michael Finn, D-West Springfield. That district is losing several precincts in Springfield as part of the redistricting committee’s effort to establish more majority-minority districts in urban areas.

The modified 6th Hampden District would include all of West Springfield, one precinct each in Agawam and Westfield, and three precincts in Chicopee.

The district will gain six more Hilltowns, as district lines change to account for the elimination of one representative district in the Berkshires. What was once an Agawam-Granville-Southwick district will now also include Blandford, Chester, Huntington, Middlefield, Montgomery, Russell and Tolland.

The release of draft maps on Tuesday kicks off a public comment period that will last until 5 p.m. Monday, Oct. 18. Legislators can suggest amendments to the map, and both houses will vote on it this month. Senate President Pro Tempore Will Brownsberger and state Rep. Michael Moran, the co-chairs of the redistricting effort, have said they want their plan ready for the governor to sign by the start of November, ahead of the Nov. 8 deadline for House members and potential challengers to establish residency in the district where they intend to seek election in November 2022. 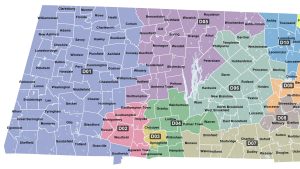 Velis’ district will continue to include Agawam, Easthampton, Holyoke, Montgomery, Russell, Southampton, Westfield and one precinct of Chicopee. It will add all of West Springfield, which is being removed from a Springfield-based Senate district.

None of the region’s representatives and senators responded to a request for comments on the new maps on Tuesday afternoon.

In a Boston press conference, Brownsberger and Moran, both Democrats, noted that the proposed Senate map creates three new majority-minority districts in Eastern Massachusetts, raising the state’s total to five.

The current Senate is overwhelmingly white. State Sen. Sonia Chang-Diaz, who is running for governor, and state Sen. Adam Gomez of Springfield are the only two people of color in the 40-person chamber. Former Sen. Dean Tran, R-Fitchburg, who came to the United States as a refugee from Vietnam, lost his re-election bid in November.

Senate leaders praised their proposal for slashing the number of cities and towns split into multiple districts by half, but some reconfigurations generated criticism and one draw the threat of a legal challenge.

One of the new districts where nonwhite residents would outnumber white residents constitutes all of Lawrence and Methuen, plus some downtown Haverhill neighborhoods that have substantial Hispanic or Latino populations.

Voting rights advocates pushed to remove Lawrence, where more than eight out of 10 residents are Hispanic, from its existing Senate district that also includes the mostly white communities of Andover, Dracut and Tewksbury.

Under the current map, Andover Democrat Sen. Barry Finegold represents Lawrence, while Sen. Diana DiZoglio represents the northernmost towns stretching from Salisbury to her hometown of Methuen. DiZoglio, a Democrat, is running for state auditor in 2022.

Brownsberger said slicing off a piece of Haverhill was the “only option” to create a Lawrence-area district where Hispanic or Latino voters did not have their political power weakened by neighboring communities, an ongoing trend that he said violates the Voting Rights Act.

But the decision to split that community drew blowback after local leaders and State House members previously called for the city to remain whole.

State Rep. Andy Vargas, a Haverhill Democrat who is running for the Senate, called it “unacceptable to cut out the heart of Haverhill and segregate the most diverse precincts from the rest of the city.”

“We’re pursuing all legal options,” Hunt, who chairs the Ward 16 Democratic Committee, said in an interview. “Clearly, the adjacent precincts are communities of common interest, ethnically, in an urban mindset, socioeconomically. This break goes against the tenet to keep cities and towns whole.”

Overall, the new map would divide 10 cities and towns into multiple Senate districts: Boston, Worcester, Springfield, Chicopee, Cambridge, Winchester, Lexington, Braintree, Haverhill and North Andover. Of those, only Haverhill would be newly split. The current map has 21 divided communities.

The House map increases the number of majority-minority districts from 20 to 33. Last session, there were just 14 members of the Black and Latino Legislative Caucus in the 160-seat House.

The new maps also would mostly avoid pitting incumbents against one another next year, with caveats in place in all four instances of two incumbents being paired in the same district, including one retirement — state Rep. Elizabeth Malia — and two examples of House lawmakers awaiting confirmation to federal appointments within the Biden administration.

Five of the new districts are expected to have no incumbent, including four of the new majority-minority districts.

In order to create two of those districts, incumbent House Majority Leader Claire Cronin of Easton and state Rep. Maria Robinson of Framingham would be paired against colleagues Gerald Cassidy of Brockton and Jack Patrick Lewis of Framingham, though those showdowns are not expected to happen.

“We used that to our advantage, but we don’t know if they’re going to get these appointments or not,” Moran said.

The other incumbents that would be pitted against one another by the new maps include state Reps. Elizabeth Malia and Nika Elugardo of Boston, and state Reps. Paul Mark of Peru and John Barrett III, D-North Adams.

Malia is planning to retire and Elugardo is weighing a run for state Senate, so the Hispanic-majority district may end up as an open seat. In the Berkshires, declining populations resulted in the elimination of a district, though Barrett may not have to face a primary election, as Mark is said to be considering a run for state Senate if Hinds runs for lieutenant governor.

While the population in Massachusetts grew by 7.4 percent to more than 7 million over the past 10 years, according to the U.S. Census Bureau, the white population declined by 7 percent, while the black, Asian and Latino populations all grew. The Asian population saw the most growth of 45.3 percent, or 157,405 people, followed by Hispanics at 41.4 percent, or 260,031, and blacks at 16.7 percent, or 65,362 people.

Moran called the new House districts a “reflection” of those trends.

“Exactly what shortly means, whether that’s a couple of days or a couple of weeks, we’re not sure yet,” he said.

Chris Lisinski and Matt Murphy of the State House News Service contributed to this report.