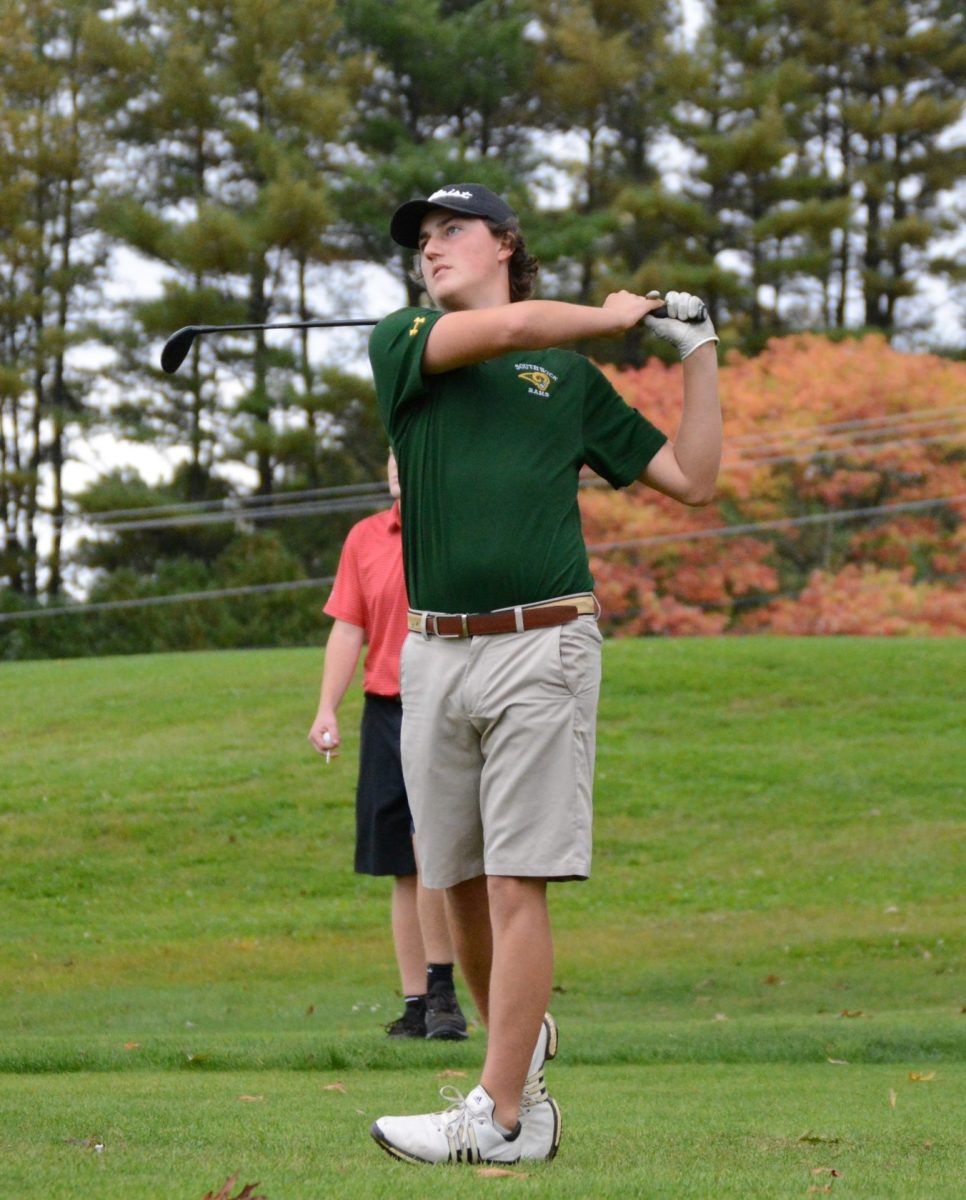 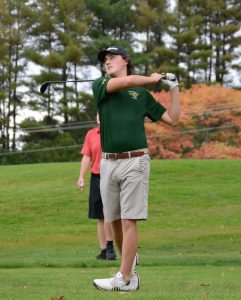 SOUTHWICK – Southwick senior golfer Matthew Garrity believes his team has saved the best for last.
On Wednesday, Garrity shot a round of 37 at Edgewood Country Club to pace his team against East Longmeadow. Although he triple-bogeyed the ninth hole, the Southwick golfer birdied the fourth and seventh holes and was on pace to finish 2-under on the course’s par-36.
“I was playing really well,” said Garrity, noting his solid putts. “It was just one of those holes. You always have those bad holes. It’s one I should have easily finished.”
Southwick’s Matt Coviello finished the afternoon with the team’s next best score (41). Jesse Johnson and Joey Malkoon shot a 43 and 44, respectively, for the Rams. The team’s No. 2 golfer Andrew Morris also had a 44.
East Longmeadow won the match 159-165.
“Andrew has pushed me to become a better golfer,” Garrity said. “We outshine one another.”
Speaking about shining, Garrity’s golf game has been next level ever since he stepped on the course as a freshman. Garrity knocked five strokes off his average between eighth and ninth grades. Then, in his sophomore season, he won the Western Mass individual title. He will get another chance to deliver another medal-worthy performance on Tuesday at the WMASS Division 3 golf championships at Berkshire Hills Country Club in Pittsfield. 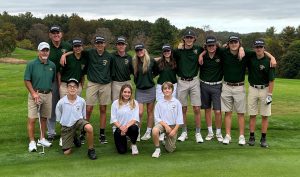 “I want to win Western Mass,” Garrity said. “If I play the way I know I can, I will outshoot anyone there.”
And as for the team title? “I want to win it both ways,” Garrity said. “I’m really proud of our team. …I know our guys can do it.”
Garrity had a few words of encouragement for his teammates – – stay positive and remember every stroke counts.
“I have seen teams fall from just one (bad) hole,” he said. “That could be the difference between first and second.”

Saints qualify for postseason
St. Mary’s 16.5, Pathfinder 7.5
St. Mary’s improved to 8-6 with a win over Pathfinder Wednesday at Tekoa Country Club, punching their ticket to the Division 3 golf championships.
St. Mary’s No. 2 golfer, Collin Freeman paved the way for a victory, shooting a match-low 51. The Saints top golfer, Cam Cusack, and Nos. 5-6 golfers, Gavin Conners and Ryan Majors each tied with a round of 54.