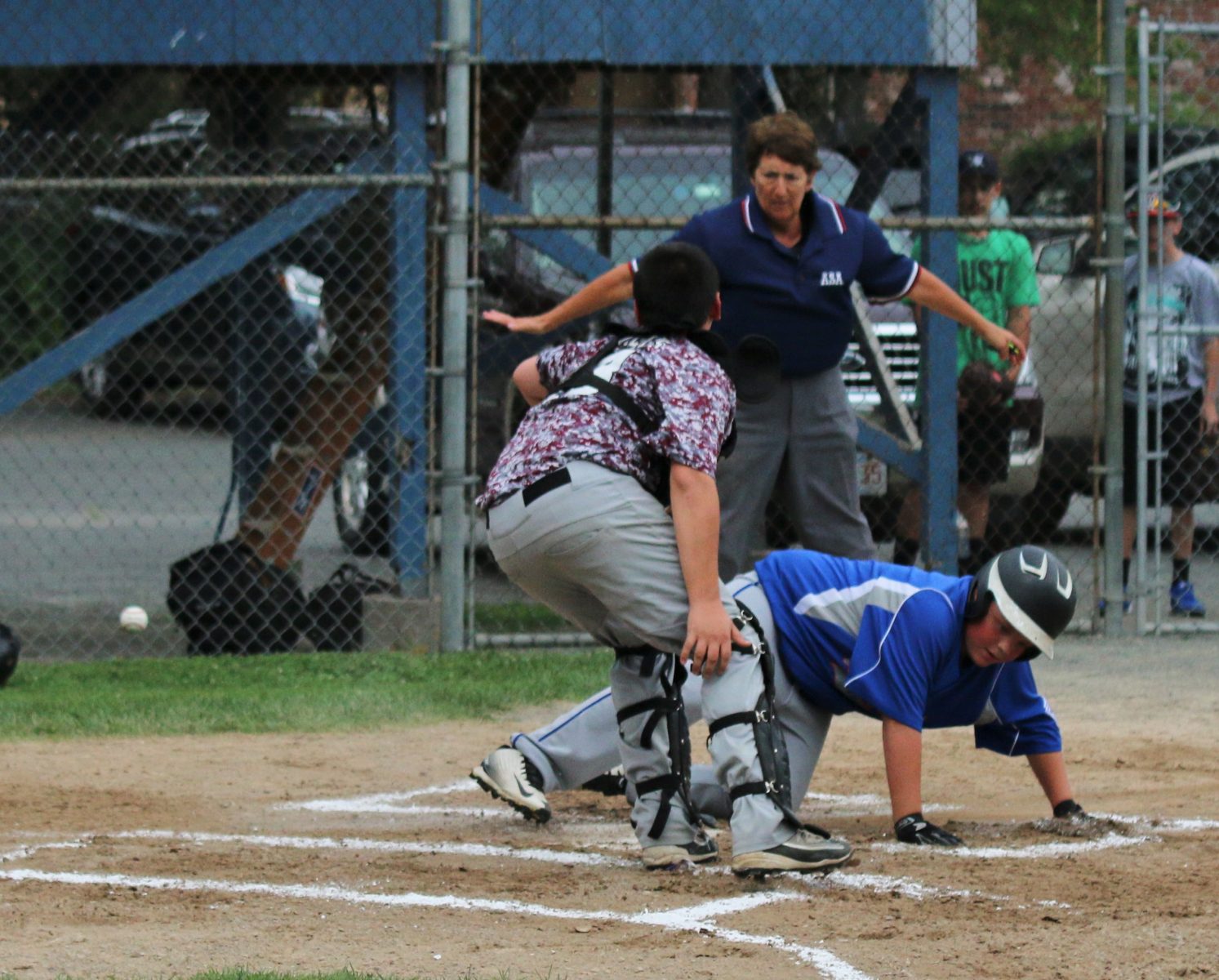 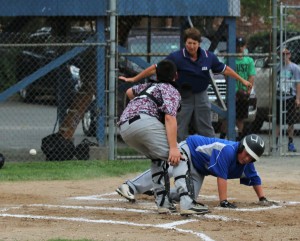 WESTFIELD – Fans of the Westfield American Little League Baseball 11-12-Year-Old All-Stars will have to wait another 24 hours to see if they will hoist the District banner.
Play was suspended in Thursday night’s district championship game with Amherst in front of Westfield American, 4-3, at Ralph E. Sanville Field on Cross Street. The game will resume Friday at 6 p.m.
Building off its success from a win over Westfield National in an elimination game the previous night, Amherst came out strong.
No. 3 batter Alex Irizarry launched a massive one-out, two-run home run over the right-center field fence to give Amherst the first lead of the game, 2-0.
Westfield American immediately answered back. 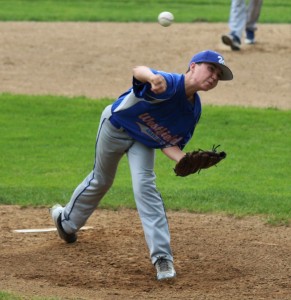 In the bottom of the first-inning, Colby Nadeau drew a lead-off walk and advanced on a wild pitch. Troy Hevey reached on an error when the Amherst right fielder dropped a towering fly ball. Dan Provost drove them both in with a two-run single to right field. Aidan King hit an RBI ground out to give Westfield American the lead, 3-2.
Amherst responded with five consecutive hits.
Ben Oates doubled with one out. Evan Dooley singled, and stole second base. Ryan Leonard hit a game-tying, one-run single. A wild pitch made it 4-3.
Westfield American fought back before storm clouds rolled in and delayed the game.
Ryan LaPoint smacked a single up the middle, and Bobby DellaPenna beat out a bunt for a base hit. Amherst pitcher Maxwell Edwards forced a fly out. Lightning struck in the distance as Jeremy McCormick came to the plate, and officials held up play. The skies opened up, and heavy rains forced a postponement.