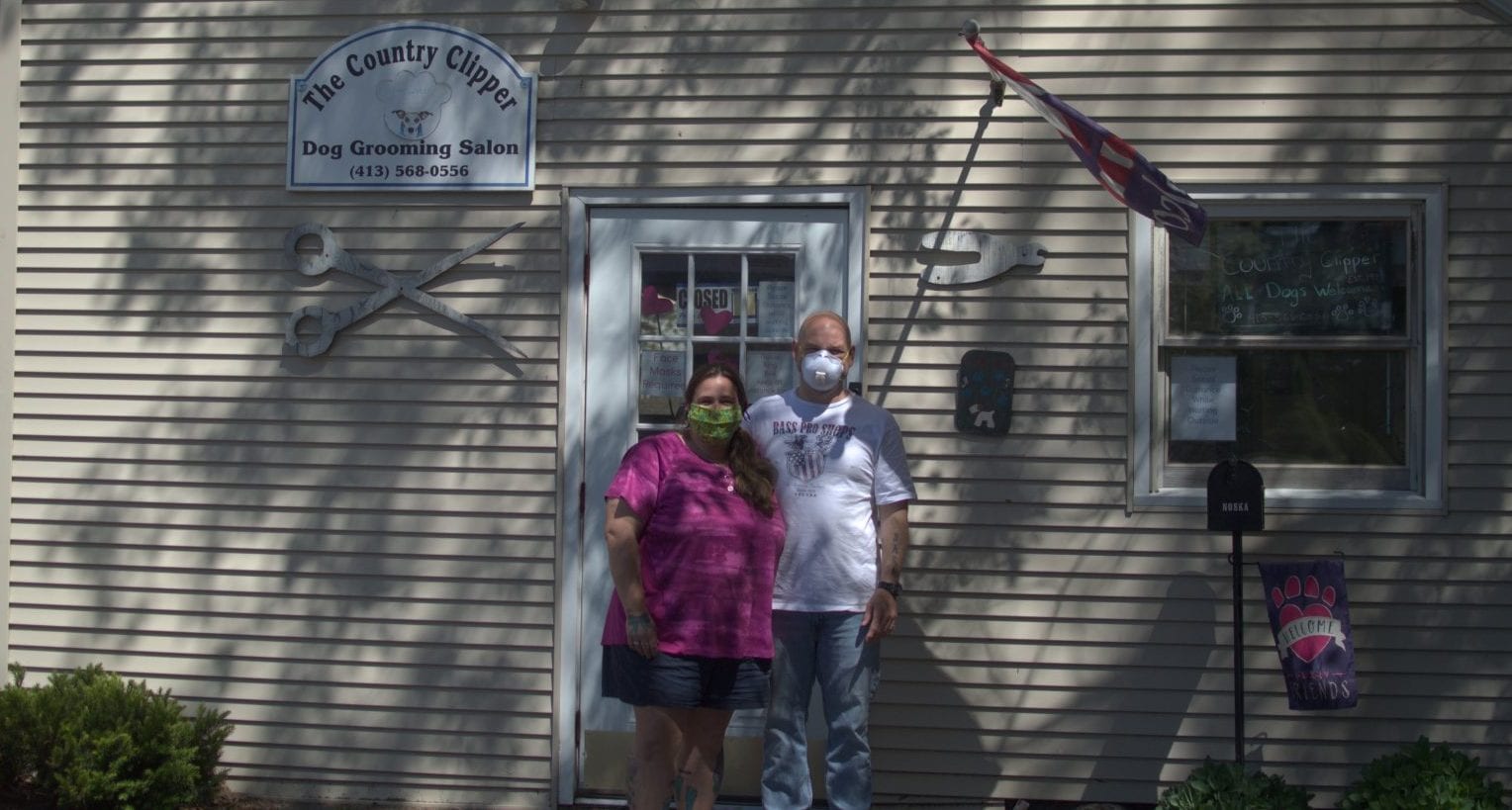 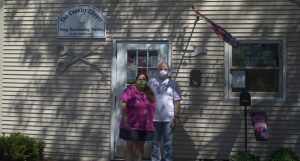 Sara and Ron Noska were at their business this week preparing to open after months of shutdown due to COVID-19. (PETER CURRIER PHOTO)

WESTFIELD – Dog groomers are among the businesses that reopened May 25, and local groomers were scrambling last week to prepare for the new ways they will be doing business.

Like most of the businesses that have been cleared by Gov. Charlie D. Baker to reopen in Phase One, dog groomers are able to mind social distancing guidelines between people just by the nature of the profession. In most cases, the client needs only to drop off their dog, leave, and return when their dog is done without ever having to enter the building.

Sara and Ron Noska, owners of Country Clipper on Russell Road, said that the biggest challenge for them to reopen thus far has been to reschedule all of the missed appointments from the previous eight weeks of closure.

“As soon as we got word that the governor was opening up parts of the state on Monday, we sat down at 11:30 a.m. and spent five hours re-booking cancelled appointments,” said Sara Noska last week.

She said they had spent an additional six hours Wednesday doing the same thing, and there are still many more appointments they must re-book. As is the case with most businesses opening on Monday, those who had appointments in March will have the first priority.

Because many of the dogs have likely not been groomed or had their nails trimmed since the beginning of the shutdowns in March, Country Clipper will be hosting a toenail clinic on Memorial Day from 11:30 a.m. to 2 p.m..

In order to limit contact between the dog owners and themselves, the Noskas got new slip leads to make it easier to transfer a dog from one person to another.

While the Noskas are prepared for the new, hopefully temporary normal for their business on Monday, they acknowledged that it will be difficult and will take some getting used to for themselves and their clients.

“It’s going to be a lot different not being able to carry on a conversation with the dog owners when they drop the dogs off,” said Sara.

While many groomers are opting to open as soon as possible, some have chosen to take it a little slower.

Tracy Durkee, owner of Serenity Dog Spa on Church Street said that she is not opening her business until Tuesday so that she can have time to print out signs and set up the shop to prepare clients for the new way of doing business.

“Fortunately it won’t be too much different. I’ve been grooming since I got out of high school in 2000 and I have always done just one dog at a time,” said Durkee, “I won’t be having multiple dogs or customers in the store.”

Like the Noskas, Durkee has two to three months worth of clients she has to re-book. Those who had appointments in March have already been called, and she is continuing to work through the list of cancelled appointments. To factor for any delays caused by the following of the new guidelines, Durkee is booking an extra 15 minutes between each client.

“Everybody has been really good so far. I’ve had a lot of these clients for 10 years now,” said Durkee.

Durkee asks that clients who come to her business wear a mask, which she asked of them before the shutdowns began. Any clients that have been sick or exposed to somebody who has been sick are asked to call and reschedule any upcoming appointments with her.