BOSTON – On Thursday, Sept. 19, a long-awaited school funding reform bill that would invest a new $1.5 billion in its public education system over the next seven years was released from joint committee, and is expected to go to the Senate for a vote in a few weeks.
The Student Opportunity Act, which was unanimously endorsed by the Education Committee, would increase Chapter 70 aid to local schools by $1.4 billion over the next seven years, and has the potential to increase to $2 billion, according to Senator Donald F. Humason, Jr. (R-Westfield).
Rep. Alice Pesich and Sen. Jason Lewis, the co-chairs of the Education Committee that has been working for months to develop the legislation, said a focus of the bill is providing resources to low-income students, according to State House News Service correspondent Katie Lannan.
“I think it’s fair to say that if this bill passes into law, we will have the strongest and most progressive education funding system in terms of how we reflect the needs of low-income students,” Lewis, a Winchester Democrat, said. “However, we realize that even with all those changes in the increased Chapter 70 aid that districts will receive, that there’s more that we can and must do to support the needs of all school districts and all students across the state, whether they are in rural districts, suburban districts, Gateway Cities or others.”
The bill uses Group Insurance Commission data to estimate districts’ employee and retiree health care costs; increases special education enrollment and cost assumptions; increases funding for English language learners and differentiates that money by grade level, with more for older students; and provides additional money based on the percentage of low-income students in a district.
It creates a “21st Century Education Trust Fund” to support schools and districts pursuing innovative approaches to learning, increases the Massachusetts School Building Authority’s annual spending cap to allow more school construction projects into the pipeline, sets up a three-year timeline to fully fund charter school tuition reimbursements, and expands a special education reimbursement program known as the circuit breaker to include transportation costs.
School districts would be required, under the bill, to set targets for closing persistent achievement gaps and make plans publicly available on how they will spend the money targeted for English learners and low-income students, Lewis said.
The bill also establishes a commission to investigate the challenges facing rural schools and tasks state officials with analyzing the ways local contributions are determined in the Chapter 70 formula. 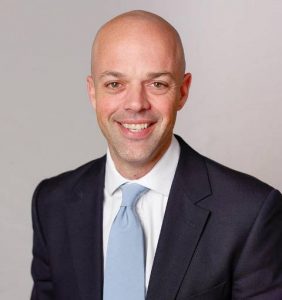 Sen. Adam G. Hinds, who served on the Education Committee, said he was hoping that rural school funding would be added to the bill. “I was hoping that we could have part of the funding (formula) go to rural schools, especially those with declining enrollment,” Hinds said. However, he said if a commission is formed, he will be fighting to identify what that formula is, rather than start over the work that has been done over the last four years by the Massachusetts Rural Schools Coalition to define the problem.
Hinds said that every school will benefit from the current bill in increased circuit breaker funding for special education transportation, and in charter school reimbursements.
“Overall, it is an incredibly big step toward ensuring educational opportunity, and closing opportunity gaps,” Hinds said.
Hinds and Humason both serve on the Ways and Means committee, where the bill will go next before the Senate vote.
Humason called the bill “long-awaited,” one he said has a lot of promise. He said some of the increases to school districts that were put into this year’s FY20 budget in the areas of charter school reimbursement and chapter 70 will now be funded into the future through the Student Opportunity Act.
Humason said he still would like to see some areas increase, including regional school transportation, which the state originally promised to reimburse at 100% when it encouraged small towns to regionalize, and never has. “The closer we get, the better,” he said.
He also said they will be looking at where the $1.5 billion will come from, although Sen. Leader Robert DeLeo announced that the increased funding would not come from taxpayers, according to the State House news service report.
Overall, Humason said the bill is a positive thing, one which local officials have been waiting for, due to school funding being such a “budget killer” for cities and towns.
“I was concerned the focus would be on urban centers out east,” he said, adding that some urban communities will really benefit. But he said every city and town will see increased revenue, and he plans to help to continue to make it more equitable for all districts.
“This is the first chance to update education funding and policies since the Education Reform Act of 1993, which set up the current funding formula,” Humason said. 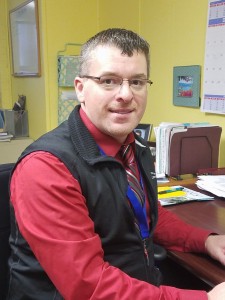 “As the Superintendent of Westfield Public Schools, I fully support the proposed Student Opportunity Act. The state funding formula for education has not been updated in over 25 years so this is long overdue,” agreed WPS Superintendent Stefan Czaporowski.
Czaporowski said over the last 25 years, the cost of educating special education and English learner students skyrocketed, largely due to unfunded mandates from the state.
“This bill also assists districts with high populations of economically disadvantaged students, which includes almost 40% of the student body in the Westfield Public Schools. As a point of fact, when the state increases Chapter 70 funding to school districts, local property taxes do not increase because of the schools. Without knowing exactly how much more funding our district will be receiving, this is still a move in the right direction,” Czaporowski said.