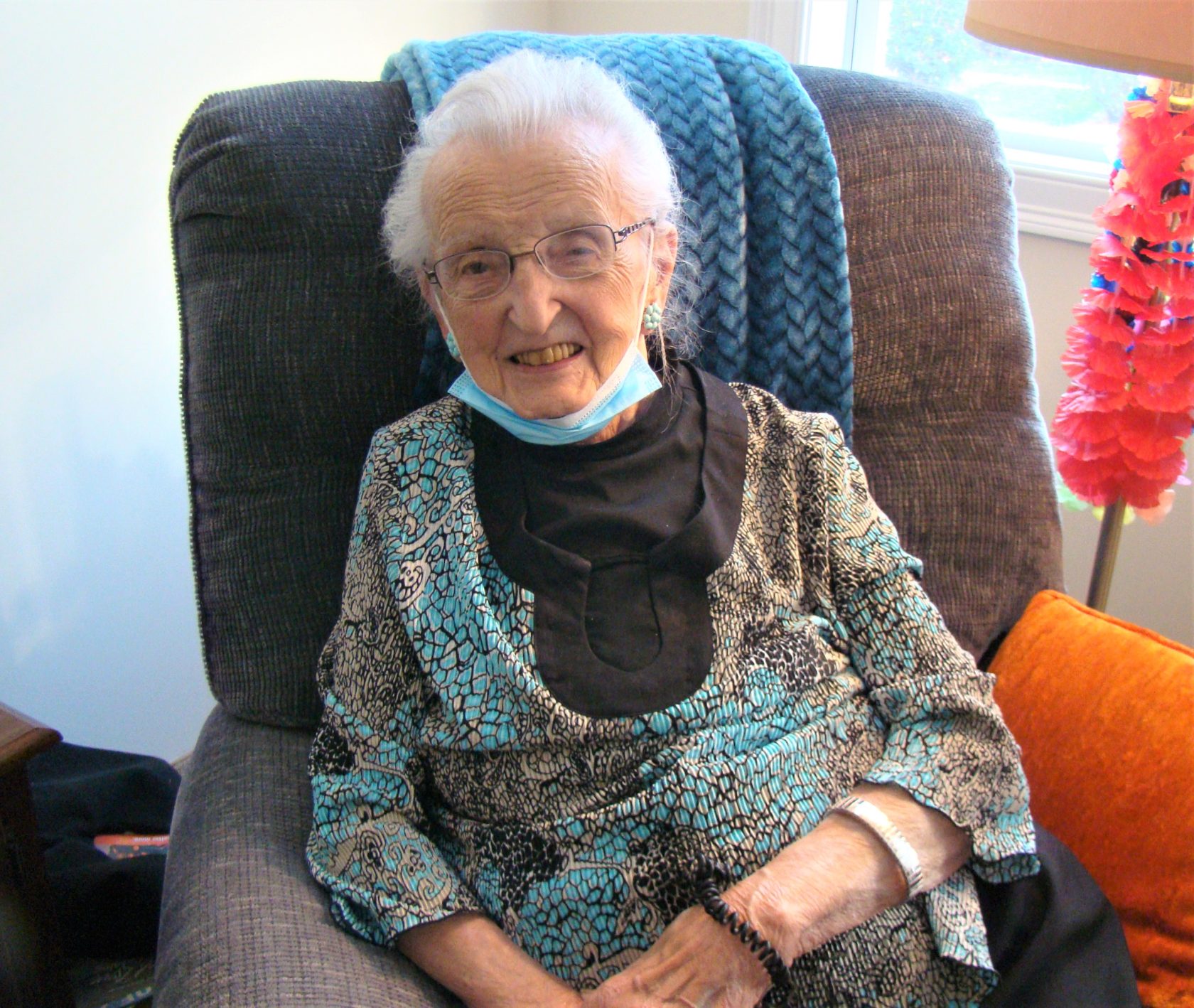 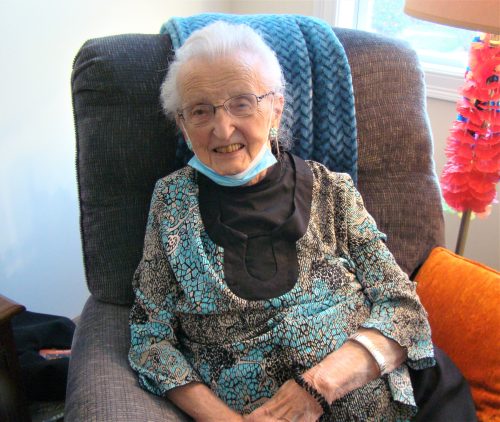 Louise Fleming, 105, is proud of her service in the Army Nurse Corps in World War II. (AMY PORTER/THE WESTFIELD NEWS)

WESTFIELD — Not every veteran  sees combat. Many, like Westfield’s Louise Fleming, were deployed to care for the soldiers, and the civilians affected by war.

Fleming, now 105, was a captain in the Army Nurse Corps during World War II, saving lives both at home and overseas in Italy.

“I consider it a great honor to be a veteran,” Fleming said during a recent visit to her residence at The Arbors at Westfield.

Already a nurse before the war, Louise Mesh went through the First Service Command Basic Training for Army nurses in Fort Devens, in eastern Massachusetts, completing her training in 1945 towards the end of the war. She initially treated wounded soldiers coming home to army hospital stays, and was then assigned overseas to a hospital in Naples, the most bombed city in Italy during the war, according to Fleming. She said she never served in the field of combat. Starting as a second lieutenant, she finished her service as a captain. 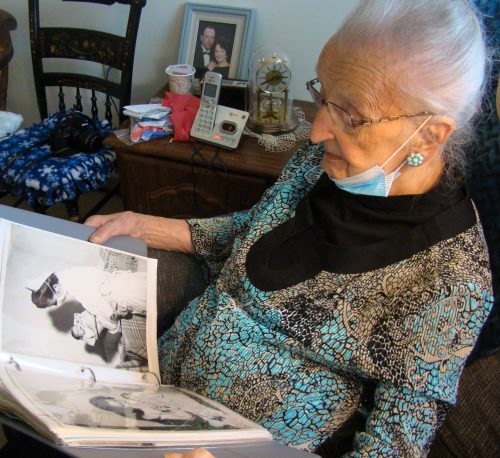 One of Fleming’s fondest memories of wartime service was helping to set up an impromptu nursery and delivery room in the hospital in Italy for babies of servicemen who had married Italian women. She said they lobbied Washington, D.C., for supplies, including bottles, cribs and diapers, but did not receive a response. They had to put the babies somewhere, so the soldiers sanded orange crates to serve as bassinets, she recalled.

She said she had bought rattles for the babies in town and had put them on the doors to the nursery, which were not army regulation. When a general came to visit the hospital, she thought they would have to go. Instead, the general asked to see a baby, and said the rattles could stay.

Fleming said it was a positive to have the nursery and new life in the war zone. She also said she felt a bit sorry for the new Italian mothers and babies who were shipped home to their husbands’ families, never having met them before, while their husbands stayed behind, anxious to return home. 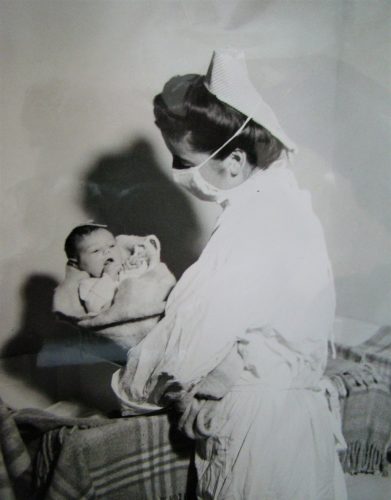 Louise Fleming during her service in Italy helping to deliver babies. (SUBMITTED)

After the war, Fleming, who was originally from Easthampton, met and married her husband Robert Fleming and bought a house in Westfield. She also went back to college and became a teacher. She taught a very successful nursing program at West Springfield High School for 16 years, which she said was started by Donald Snyder. Fleming said people visited the program from all over the United States.

“I loved teaching. I loved working with teenagers,” she said.

Fleming said she’s still very busy. On Mondays and Tuesdays, she stays at The Arbors and enjoys activities there, including the dogs who come to visit. On Wednesdays, she used to have a friend come and take her out, but unfortunately, her friend passed away.

Her son Robert Fleming Jr. and her daughter-in-law, who live in Connecticut, take her to lunch on Thursdays, usually to the 99 Restaurant, which she said they enjoy. Every Friday she goes to the hairdresser.

The past year and a half were very difficult for her, though. “We were quarantined, and couldn’t go in the corridor. It was terrible,” Fleming said, adding that she couldn’t see her son. 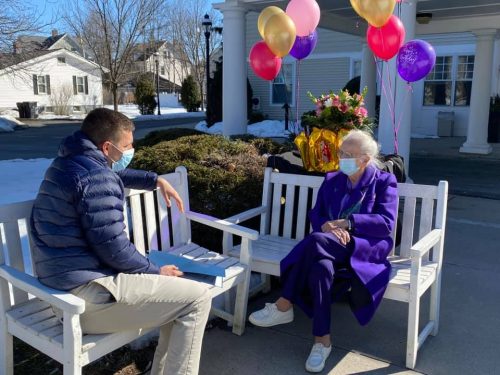 Last Feb. 28, they celebrated her 105th birthday, outside. One of her visitors was state Sen. John Velis, who is also an Army veteran, and who she said she has met several times before. A group from the Westfield Senior Center also came, as did a group from her church, Grace Lutheran in West Springfield. She said they couldn’t meet inside, but they sang “Happy Birthday” to her outdoors.

“It’s a privilege to know Louise at 105 years old, a World War II veteran, we have our freedom because of her.  The Arbors are lucky and honored to have her as a part of our community,” said Executive Director Debbie DePaola of The Arbors at Westfield.

Today, Fleming is still very proud of being a member of the Army Nurse Corps.

“I feel it’s one of my accomplishments in life,” she said. Asked whether she ever went back to Italy, she said she was going to, but never did.

“It’s nice for people to know that women were in the service, too,” Fleming said. 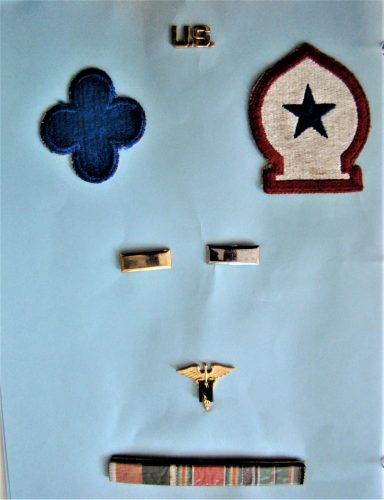