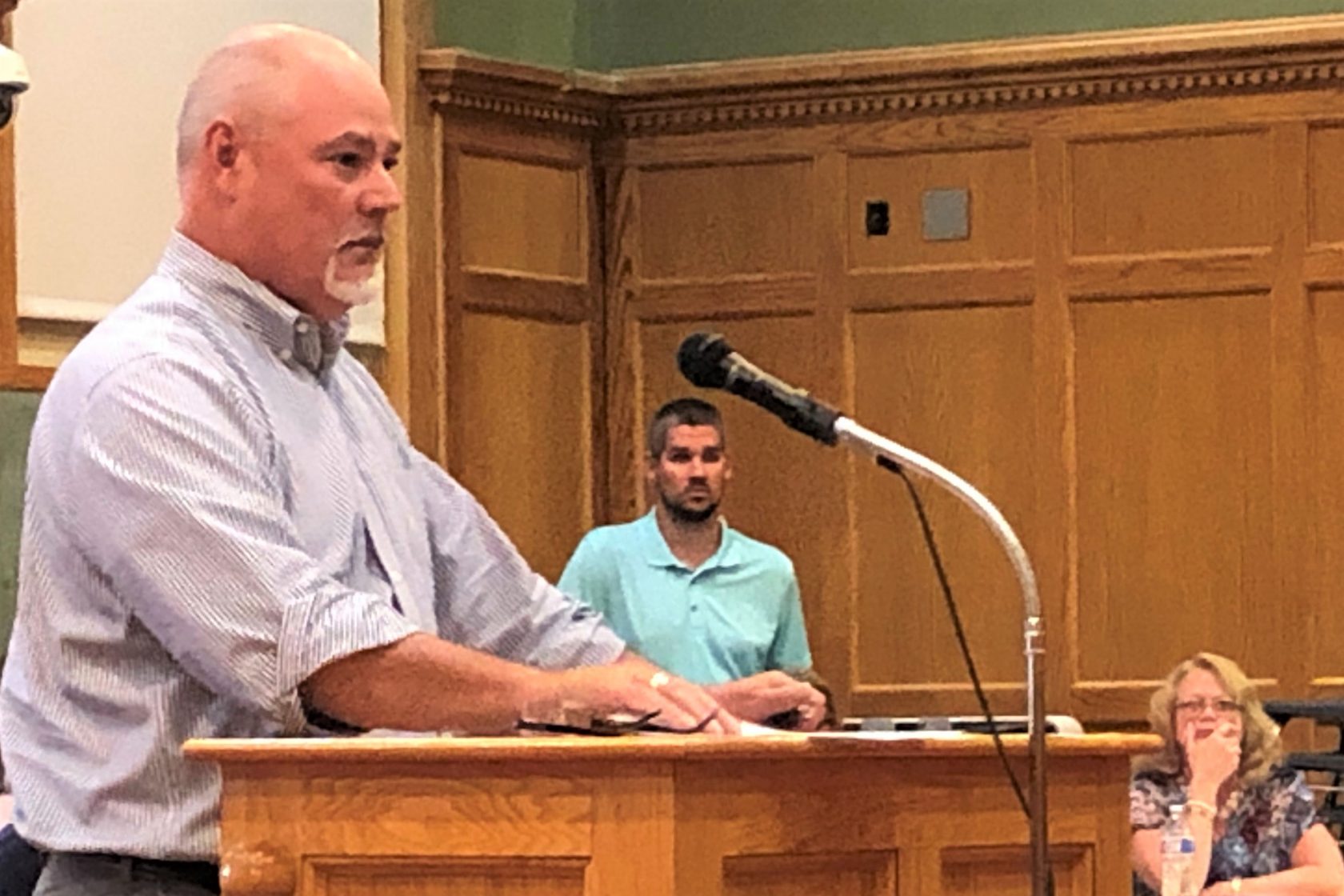 WESTFIELD – Mayor Brian P. Sullivan Tuesday made his case for restoring more than $700,000 in cuts to the FY20 budget at the Finance sub-committee.

The committee is chaired by At-large Councilor Brent B. Bean, II, with members Dan Allie and John J. Beltrandi, III.
Sullivan said that most of the department heads affected by the cuts were present at the meeting held in City Council chambers and attended by a majority of the City Council. He said he was there to talk about cuts that were made during a nine-hour budget review in June that affected contracts or were set by statute, beginning with a cut made to full-time salaries in the Mayor’s office, including his own.
“Statutorily, under an ordinance, the City Council sets the salary. You can change that only if you change the ordinance,” Sullivan said. 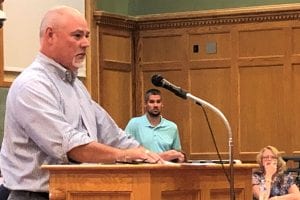 Beltrandi asked whether all of the cuts were contractual, and the council didn’t have the right to cut them.
“Not necessarily,” Sullivan said. He said it was a “misnomer” that the council didn’t just make cuts, but cut increases. “That’s negotiation. You don’t have the authority to negotiate. You can cut up or down,” Sullivan said.
Allie noted that the council hasn’t voted the contracts yet. “That was the situation we found ourselves in,” he said. Sullivan said that every increase of a memorandum of agreement (MOA) with a union was in the budget.

“If you vote no, that dollar amount goes away, and we have to renegotiate,” he said.
Beltrandi asked what would be the ramifications if the items weren’t restored. Sullivan said there would be union grievances, among others.
Allie said statewide, nothing is done in the proper order. He said the city and school departments do their budgets without knowing the state budget. He said the council having to review the budget before the contracts are set is the same thing.
Sullivan then went through the cuts one by one, with the finance committee voting 3-0 on all of them.
Some of the cuts, Sullivan referred to as “requests,” not requirements. For example, a $350 purchase of service in the mayor’s office was for a license for facility manager Bryan Forrette. He said without the construction supervisor license (CSL) renewal, the city would have to contract out for an on-site supervisor, costing the city a lot more.
“The ramifications of not having this are huge. Because he’s out there, programs are coming in under budget, because he’s on site,” Sullivan said, adding that any project over $1.5 million is required to have a CSL on site.
Other requests, not requirements, included the restoration of $500 for a wreath for the 9/11 services, and for repair of holiday lights in the city.
Another was restoration of $5,000 from a $10,000 cut for the economic development director position, which is currently not filled. Sullivan said the city is in the middle of two of the five biggest projects across the state, referring to the Elm Street Urban Renewal and the Turnpike Industrial Park projects.
Sullivan said he didn’t fund the position, formerly held by Joe Mitchell, for half the year, because he believes this is one of the people that should be selected by the new mayor. He said luckily, Community Development Director Peter J. Miller has stepped up, “as he always does.”
Another request for restoration in purchase of services was $31,200 for an upgrade to the Oracle software in the assessor’s office. Sullivan said the current system will no longer be supported, and there has not been an upgrade since 2003, “leaving ourselves open to a catastrophic (event).”
“We haven’t asked for anything since 2003,” said Assessor Robin Johnson.
One of the largest requests was restoration of $250,000 from contributory retirement, which the mayor said is set by the Public Employment Retirement Administration Commission (PERAC), and is contractually obligated.
City Auditor Christopher Caputo said the penalty for not funding this account is 12% interest on the payment, plus accounting for the loss of investment, which is “substantial.” After the meeting, Caputo said the city had not yet accrued a penalty, because the July payment had been made in full to the account.
Sullivan said the other largest cut, $271,000 for  health insurance, was for the city contribution.

“Our health insurance is self-insured. By cutting this number, you didn’t take into account the employee side,” he said.
“I just want to thank you. I understand everything that went on back here. You cut a lot more then I’m asking to put back,” Sullivan said following the restoration of the cuts, referring to approximately $500,000 in cuts that remained. “I thank you and the department heads thank you,” he added.