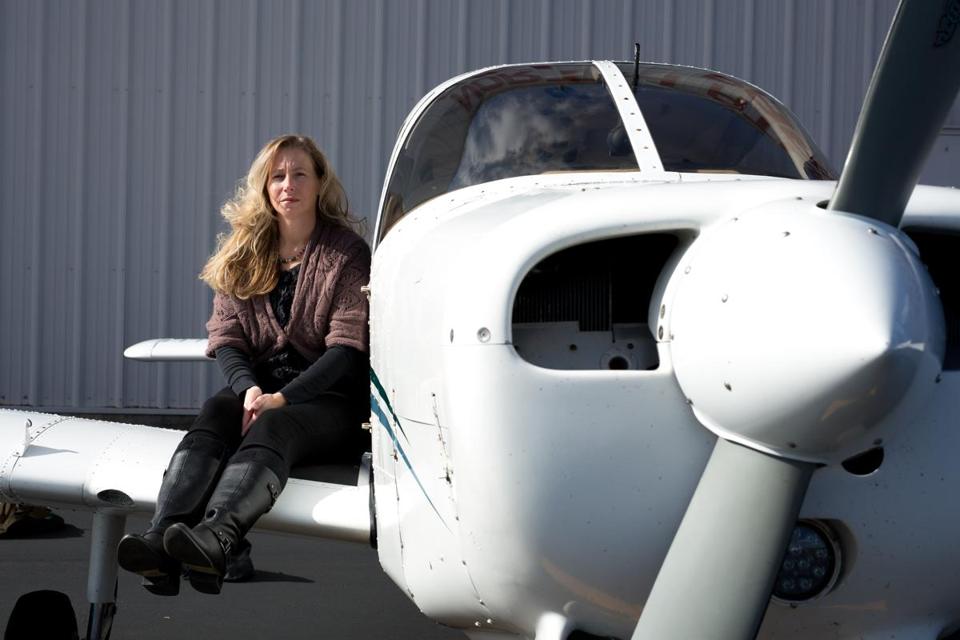 WENDY KILLEEN, The Boston Globe
BOSTON (AP) — When Alexa Singer was in eighth grade and named citizen of the month at her school, she was asked what she wanted to be when she grew up. “A pilot” she replied.
She was told girls don’t become pilots.
Singer, 42, of Marblehead, proved them wrong. She became an accomplished pilot, flight instructor, and now coordinator of the aviation program at North Shore Community College in Danvers.
“The training is what’s changing the industry,” she said.
Singer grew up in the suburbs of Washington, D.C., and loved the National Air and Space Museum. But her dreams of flight were not encouraged.
She earned a degree in psychology from Virginia Commonwealth University and worked for a summer in a psychiatric hospital. “It was not what I wanted to spend my life doing,” she said.
She took a job as a flight attendant with US Airways while trying to figure out her future plans. Her first trip on the job was the second time she had been on a plane. “I found what I had been looking for all along,” she said.
Based in Boston, she met pilots who had gone through the aviation program at North Shore. While still working as a flight attendant, she studied in the college’s aviation program and trained at the Beverly Flight Center at Beverly Airport, where she also washed and waxed the planes.
There she met her husband, Neil Singer, a pilot and flight instructor, who is now an examiner for the Federal Aviation Administration. They have two daughters, ages 10 and 6.
As coordinator of the North Shore program, Singer oversees the training of some 50 to 75 students in both the classroom and at the flight center.
“It’s a huge mix,” she said of the students. “Some are 18-year-olds who want to become pilots and some are professionals, such as engineers from General Electric, wanting a second career. ”
The bottom line is training the best pilots.
“My students will be flying in the same sky as me, my husband, and children, and I want them to be as educated and safe as they can be.”
She also hopes to encourage more gender diversity.
“I am excited to be a female presence in an industry that is 99 percent male,” Singer said. “When people see women in leadership roles, the more things come around.”