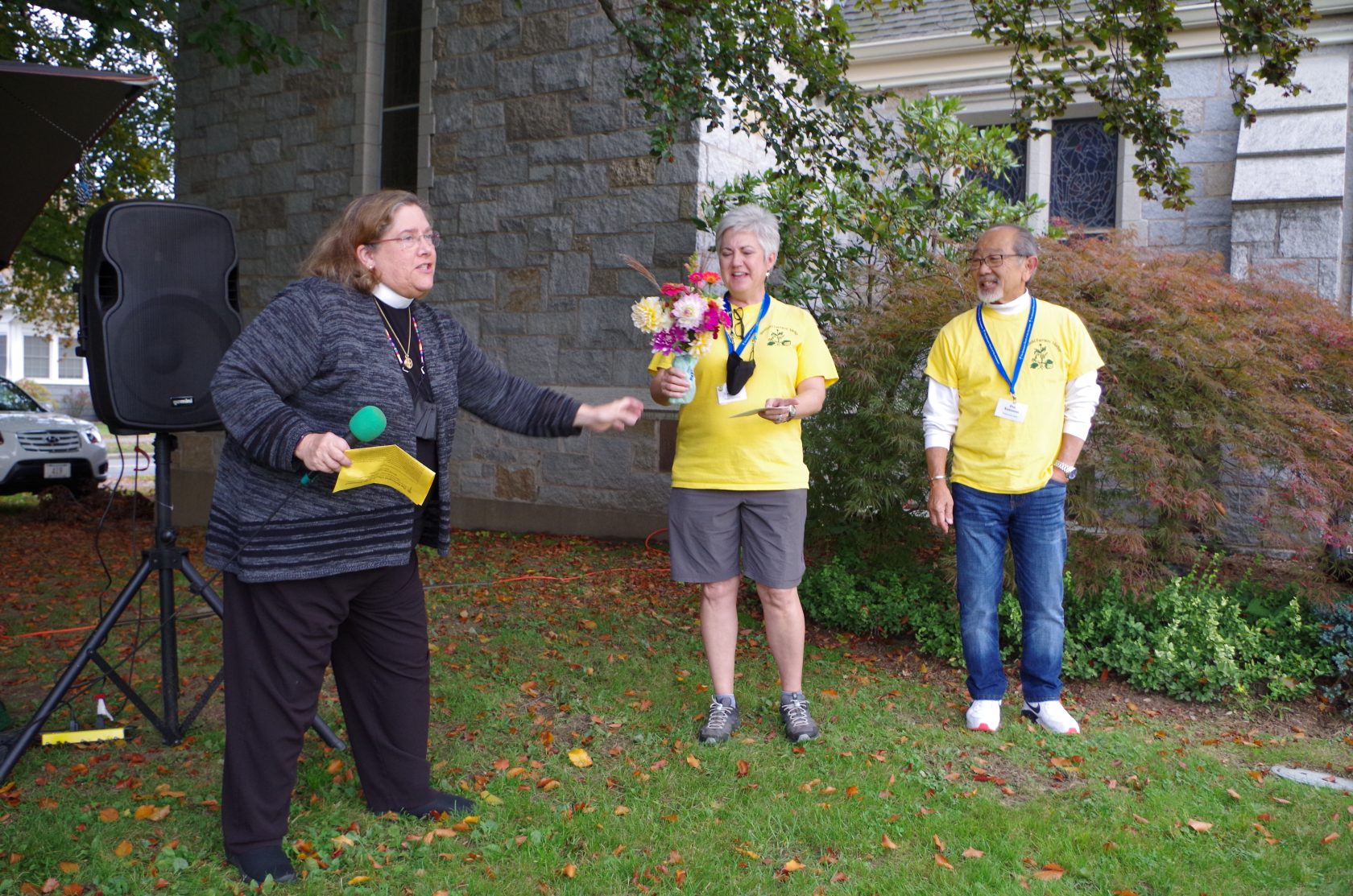 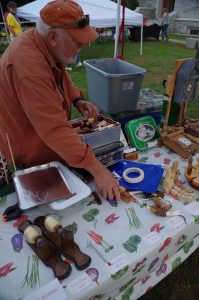 Woodworker Michael Koivisto of Russell packs away his whistles at the end of the season’s final Westfield Farmers Market on Oct. 14. (MICHAEL BALLWAY/THE WESTFIELD NEWS)

WESTFIELD — A swarm of yellow-shirted volunteers wrapped up the final Westfield Farmers Market of 2021 on Thursday.

On a dry and cool autumn afternoon, market manager Mary Kadomoto said after a COVID-shortened 2020, this year saw a successful 20-week run for the market. It would have been even more successful if every day had been like Oct. 14.

“This year, I don’t think COVID was as much of a challenge,” she said. “The challenge this year, really, was the weather.”

Throughout July and August, she said, it seemed like every week the market was either being rained out or baking under a heat wave. 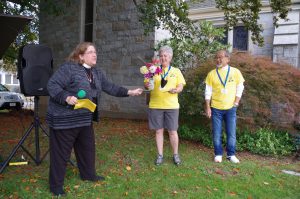 The Rev. Nancy Webb Stroud recognizes Westfield Farmers Market manager Mary Kadomoto and her husband, market treasurer Dan Kadomoto, for their leadership during the 2021 season. Food and craft vendors sold their wares weekly on the Episcopal Church of the Atonement lawn on Court Street in Westfield, where Stroud is the pastor. (MICHAEL BALLWAY/THE WESTFIELD NEWS)

Still, the market was able to open for almost all of its 20 scheduled weeks on the Court Street lawn of the Episcopal Church of the Atonement in downtown Westfield. That’s a change from the previous year, when the first half of the market season was canceled amid COVID-19 social distancing regulations.

A full year with limited opportunities for in-person social interaction may have contributed to the success of this year’s market, Kadomoto added.

“I felt like there was some pent-up demand in June,” she said. After a winter spent social distancing indoors, she added, at the farmers market, “people were allowed to socialize and talk to each other.” 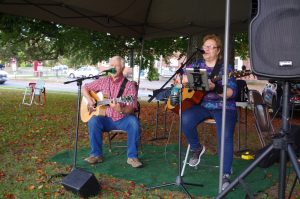 Ed Bentley and Eva Cappelli perform “Welcome to the Farmers Market,” a song written by Bentley, during the final market day of the season at the Westfield Farmers Market. (MICHAEL BALLWAY/THE WESTFIELD NEWS)

On one June date, 700 shoppers attended the market over a 5-hour span.

Kadomoto said 28 vendors participated in the market this year, though not all were present each week. She said the market typically had at least 15 vendors per week.

She said the market continues to attract a good mix of farmers, prepared food vendors and craft stalls. One of her priorities as manager, she said, was to stay true to the market’s history as a food source for her Westfield shoppers, many of whom live within walking distance. She said she is proud that the market is able to accept SNAP payments, allowing people who receive government assistance to purchase fresh produce. 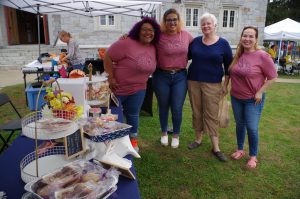 Erica Nocera of Westfield was the final customer for Doce Mercer at the Oct. 14 Westfield Farmers Market. Pictured, from left, are Martika Mercer, Aaliyah Mercer, Nocera and Michelle Mercer. The Westfield-based bakery does not have a retail shop, but sells at vendor markets and delivers locally. (MICHAEL BALLWAY/THE WESTFIELD NEWS)

Market days will begin again in April, Kadomoto said, but she will be helping strictly as a volunteer worker. She has already begun training her replacement as market manager, Westfield resident Lisa Zlody.

Zlody said she has been a customer of the market for years, and a volunteer for the past three or four years.

“I’m following two amazing women who ran the market for years,” she said, referring to Kadomoto, the manager in 2021, and Debbie Randzio, the founder and manager for the previous six years. 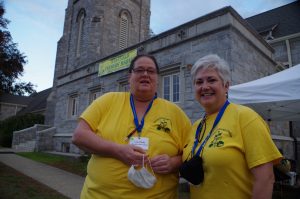 Lisa Zlody, who will take over as Westfield Farmers Market manager next year, stands with outgoing manager Mary Kadomoto during the final market day of the season on Oct. 14. (MICHAEL BALLWAY/THE WESTFIELD NEWS) 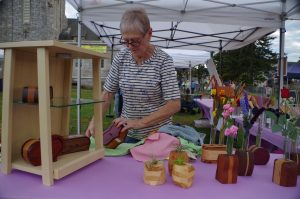 Marge Pond of Ishkibble Crafts packs up her bandsaw boxes at the end of the Westfield Farmers Market’s final day of the season on Oct. 14. (MICHAEL BALLWAY/THE WESTFIELD NEWS)