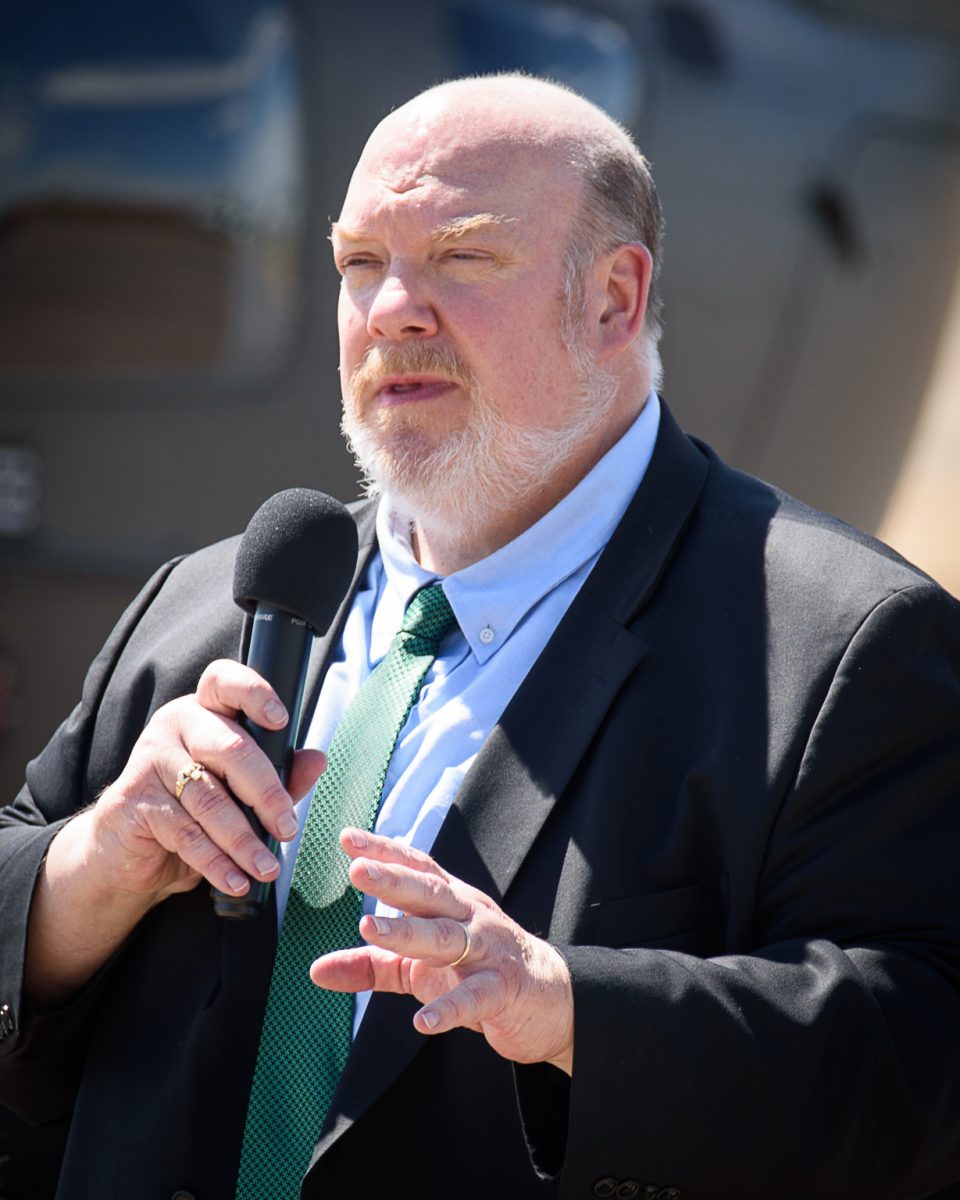 Humason said he plans to publish an online survey asking residents to make their own suggestions on how the city should spend the latest round of federal pandemic relief, the American Rescue Plan Act.

“Seventeen million dollars can be spent many different ways,” Humason said, but “it can only be spent once, so we have to be careful about it.”

Though the ARPA legislation specifies that the mayor alone can decide how to spend the money, city councilors received their own version of the survey at their Sept. 16 meeting, and Humason said he wants to hear their suggestions, as well.

ARPA funds are only available for projects that fit into one of four categories, said city Purchasing Director Tammy Tefft. The funds can be used for public health expenditures; addressing the negative economic impact of the COVID-19 pandemic; providing “premium pay” for essential workers; and building water, sewer and broadband internet infrastructure.

That means ARPA funds can’t be used to repair or furnish schools, or to fix potholes or repair sidewalks. Humason said there may be some ways to pair an ARPA project with a related infrastructure need.

For instance, if a particular road needs repaving and also needs a new stormwater drainage system, the city could use ARPA money both to repair the drains and to lay new asphalt, as the underground work would have required rebuilding the road, anyway.

Humason said he also expects Westfield to receive money from a separate federal infrastructure bill. He said he’d like to spend that money on dike, dam and levy repair, which is not covered by ARPA.

As the ARPA aid is a one-time boost, Humason said he’d like to avoid any spending that creates future obligations that would have to be paid from the city’s general budget, such as hiring new staff.

Humason said he’s already had talks with his staff about how to spend the ARPA money, and they were able to come up with “much more than $17 million,” including several water and sewer projects. He said many of the city’s sewer pump stations need to be repaired, at a cost of $1 million to $2 million apiece. ARPA money could also fund the repair of the failed culvert on City View Road, since the culvert is considered a piece of stormwater infrastructure. Humason said the city applied for a state bridge repair grant for City View Road, but did not receive funding.

Other potential projects include additional downtown revitalization to benefit the small businesses that have struggled during the COVID-19 pandemic.

Tefft encouraged residents to suggest any spending that they think would improve Westfield and might qualify for ARPA funds. Even if the program ends up not fitting in with ARPA’s guidelines, the city may be able to find another way to fund it.

“There may be something that somebody’s thought of that hey, that would be an awesome grant to write,” Tefft said. “It doesn’t hurt to submit it. Even if you think it’s an off-the-wall idea, put it down on paper and submit it.”

The $17 million ARPA fund is separate from the $10.78 million grant that the School Department plans to spend. School Superintendent Stefan Czaporowski is also circulating a survey asking staff, parents and the public to suggest ways the money can be spent. The school survey can be found at schoolsofwestfield.org/page/esser-iii-surveys. Responses are due by Sept. 22, as the schools face an Oct. 1 deadline to apply for their grant.

As of Friday afternoon, the mayor’s survey was not yet ready, but Tefft said she expected it to be posted prominently at cityofwestfield.org early next week. City officials have not yet set a deadline for responses.

Tefft said the survey will include a link to detailed descriptions of the ARPA funding restrictions, and will ask respondents to choose one of the four categories of spending, and then describe their proposed project.

Once the mayor sifts through all the suggestions and chooses which spending to support, the city will be able to get to work on some projects immediately, Tefft said. Westfield has already received the first half of its ARPA payment, about $8.5 million. The second half is expected to arrive about a year from now.

The money doesn’t have to be spent immediately, Tefft noted. Westfield must have all of its ARPA spending planned by 2024, she said, and ARPA funds must be paid out by 2026.

The city is required to submit reports to the U.S. Treasury on how the ARPA money is spent, and municipalities may be audited to make sure they are complying with ARPA’s guidelines, Tefft said.