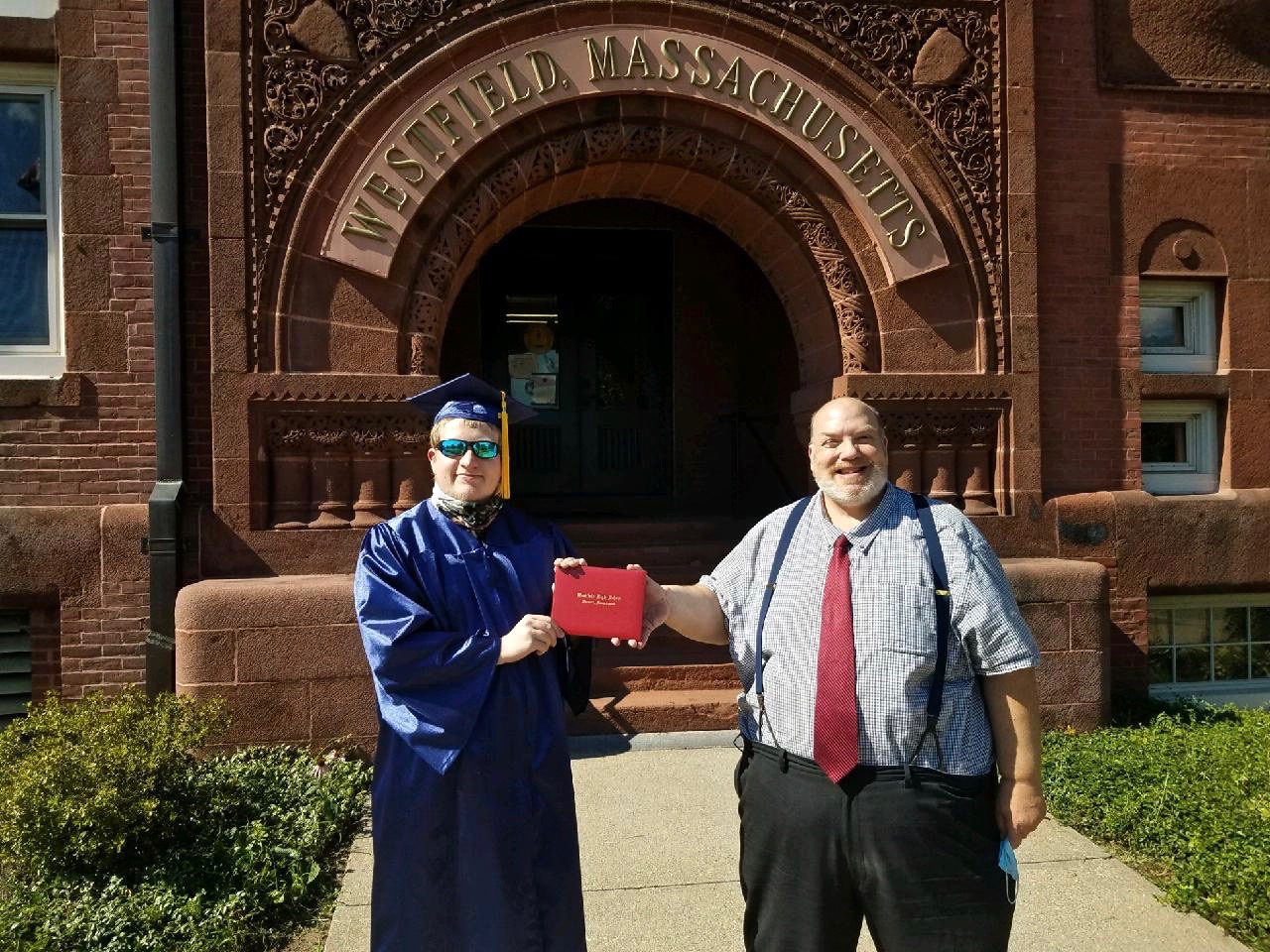 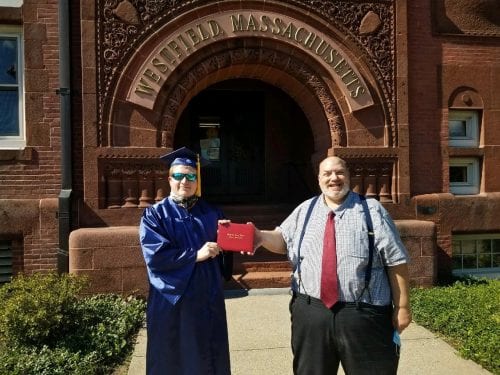 WESTFIELD – Karen and Richard George of Westfield wanted to celebrate their son Andrew George, who recently earned his diploma, but as an out–of-district special needs student, he was not included among the list of graduates in Westfield. So they asked Mayor Donald F. Humason, Jr. if he would take a photo with him at City Hall, to recognize his achievement.

“He wasn’t in the newspaper for 2020 graduates, but he is still a Westfield student. He worked really hard for his diploma,” said Karen George.

Andrew George turned 18 in February and has been an out-of-district placement for the last five years at N.E.A.R.I. school, which moved from Holyoke to Easthampton for September of 2019, according to his mother.

Andrew George will be attending Westfield’s Transition Program this coming September, and currently works at Pilgrim Candle through the Youthworks program.

The mayor was happy to oblige, and the photo was taken on July 29.

“I’ve known Andrew and his family for a long time. I remember Karen coming in to see me as a state rep. years and years ago to advocate for educational issues.  It was full circle to see him coming in with his diploma from Westfield HIgh School, and to see how happy he was,” Humason said.