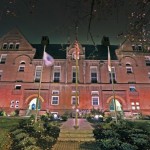 WESTFIELD – Mayor Donald F. Humason Jr. gave an update to the City Council on Sept. 3 in response to several motions seeking information on unfilled positions and the reopening of City Hall.

Regarding the position of personnel director, which he said has been “vacant for some time,” Humason told councilors that the search committee has received 30 applications, which they are “whittling down” to a more manageable number. He said a screening committee, composed of members from personnel, community development and human resources, will be doing that work.

Humason said he met with them to find out how the process was going, and he is optimistic that the position will be filled in the next couple of months.

The Mayor said about reopening City Hall — which has been closed to the public since March 16- there is a committee of people that work in the building who are in conversation every couple of weeks about when to reopen. He said lately, they have done some opening by appointment only,

“if there is something a resident needs and can’t do it by other means, they can call and request an appointment, and the staff will meet with that person following all protocols,” Humason said, adding that they do not want to have a situation where people are allowed to come into the building without an appointment. He added that he hasn’t heard a large outcry from people wanting to get into the building.

“The good news about Westfield right now, our COVID numbers are at an all-time low. We’re in a good position, and don’t want to make that situation worse. The goal was to wait until October; see what happens as people come back to school, back from vacation, and see if there is a bump or a spike,” Humason said.

The city has also taken steps to outfit different offices with plastic shields and dividers, so they won’t be as open, with “an eye on protecting citizens that come into the office, and especially staff. We don’t want one person to get sick, and shut the entire department down. Like you, we’re hoping that this disease goes away, and a vaccine can be found,” Humason added.

Ward 5 Councilor John J. Beltrandi, III thanked the mayor, and said he had more people inquiring about getting into Twiss Sreet transfer station, which is now open, than into City Hall.

Humason said the staff and the city have been able to put a lot of functions online, and can do a lot of things electronically, over the phone, or by mail. He said the Clerk’s office must work directly with people for licenses, and other departments have set up tents outside.

Humason said he himself did office hours at the Farmer’s Market in order to be more accessible to people. “I will follow the advice of Joe Rouse and the committee,” he said.

Humason said a second issue is when to reopen Council Chambers for meetings. He said that’s also a technology issue, because they can’t do a zoom meeting if some of the people are in the Chamber, and also can’t broadcast on Channel 15 if some people are home, which becomes an Open Meeting Law problem. Humason said the School Committee asked about the same thing.

Council president Brent B. Bean, II, who had requested the update, said the main issue is to find a way to get public input if the Council is going to continue with teleconferences for the next few months.

Bean had also requested Humason to consider the idea of a grant writer position for the city, which he said he would look into. “This is something worthy of discussion. You had said Westfield State had four grant writer positions. It might be a good thing to task the new Personnel Director to look into that, especially if the grant writer has to raise enough money to pay for their own salary, which doesn’t have to come from the city budget. I’m not as opposed as I was,” Humason said

At the end of the meeting, At-large Councilor James Adams asked for a moment of silence, to dedicate the meeting to Brian Hoose; “someone who loved this community, and loved the time he spent on the Council.”