On their first album in eight years, Perry Farrell, Dave Navarro and Stephen Perkins, have reclaimed the throne by producing an intoxicating, daring and seductive disc.  From the first notes of the amazing bass-heavy opening track “Underground” it is evident that this is a Jane’s Addiction album—regardless of the revolving bassist role filled by TV on The Radio’s Dave Sitek, who along with Navarro and touring bassist Chris Chaney, shared the duties on the recording.  Highlights include; “Curiosity Kills” with its spacey Zeppelin-esque feel, the sing-songy “End of the Lies,” the funky “A Reason,” the introspective “Broken People,” “Irresistible Force (Met The Immovable Object)” and the frenzied funk-metal closing track “Words Right Out of My Mouth.” 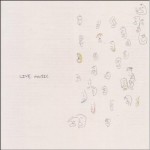 Austin, TX’s The Strange Boys third album is not a live album.  It was recorded in two separate places—part of the CD was recorded in December 2010 at producer Mike McHugh’s Distillery Studio and the rest was recorded in April 2011 at the Austin home of producer/Spoon drummer Jim Eno.   Influenced, in-part, by Tom Petty, Son House, The Velvet Underground and The Allman Brothers, The Strange Boys new disc has a pure Americana sound as evidenced by the harmonica, country guitar over simple drums, bass and catchy melodies on “Walking Two By Two” and “Doueh.”  Other standout tracks include:  “My Life Beats Me,” “Over The River And Through The Woulds” with its Allman flavored sound, the piano-driven “Me and You” and the brooding “You and Me,” “Right Before” and “Hidden Meanings Soul Graffiti.” 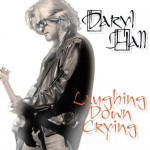 On his fifth solo album Daryl Hall has released a CD that fits in nicely with his career (both solo and with his partner in crime John Oates) to-date–acoustic-based pop/rock and smooth mid-tempo soul.  The CD finds Hall in a contemplative place.  A lot has happened since his lat solo offering.  He toured and recorded with John Oates, his 30-year romantic relationship ended, he got married and became a stepdad, he contracted Lyme Disease and he created the syndicated internet TV show Live from Daryl’s House.  He also lost his best friend and collaborator T-Bone Wolk to a heart attack.  As a result, Laughing Down Crying is a very personal album.  Though there are only ten tracks, the highlights are many.  The opening two songs [the acoustic-based title track and “Talking to You (Is Like Talking to Myself)” a strong power-pop tune) could both have just as easily appeared on one of Hall & Oates’ classic eighties releases. “Message To Ya” features horns and a sound reminiscent of Motown. “Lifetime of Love” is pure blue-eyed soul.  Lastly, the album’s closing track “Problem with You (Bone’s Last Ride),” a tribute to Wolk, is a bluesy number the leaves the listener wanting more.