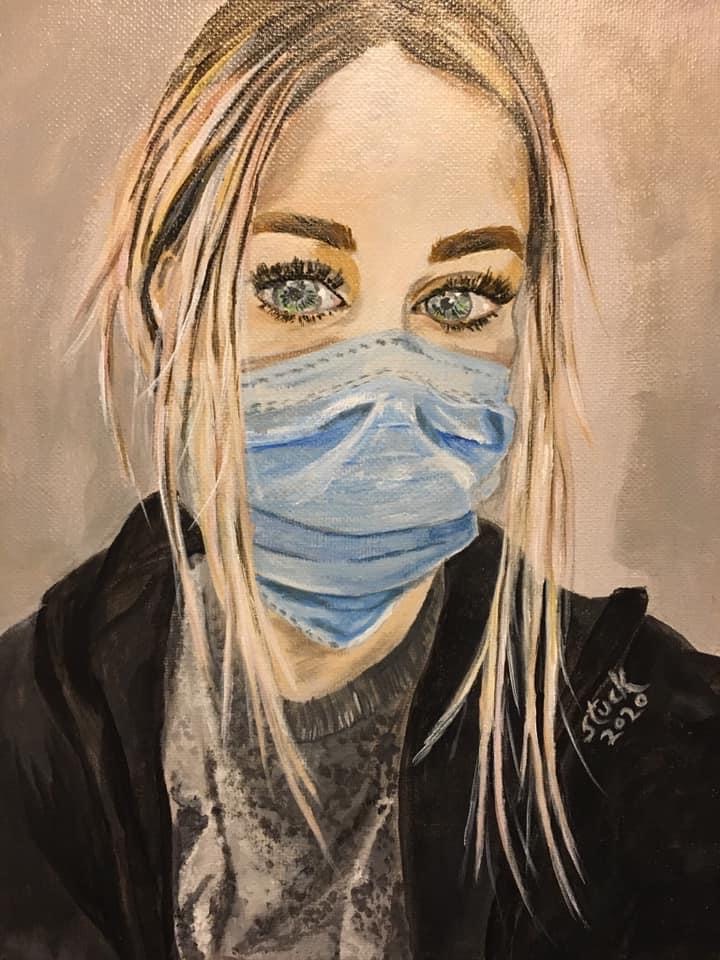 WESTFIELD-Throughout the years, Terri Dintzner has captured the moment – and emotion – of her daughters through portraiture, and one recent acrylic portrait caught the attention of many on a local community forum page.

“I wasn’t able to work because of the pandemic,” said Dintzner, who is a hairstylist at Très Lounge at 77 Mill St. “My daughter Shauna sent a picture of herself while at Massachusetts General Hospital and I decided to paint it of her to let her know how proud I was of her and I finished it in time for National Nurses Week.” 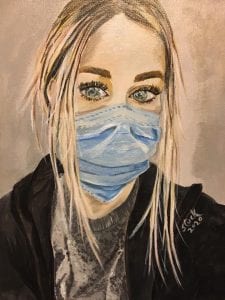 Terri Dintzner of Westfield shared this portrait of her daughter, Shauna Marie Mundorf, recently on a community forum page. Mundorf is a registered nurse in the emergency department at Massachusetts General Hospital. (TERRI DINTZNER PHOTO)

Dintzner said she posted the portrait because she wanted to honor her daughter, Shauna Marie Mundorf, who is a registered nurse in Mass General’s emergency department.

“She was surprised because I gave it to her for Nurses Week as a gift,” said Dintzner, noting last year she had forgotten to give her a card.

“This year I thought would be special to honor her for her dedication and hard work and to let her know I appreciate her,” said Dintzner, adding, “Shauna said, ‘I love it.’”

The 8” x 10” portrait, which took Dintzner 16.5 hours to complete over several days, has received social media comments ranging from “beautiful painting,” “stunning and compelling,” and “heartwarming,” to “captivating” and “bittersweet.”

Dintzner said when she working on the portrait, her emotions ranged from “being proud” to “being worried.”

“When I was working on the portrait in April, I felt at that time I wanted her to know how proud I was of her and all of the essential workers,” said Dintzner.

Dintzner first thought about creating art when she won a 1976 Knox Trail Contest while in fifth grade at the Juniper Park School. The Massachusetts Bicentennial Commission awarded medallions to winners in each community along the Knox Trail.

“My parents, Sally and Larry Stuck, were very surprised because I didn’t tell them about the contest until I won,” said Dintzner, adding her parents then enrolled her in art classes in Agawam. “My favorite classes were art all the way through high school.”

Dintzner said she has always enjoyed using pencils and pastels, and over the years also captured moments in time of her three daughters, Shauna Marie Mundorf, now 27; Kiley Mundorf, 30, and Shaelee Dintzner, 17. 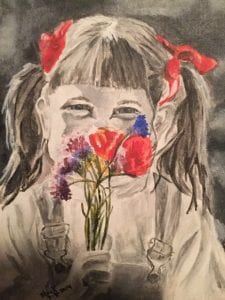 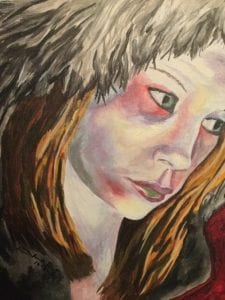 Terri Dintzner has captured images of her daughters for years, including this portrait of her daughter, Shauna Marie Mundorf, who was 13 at the time. Dintzner noted her daughter’s emotions “were everywhere which is why all the colors.” (TERRI DINTZNER PHOTO)

“I didn’t do much for a while and then in 2011 I wanted to pick it up again and took classes from Jen Dorgan at Piece of My Art Studio and that was the first time I used acrylic paints and I love it,” said Dintzner.

After the recent portrait of Mundorf was posted, a member of ArtWorks of Westfield Inc., a local arts and cultural organization that promotes the “rich and talented” artistic diversity of Westfield and the surrounding communities, encouraged Dintzner to join the group.

“Someone saw the painting of my daughter and had me send it to her so she could post it on the Artworks of Westfield page,” said Dintzner, adding, “She said, ‘There is something special about that image.’ She then asked me to join so I could share my work and I did.” 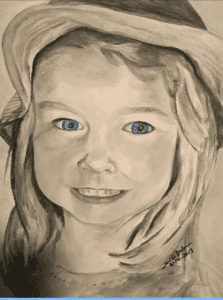 As members of Dintzner’s family found themselves with time on their hands during the height of the pandemic, she created “family nights” that included a painting party and making tie dye shirts.

“Since I wasn’t working for almost three months I was able to have the chance to spend time with my family,” said Dintzner. “We watched movies together, had a lot of family dinners, had a painting night and made tie dye shirts. I was trying to get everyone together to have some memories to share.”

While Dintzner is now back at work, she is “grateful” every day for her family, and also hopes by the fall to create a studio space in her home so she can concentrate more on her artwork.

“I also appreciate the ‘heroes’ like my daughter who take the time to bring hope and care to the patients who may be feeling at their worst,” said Dintzner.