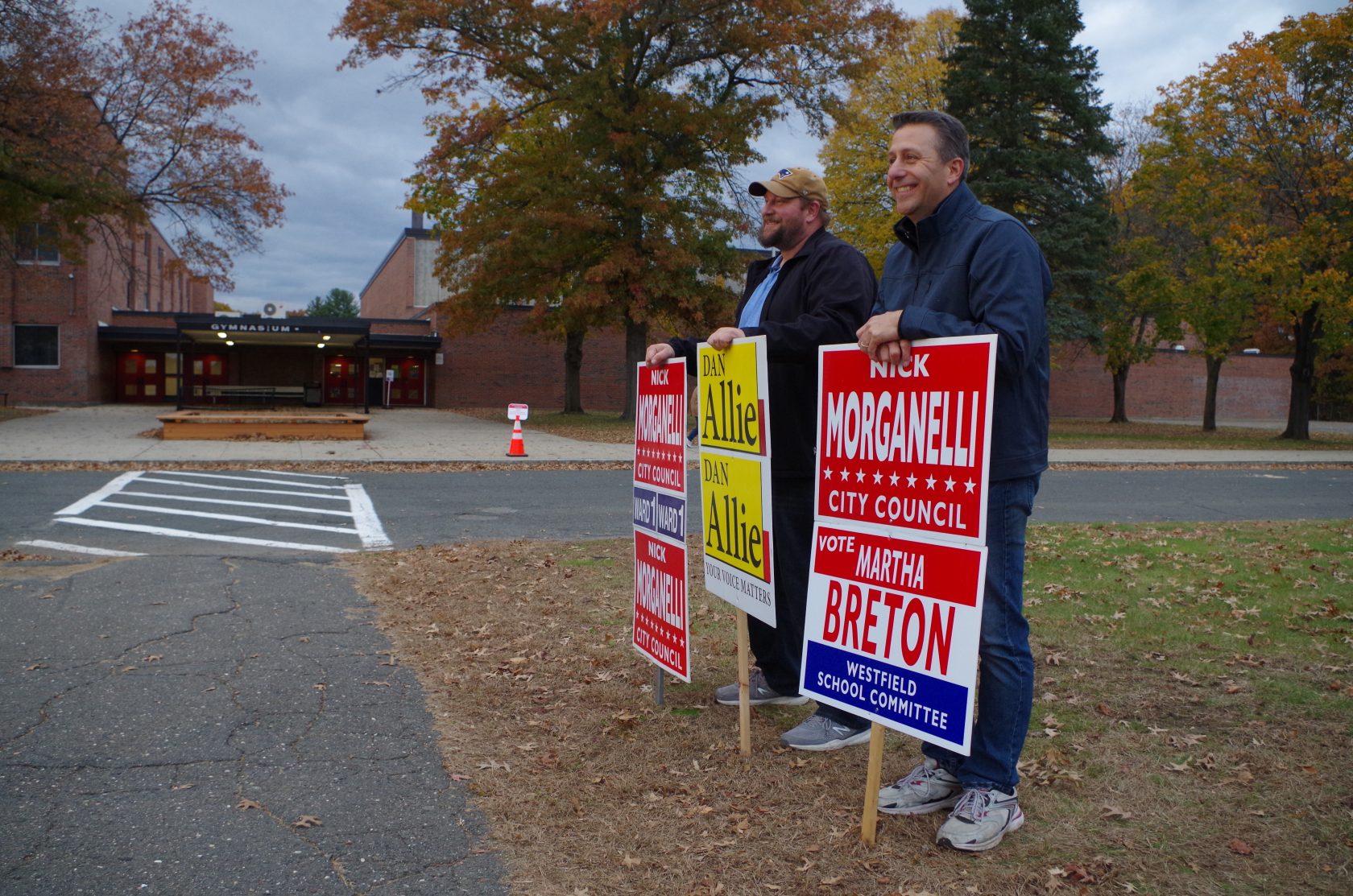 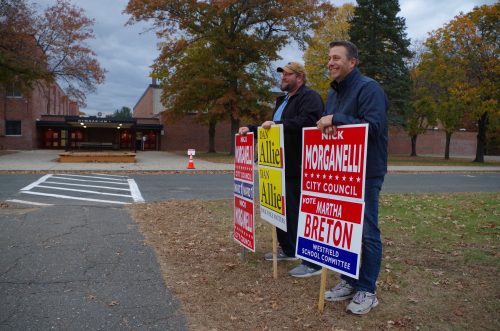 WESTFIELD — Running in this year’s only contested City Council race spurred Nicholas Morganelli Jr. to reconnect with his Ward 1 constituents, and he said he wants that relationship to grow during the upcoming two-year term.

Morganelli, a Prospect Street resident, defeated challenger Mary Beth Berrien of Roosevelt Avenue, 1,049 to 609 votes, in the Nov. 2 city election. Asked about his thoughts the day after the election, Morganelli credited Berrien’s challenge with making him a better candidate.

“Campaigns bring many obligations such as sign placing, door knocking, mailings, advertising, meet and greets, community events, and planning fundraisers and an election night party. Having an opponent makes one work a little harder, which I did by meeting many Ward 1 residents I have never met,” he wrote, adding, “I take nothing for granted and know a past win does not insure one in the future.”

“There are many people to thank, from sign holders at stand-outs and on election day, to financial contributors of my campaign, those who speak well of my work on the council in representing Ward 1, and loyal supporters that place a sign on their property or at their place of business. There are too many to list here and I don’t want to miss anyone, but I continue expressing gratitude with hand-written thank-you cards and sending them out over the next several days. So, for that reason, I only give a shout-out to my family, my wife of 23 years, Jeanne, and children Nico, Raphael, Isabella, and Lucas, for all their love, prayers, support, and help,” he said. 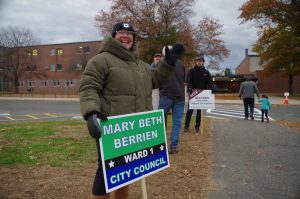 Berrien was also grateful for the support she received in her first run for the Ward 1 seat.

“I want to thank the residents of Ward 1 for their support. I truly am humbled that, of those that voted, I received almost 40 percent of the vote. Thank you from the bottom of my heart. I would also like to thank Colleen Andrews for her guidance and her treasurer skills. Mary Ann Babinski, thank you for your mentorship, I do hope that you feel that your time was not spent in vain. I would also like to thank those of you that had my signs in front of your houses and businesses,” Berrien wrote.

As the incumbent, Morganelli said he ran on his record.

“These last two years, I have worked hard to solve problems, answer COVID-19 related emails, minimize Ward 1 truck traffic, keep our aquifer protected and drinking water safe, protect our environment, find solutions for residents and build relationships with them, take votes for financial accountability and responsibility for the taxpayer, and continue to keep Westfield moving forward as a great place to live, work, recreate, retire, or run a business in.” 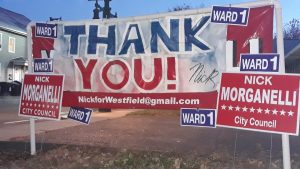 He asked residents of Ward 1 — the northwestern quarter of the city, north of the Westfield River and west of North Elm Street and Southampton Road — to “stay tuned” for more active community outreach this term.

“With the help of friends and neighbors, especially Steve Harvester, my first Ward 1B leader, I am actively seeking street captains to assist me in developing better one-on-one relationships with residents in each Ward 1 neighborhood,” Morganelli said. “This will help me assess the needs, identify issues, solve problems, and bring residents together with a common mission of helping each other. I am also developing a program for speed safety on streets as speed has been a recurring issue with residents.”

“I will also continue keeping our aquifer protected and drinking water safe, protect our environment, find solutions for residents and build relationships with them, take votes for financial accountability and responsibility for the taxpayer, and continue to keep Westfield moving forward as a great place to live, work, recreate, retire, or run a business in,” Morganelli added. 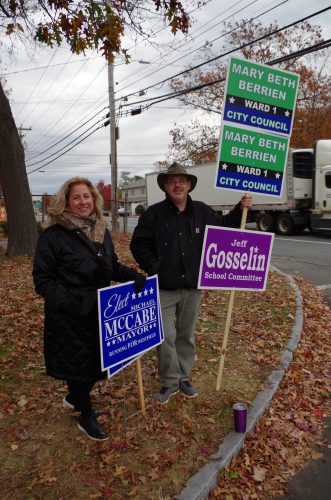 In her comments after the election, Berrien also took a look ahead to the future for Ward 1 residents.

“Looking at the past few months, I truly learned a lot, and will continue to keep fighting the good fight for the residents of Ward 1. We, as a collective group, need to make sure that the residents of Ward 1 are heard and listened to through the next few years. Please, get involved, pay attention, and most of all, continue to work with me to keep this momentum going,” she said.

Morganelli said he was humbled to be chosen by Ward 1 residents as their representative.

“I am a public servant first and always,” he wrote. “I am not the stereotypical politician. I stand by my platform of always listening and being a voice of the residents and taxpayers. I am grateful to be given the opportunity of another two years to serve and serve to the best of my ability. Thank you.”

With the seven at-large council incumbents and the other five incumbent ward representatives running unopposed, Morganelli’s victory means there will be no changes in the composition of the City Council for the next term, which begins in January 2022.