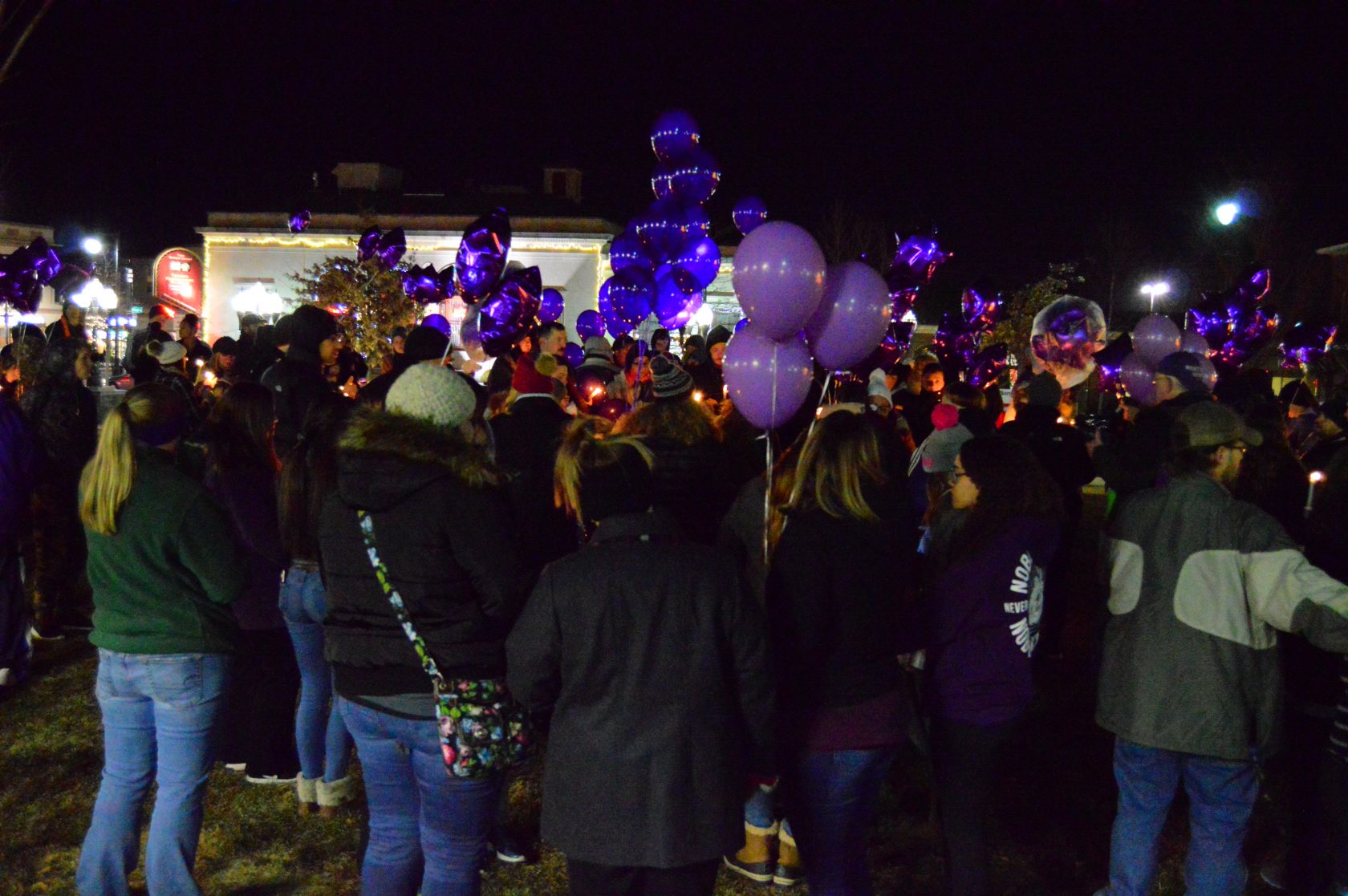 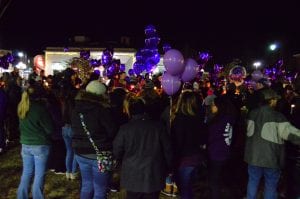 Many people brought purple balloons to the vigil and simultaneously released them into the night. (Photo by Peter Currier)

WESTFIELD- Hundreds of people gathered in freezing temperatures on Park Square Monday evening to mourn the sudden loss of Alexis Avery in a silent candlelight vigil.

It was discovered Sunday night that Alexis had been killed in her apartment. Blake Scanlon, 23, is being charged for her death in Westfield District Court.

Most mourners held candles, and some brought purple balloons and huddled in the center grass of the town green as people are trying to process what has happened. Some cried, some stood in solemn silence, and some quietly laughed with friends as they reminisced with memories of their time with Alexis.

As everybody stood there, almost without cue, those holding the purple balloons spontaneously let them drift off into the night. The dozens of balloons all floated off over the First Congregational Church before disappearing from sight. 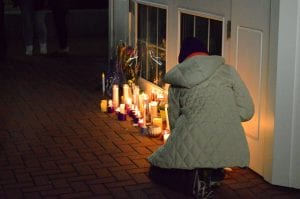 The display of candles and flowers that was set up on the side of the gazebo in Park Square, which Alexis and her class helped to build. (Photo by Peter Currier)

Soon after, everybody slowly made their way towards the gazebo with their candles and flowers and placed them in a spot on the side. The Westfield Technical Academy class of 2016 had helped build the gazebo, and Alexis was actively part of the project according to her former teacher Marybeth Berrien.

Many people remained there to look at the display they had just set up for Alexis. As time went on, some began to leave as the temperature continued to drop, leaving just a few to contemplate what has happened or talk about the old days with Alexis.

Scanlon was arraigned earlier in the day and plead not guilty in her death. He is being held without right to bail pending a February 11th pretrial hearing.