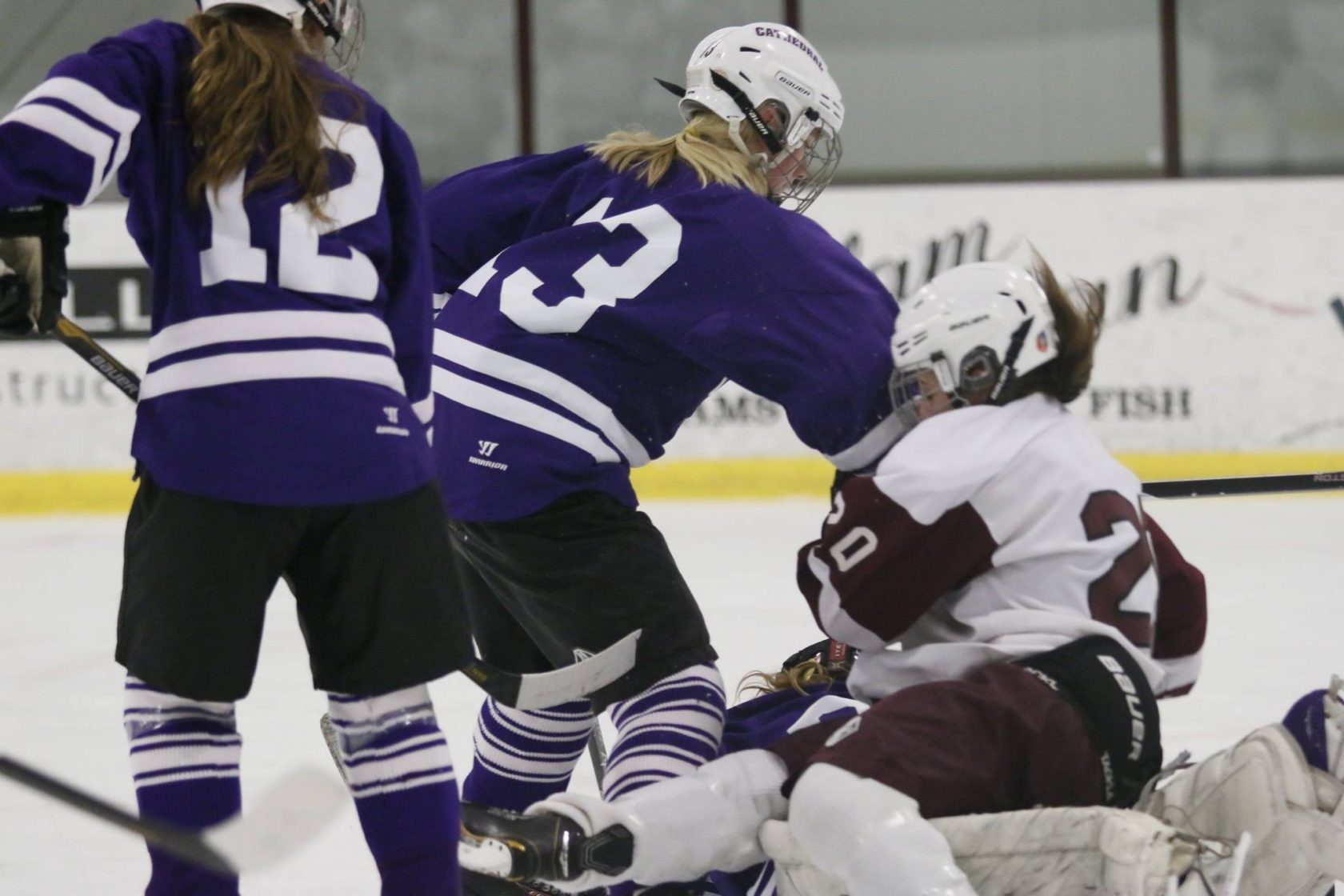 EASTHAMPTON – St. Mary’s traveled to the Berkshire School to play Mt. Everett for a rare high school hockey afternoon game Monday. What a day!
The Saints played well, but fell just short 4-3.
The first period was played well by both teams with Saint Mary’s holding Mt. Everett to only four shots while getting off 12 of their own. The Saints were helped by a couple of penalties on the Eagles, which allowed them to be on the power play.
“We had our chances,” St. Mary coach Don Goodreau said. “Two power plays for us and we were able to get some shots off, but nothing found the back of the net.”
The second period, however, would turn out to be the downfall of St. Mary. Only seven seconds into the second period the Eagles were able to score right off the opening face-off. Things would turn worse for the Saints at that point.
St. Mary committed four of their six penalties of the game in the second period. Being down players for such a long time limited the Saints opportunities to go on offense. While the Saints were still able to get off several shots, they gave up 16 in the period. In the end the Eagles would score four total goals in the period and take a commanding lead into the final intermission.
When asked about the second period performance, coach Goodreau said: “We let in that early goal and that took our energy from us. We have to be able to bounce back from those type of mistakes.”
The Saints came marching back with a new level of determination in the third period.
Saint Mary’s got on the scoreboard 1:12 into the third period when senior Ashton Bourbonnais (Southwick) took a feed from senior Charlie White to beat the Eagles’ goalie. Less than two minutes later, the Saints struck again when junior Dominic Ceccarini (Westfield) scored on a pass from junior Colan Rock (Suffield, Conn.). Both goals were scored on the power play.
Saint Mary’s would get a third goal with just more than eight minutes remaining when White scorched the goalie with a blistering shot to the top corner.
St. Mary’s continued the pressure and even had 20 seconds of 6-on-4 hockey when the Eagles got called for a penalty and the Saints had pulled their goalie.
In the end, however, the time expired and St. Mary was unable to even the score. Coach Goodreau stated: “We played as hard as we could and just came up a little short. We needed to give the effort we gave in the third period all game and the outcome could have been different.
The Saints have already turned their attention to their next contest when they play Chicopee Comp Jan. 2 at Amelia Park at 8 p.m.
“We will get better and be ready,” Goodreau said. 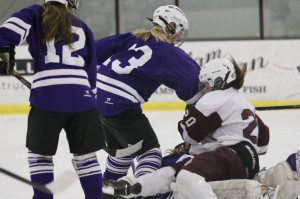