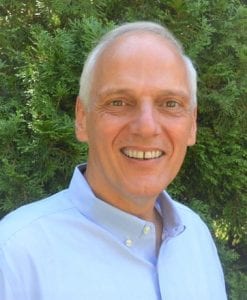 WESTFIELD- The Municipal Light Board (MLB) took part in a lengthy debate Dec. 4 at the Westfield Gas & Electric Operations Center to determine how their meetings would be broadcast in the future.

The debate was largely centered around whether the meetings would be recorded and later published, or if they would be livestreamed. The laws surrounding how each type of broadcast is treated differ. If the meetings are recorded, the recordings must be saved and maintained for the public to be able to access it. If it is live streamed, then the only time the broadcast needs to be aired is as the meeting is happening live.

MLB Commission Chair Robert Sacco strongly leaned towards the streaming option, citing that he felt uncomfortable with the idea of having recordings of all the commissioners available even after their time on the board is over.

“What I don’t want is my image and myself out there forever in the internet,” said Sacco, “At some point, I’m not going to be on this board. To be honest with you, I don’t want my face in perpetuity on public record and videos of me in this room. Because once I get off this board, thank you very much, I’m done. There’s a privacy part of me that I’m fighting to balance with the public official.”

Sacco added that he accepts the public nature of his position, but that he would like that public nature to be behind him once he is off the board, whenever that may be.

Appointed Commissioner Edward Roman criticised Sacco’s reasoning, saying that if he did not want his image to be in the public record, he should not have taken the job.

He also questioned how much effort it would take to keep records of each recording forever. Several commissioners noted that it can be as simple as recording the meeting and creating a link on a video hosting website like Vimeo or Youtube, and keeping a list of each link.

Ward 5 Commissioner Thomas Flaherty was the most vocal supporter of the meetings being recorded rather than streamed.

“I would rather, personally, that we record it, and just have it made available. If someone wants to watch it they can go to our website, follow the link, and watch the meeting,” said Flaherty.

He later added that he would even be comfortable with the MLB’s subcommittee meetings being recorded.

Before the election in November, a vote was taken  to decide whether to begin recording or streaming their meetings. The vote narrowly failed 4-3, with those who opposed it saying that they would rather wait until January to vote on it, as there could have been four new commissioners on the MLB at that point. Each of the four contested seats on the board were won by the incumbents.

In either option, the written meeting minutes would still be maintained and kept public as they are now.

One of Sacco’s main concerns with recording the meeting was that other boards and commissions in the city who went down that road saw an increase of Open Meeting Law (OML) complaints due to people being able to go back and see something that may have been missed.

Flaherty did note that there may be some situations where they do not hold their meetings at the operations center, and that other places may not have the video equipment in place to record.

The MLB has been conducting recording tests of its meetings for the last several months to see if their equipment and technology works. The tests have been strictly recordings, and not streams.

No vote was taken on the matter during the course of Wednesday’s meeting, with most of the commissioners agreeing that a policy should first be written on how either option would be handled. They indicated that a policy would be written by their next meeting in January, when a vote may take place.

The policy would include rules on what to do if there is no video equipment at the meeting site, or if the equipment fails to work whether it is streamed or recorded. It may also address how long a copy of the recorded file is to be immediately available to the public before it is archived. After something like that is archived, it would have to be accessed via a Public Information Act request.