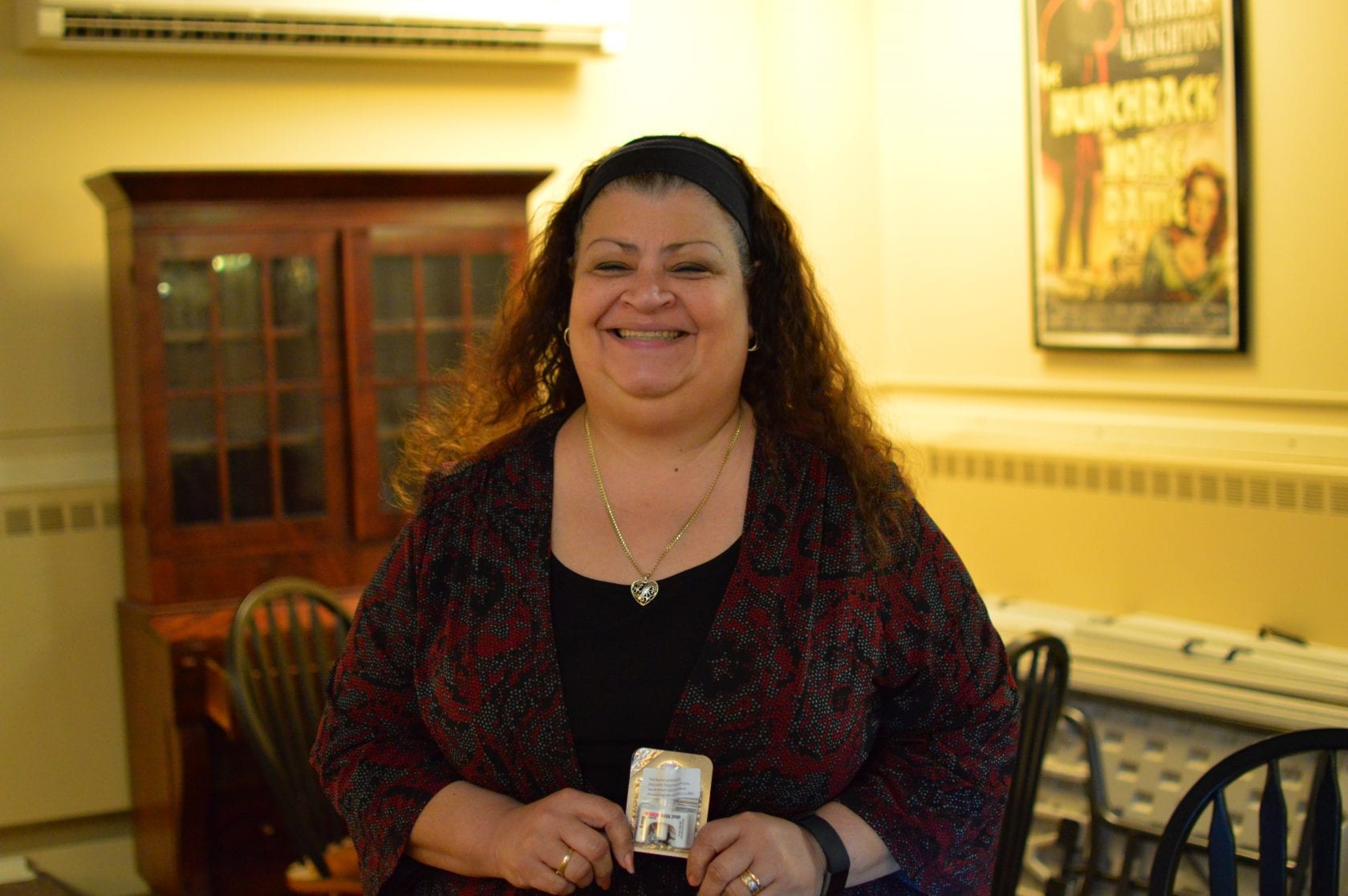 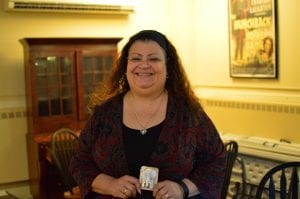 WESTFIELD- Tapestry Health hosted its’ ‘YOU narCAN SAVE LIVES’ event at the Westfield Athenaeum on Thursday.

The 90-minute event was presented by Nellie Maldonado, Assistant Director for Program Administration at Tapestry Health.

Much of the program was spent discussing how to administer Naloxone, more commonly known as Narcan. Maldonado also gave out Narcan to anybody in the audience who wanted some. Almost everybody in attendance took some home.

Narcan is an emergency medication that can be administered to a person overdosing on heroin, or other opioids, to temporarily reverses the effects of an overdose.

Maldonado detailed the process of receiving Narcan and getting refills if necessary. “during those refills we take the opportunity to ask the person if they used it or if was expired,” she says, “If they tell us they use it we try to gather more information, and everything is done anonymously.”

Fentanyl is another opioid that is up to 50 times more powerful than heroin. It was originally created as a pain reliever to be used after surgeries. In recent years there have been reports of heroin being laced with fentanyl. The combination of the two drugs has caused a spike in overdoses.

“The effects of Narcan can last anywhere between 30 and 90 minutes,” says Maldonado, ”but that time period can be shorter if the person has taken fentanyl.”

Narcan works by blocking the receptors in the brain that respond to opioids. It does not remove the drugs from ones body, meaning that once the Narcan wears off, the patient may return to being in an overdose if the drug had not yet run its’ course.

Throughout the program, Maldonado stressed that even if one administers Narcan and the victim appears to be fine, they should still call 911 so that emergency medical professionals can prevent an overdose from returning.

Massachusetts Good Samaritan laws, passed in 2012, prevent one from being in legal jeopardy if they call 911 to report an overdose.

There are several kinds of Narcan available for use. It can be found in either an injectable or nasal spray form. The first available form was known as the multi-step nasal spray. It required assembly before use, which can be tricky if one is witnessing an overdose and possibly panicking while assembling the spray.

“At that point we were really ecstatic because at least we had something that we could use,” says Maldonado, “but imagine trying to put it together in a really chaotic situation. People have reported losing pieces or dropping it and it cracked.”

Maldonado taught the audience how to tell the difference between an individual who is really high and one who is actively overdosing. A person who is just really high on opiates may appear to be nodding off or falling asleep, but they will respond if their name is called. A person who is overdosing will likely not respond at all.

“Another way to try to get somebody to respond is a sternum rub,” says Maldonado. The sternum is the long flat bone directly in the center of ones chest. Rubbing that area can be quite painful. If a person who is high on opiates and does not respond to a sternum rub, they are likely overdosing.

After administering narcan and calling 911, one should begin to conduct rescue breathing on the overdosing individual until help arrives.

“It is not CPR, so you do not need to do the chest compressions because it isn’t the heart that’s failing,” says Maldonado, ”You just want to be breathing for the person.”

Maldonado advises that if you have administered narcan and have been conducting rescue breathing but you have yet to call 911, “never leave the person on their back. They may begin vomiting, which will cause them to choke if they are on their back. Put them on their side in the recovery position while you get the phone.” 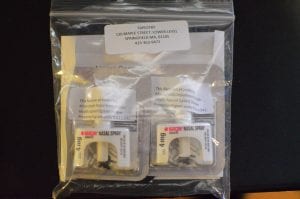 Two doses of Narcan nasal spray (Naloxone HCL). These bags were given to everyone who attended the ‘YOU narCAN SAVE LIVES’ event at the Westfield Athenaeum.

Although Narcan does not have any side effects on its’ own, the person receiving the medication will get sick almost immediately. This happens because when the receptors for the opiates are blocked, it not only ends the overdose, it also effectively ends the high.

Going from being really high to experiencing withdrawal symptoms in the blink an eye is not a good feeling, says Maldonado. “Imagine the feeling you get when you have the flu, and multiply that by three or four times.”

Maldonado describes some cases in which she revived individuals and they immediately attacked her out of confusion. She says they came back to thank her later on.

Heroin and opiates have only recently been referred to as an epidemic, but the problem has been around for many years, according to Maldonado.

“We are calling it an epidemic right now, but it was an epidemic when I was growing up,” she says, “It was just in a different community.”

Nellie Maldonado and Tapestry Health implore that one should rethink who can suffer from addiction. She says it isn’t just the homeless person collecting cans and pushing around a shopping cart, it can be anyone.

The ‘YOU narCAN SAVE LIVES’ event in Westfield was the first of six meetings to be presented in the Pioneer Valley over the next month. There will be a presentation at the Palmer Public Library on October 23, Ludlow High School on October 28, and Chicopee Library on November 1.

These events were made possible for Tapestry Health thanks to a grant given by The United Way.