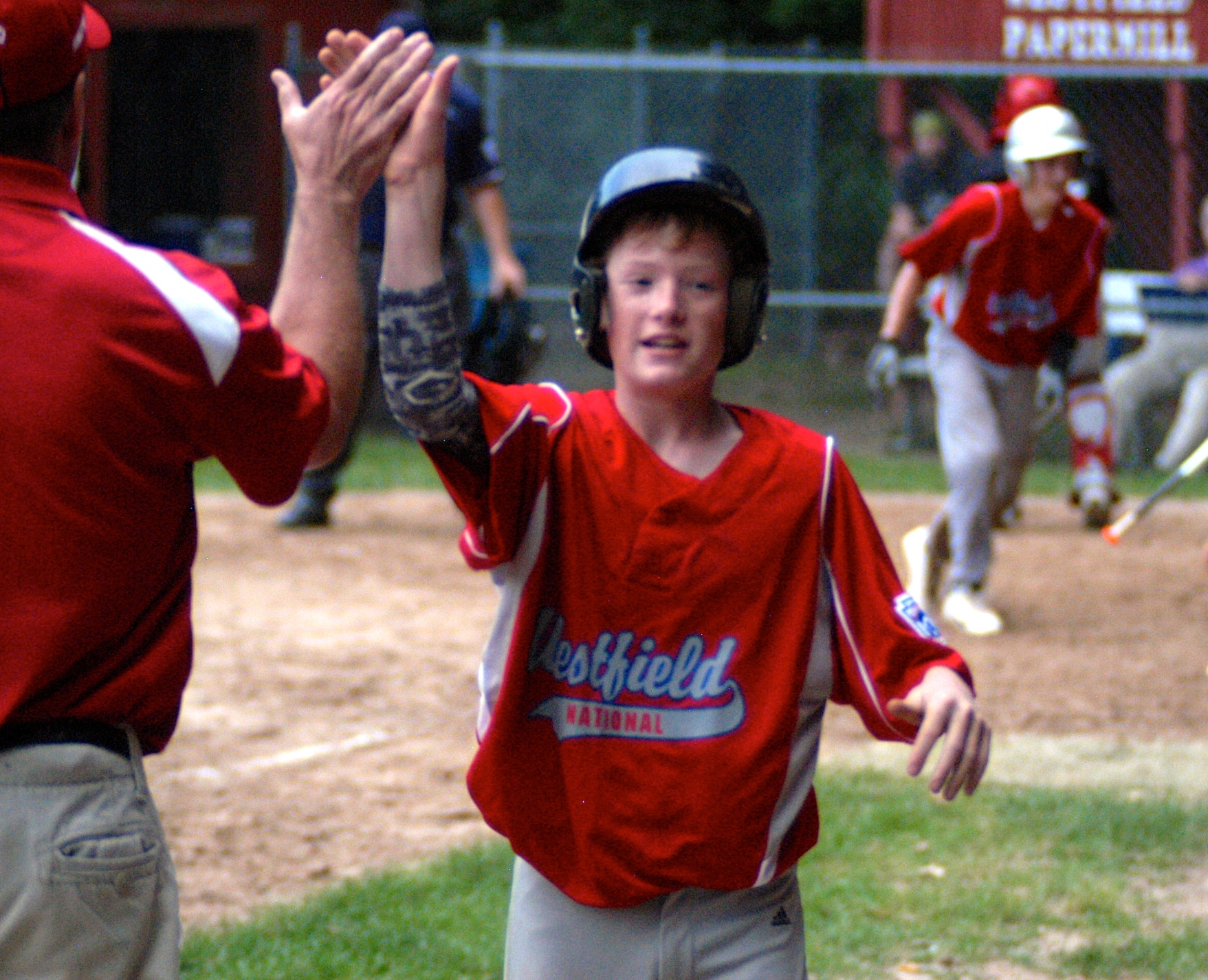 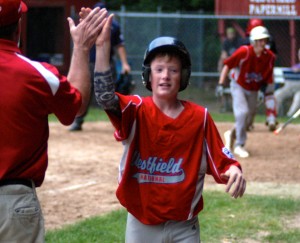 WESTFIELD – The temperatures are not the only thing heating up.
The Westfield Little League National All-Stars (11-12-year-olds) opened district play with the long ball, and a resounding 13-3 win over Northampton Wednesday night at Paper Mill Field. The Whip City’s Americans routed Northampton Gold, 14-1.
The Nationals clubbed two home runs, and a big extra base hit.
Kevin Palin bashed a three-run homer in the sixth, Ethan Flaherty clubbed a two-run dinger, and Jack Masciadrelli hit a two-run triple.
Jack Lamirande completed a game-ending double play for the local Nationals.
The Westfield Nationals will return to action June 30 at Southampton at 6 p.m. 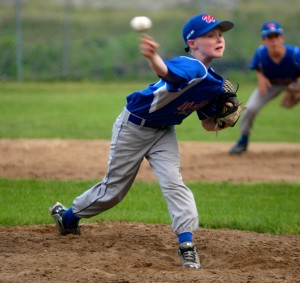 AMERICANS: Westfield American pitcher Tanner Koziol (5 Ks) tossed a one-hitter, and Colin Scanlon struck out four batters and allowed no hits in two innings of relief.
The Americans’ offense started slowly, and trailed 1-0 early following a run from Northampton’s Kahiz Supinski on a passed ball.
The Westfield hitting and running attack took over. The Americans scored four runs in the third inning, plus five each in the fourth and fifth.
After reaching base on a brilliant bunt down the first base line and working his way to third with a steal and Matthew Pelletier grounder, Koziol stole home to begin the scoring barrage.
Koziol (2-for-3), Matt Pelletier (3-for-4), Scanlon (3-for-4), and Tony Torres (3-for-4) fueled the Westfield offense. The Americans did not commit an error.
The Westfield Americans will next travel to Gateway June 28. First pitch is at 3:30 p.m.
PLAYOFF NOTES: It figures to be another busy sports night Thursday as the Westfield American All-Stars host Southampton and Westfield National All-Stars host Gateway at 6 p.m., while Babe Ruth hosts back-to-back Cup games at 5:30 and 7 p.m.