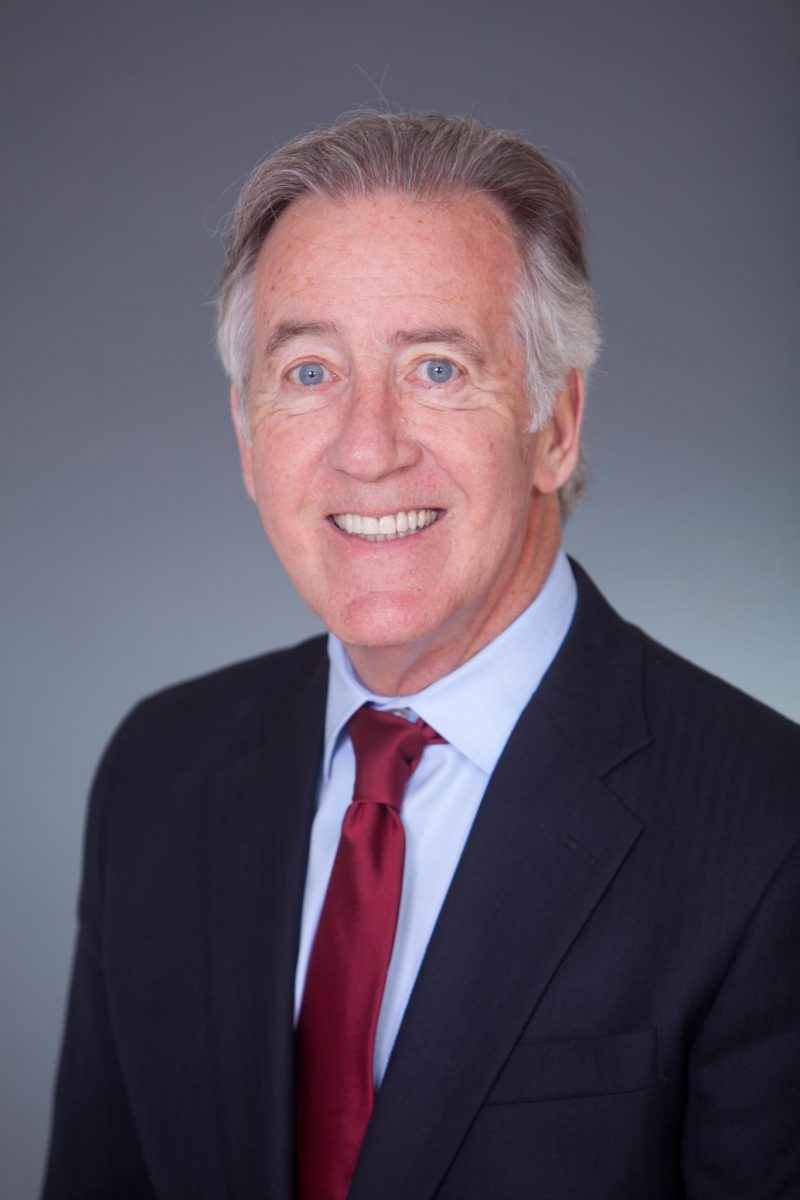 WESTFIELD- Congressman Richard E. Neal was the keynote speaker at the Sept. 18 Greater Westfield Chamber of Commerce Breakfast where he spoke about the state of the economy and the response to the coronavirus pandemic.

Neal spoke before a crowd of several dozen local officials and business leaders at the Tekoa Country Club. Chamber of Commerce Executive Director Kate Phelon joked that she had been trying to get Neal to speak at one of the chamber breakfasts for some time. He finally did, as Friday was Phelon’s final chamber breakfast before she retires from the position this week. 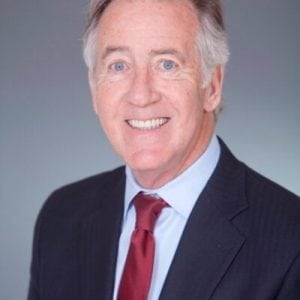 Neal first talked about the CARES Act, the pandemic relief bill that provided communities with additional funds and provided individual Americans with some financial relief. Neal helped write the bill as part of the House Ways and Means Committee, and the Massachusetts First Congressional District received $1.2 billion in funds from the bill.

“Now we need to proceed to the next round in finding a compromise for the HEROES Act. It’s that important,” said Neal.

The Heroes Act is a $3.3 trillion relief bill similar to the CARES Act that would provide an additional round of relief to businesses and individual Americans as the pandemic continues into the winter. The bill was passed by the House of Representatives on May 15, but the Senate has refused to take a vote on it, instead offering smaller versions of the bill.

“We are not going to embrace full economic recovery until we defeat this virus. You can see what is happening in our learning institutions. We are now proceeding to a season where there is likely to be a resurgence,” said Neal.

Neal worked to justify the $600 supplemental unemployment assistance that came with the CARES Act and argued that it should be reinstated with the next relief bill. He said that if people struggle to pay rent without the extra money, their landlords will be unable to pay their bills and mortgages as well.

Neal was confident that some form of the HEROES Act would be passed, and said President Donald J. Trump indicated to the Republican-led Senate that their current proposal for relief was not enough and that they should offer more.

Neal also suggested that the key to managing the pandemic until a viable vaccine is available is to increase the country’s testing capacity, to the point where one could ideally get tested every day and get their results back quickly. In the same vein, he advised that listening to the advice of health experts would help us get out of the pandemic faster.

Neal talked about his conversations with Democratic presidential nominee and former Vice President Joseph R. Biden about the need for an infrastructure program across the country, which would include Westfield-Barnes Regional Airport and other transportation projects in the region.

“There are parts of our transportation system that are third world,” said Neal, adding that there is now a reluctance to pass infrastructure legislation when it used to be “the easiest thing in the world.”

Neal then touted the SECURE Act, a bill he wrote in 2019 that was later passed by congress and signed by President Trump. The bill addressed how retirement savings are handled by the employer and employee and incentivizes businesses to offer more 401k plans to more employees. He argued that with the American life expectancy being far higher than it was throughout the 20th century, Americans are going to need to be able to save more money for their retirement.

Neal is up for reelection in the Nov. 3 General Election.