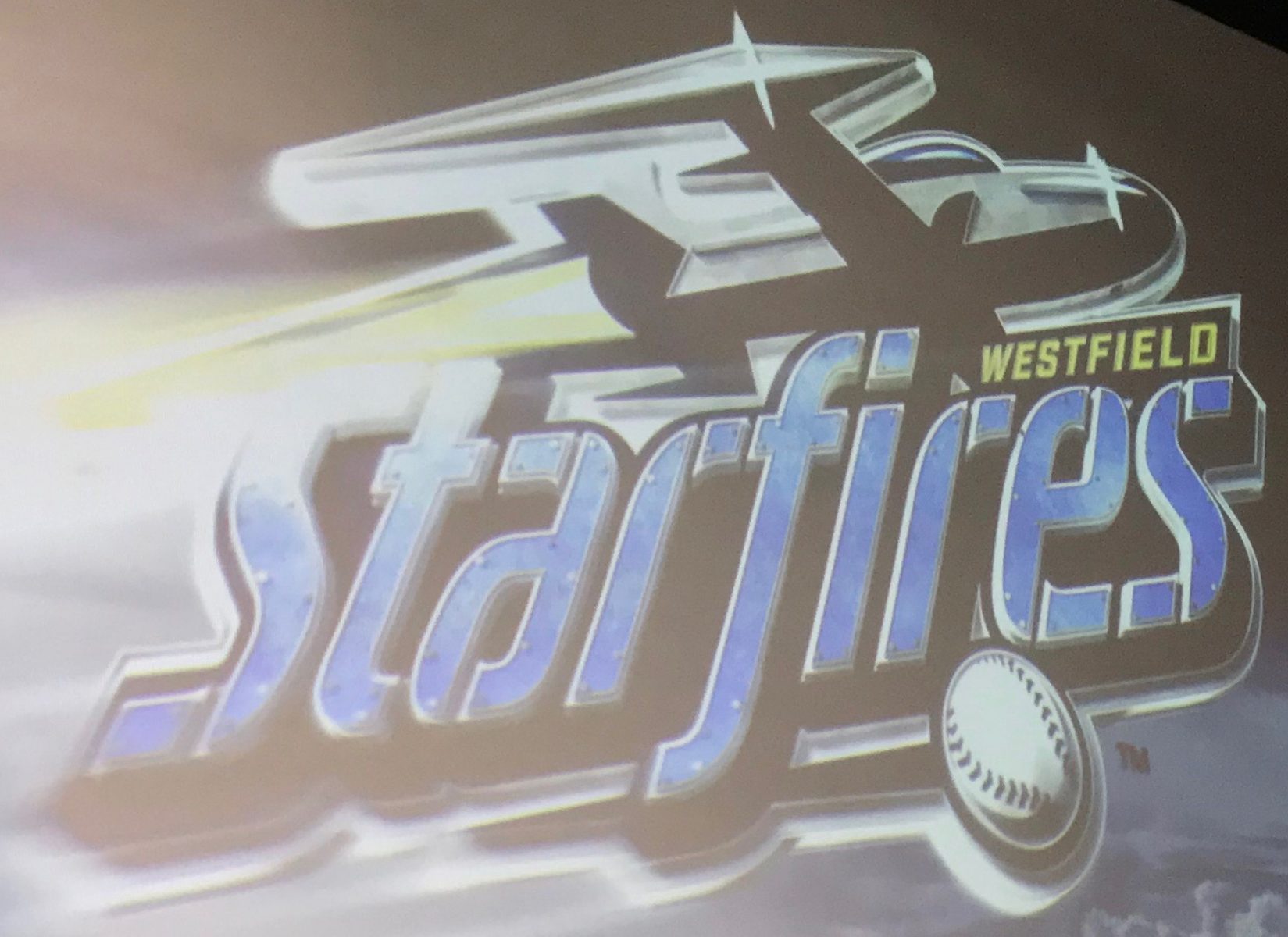 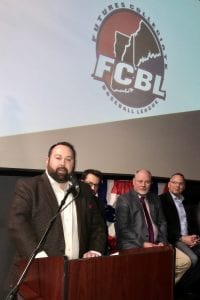 WESTFIELD – It truly has been a field of dreams for Bullens Field in the Whip City with high school championship teams like Westfield and St. Mary’s, and a Babe Ruth World Series having recently made their journeys on the local diamond.
The Whip City rolled out the welcome mat to officially welcome the latest entrant to the club, the Westfield Starfires of the Futures Collegiate Baseball League. Local dignitaries, distinguished guests, and Starfires’ officials were on hand to unveil the team logo and announce their presence to the community Wednesday night. A standing-room only crowd packed the Shortstop Bar & Grill for the inaugural ceremony. 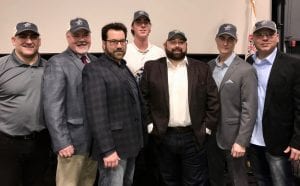 “This is one of the best turnouts that we’ve had in any of our new expansion franchises since we started in 2011,” said Chris Hall, a former commissioner of the Futures League who has accepted an advisory role. “There’s three things that we look for in a league for a new ownership group or an expansion team – a good community, a good facility, and a great ownership group.”
Futures officials pointed to the “charm” of Bullens Field, the support of Mayor Brian Sullivan and city officials, and the “blessing” of Greater Westfield Babe Ruth Baseball League President Dan Welch as the key points in the acceptance of Westfield becoming the home to an expansion franchise.
“This roster is going to start in our own back yard said Evan Moorhouse, a former Westfield High and Westfield State baseball player who is now the Starfires director of baseball operations. 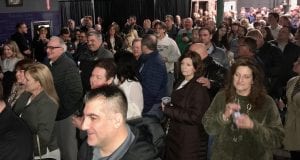 A crowd of onlookers pack the Shortstop Bar & Grill for the introduction to Futures Collegiate Baseball Wednesday night. (Photo by Chris Putz) 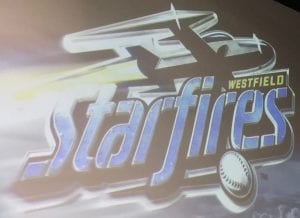 Westfield State University pitcher Vincenzo Camera will also play for the Starfires.
The Starfires open the season on the road May 29 against the Bristol Blues at Muzzy Field Park in Bristol, Conn. They return to the Whip City for their home opener May 31 against Pittsfield.
The Starfires have already sold out their June 5 and June 13 contests.