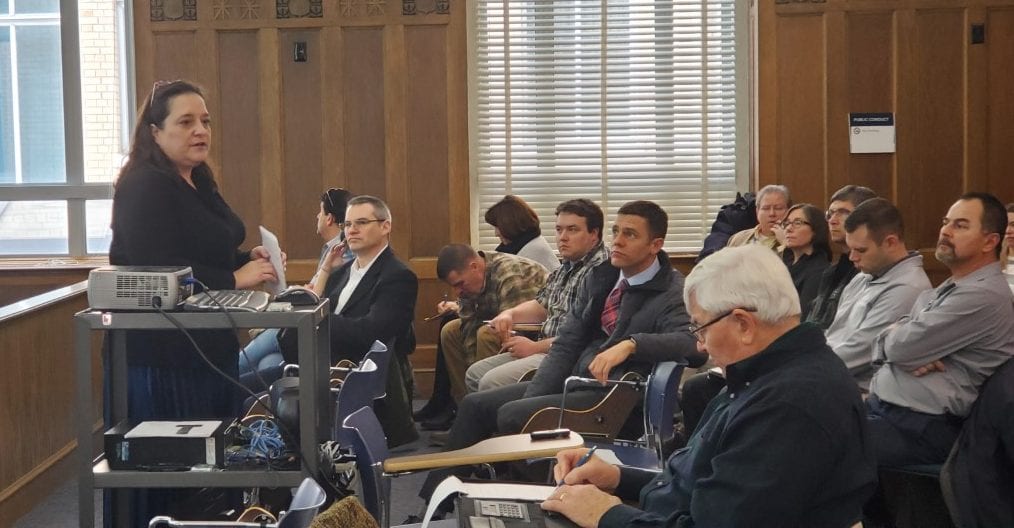 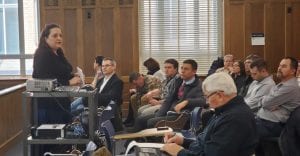 The focus of the hearing was to discuss the proposed amendments to existing polyfluoroalkyl substances (PFAS) regulations.

The new regulations would establish a new maximum contaminant level (MCL) for total PFAS levels at 20 parts per trillion (PPT), which is 50 PPT lower than the current EPA recommendation. PFAS was detected in wells on Westfield’s north side in 2016. The city is undergoing filtering efforts now.

“This is a huge step for us. It is the first step, and it is very important,” said Mello, who said there is more work to be done. “Is this enough? No. We want it lower, we want all PFAS controlled in the environment. We want to make sure that we end our exposure. This is not enough but this is a very important first step. Our communities who suffer from PFAS contamination need this step.”

She also noted that the new 20 PPT limit does not take into account the theoretical limit for those who have already been exposed to PFAS chemicals for years.

Westfield resident and University of Massachusetts, Amherst Senior Christopher Clark, who works in the university’s toxicology lab, also spoke out at the hearing. He largely agreed with Mello’s point of the regulations being a good first step but that more is needed.

He brought with him a biodegradable container from the UMass dining services which he said has tested positive for PFAS compounds. He said that this is problematic, because if something containing PFAS biodegrades, it will likely end up directly in the soil.

“When PFAS goes into water it is then held onto by the soil and then further released,” said Clark.

Velis, D-Westfield, asked the DEP to keep the city at the forefront when funds are distributed.

“However many years ago, Westfield folks woke up one day and found out their drinking water was bad,” said Velis, “I had to deal with angry, sad, upset constituents wondering why. Don’t forget about us here in Westfield and keep us in mind,” said Velis, “Can we please get our fair share of that money? We have been affected. We have taken great steps in response to this. We can’t hold the people of Westfield accountable for something that they had nothing to do with.”

Hearing Officer Margaret Finn of the DEP said that the basis of the new level is that the DEP Office of Research and Standards determined that this is the level that can be consumed over one’s lifetime without one experiencing adverse health effects.

The new MCL would apply to community water systems such as large reservoirs as well as smaller systems such as schools and large businesses. It would not apply for non-community systems such as campgrounds or small businesses. The new regulations would be implemented over the course of a year, with communities of populations between 10,000 and 50,000 people having a deadline of Oct. 1, 2020. Westfield would fall under that category.

The water systems will be monitored every quarter of the next year, and then once every three years after that. Increased monitoring would be implemented in specific systems if the PFAS levels are found to be too high.

Finn said that all monitoring results would be uploaded online. She added that in the event of the MCL being violated, those in charge of the given water system are required to take action to remove the contamination.

Another public hearing took place on Friday in Boston. Additional hearings are scheduled on Jan. 28, 29, and 31 in Lakeville, Wilmington, and Worcestor, respectively.