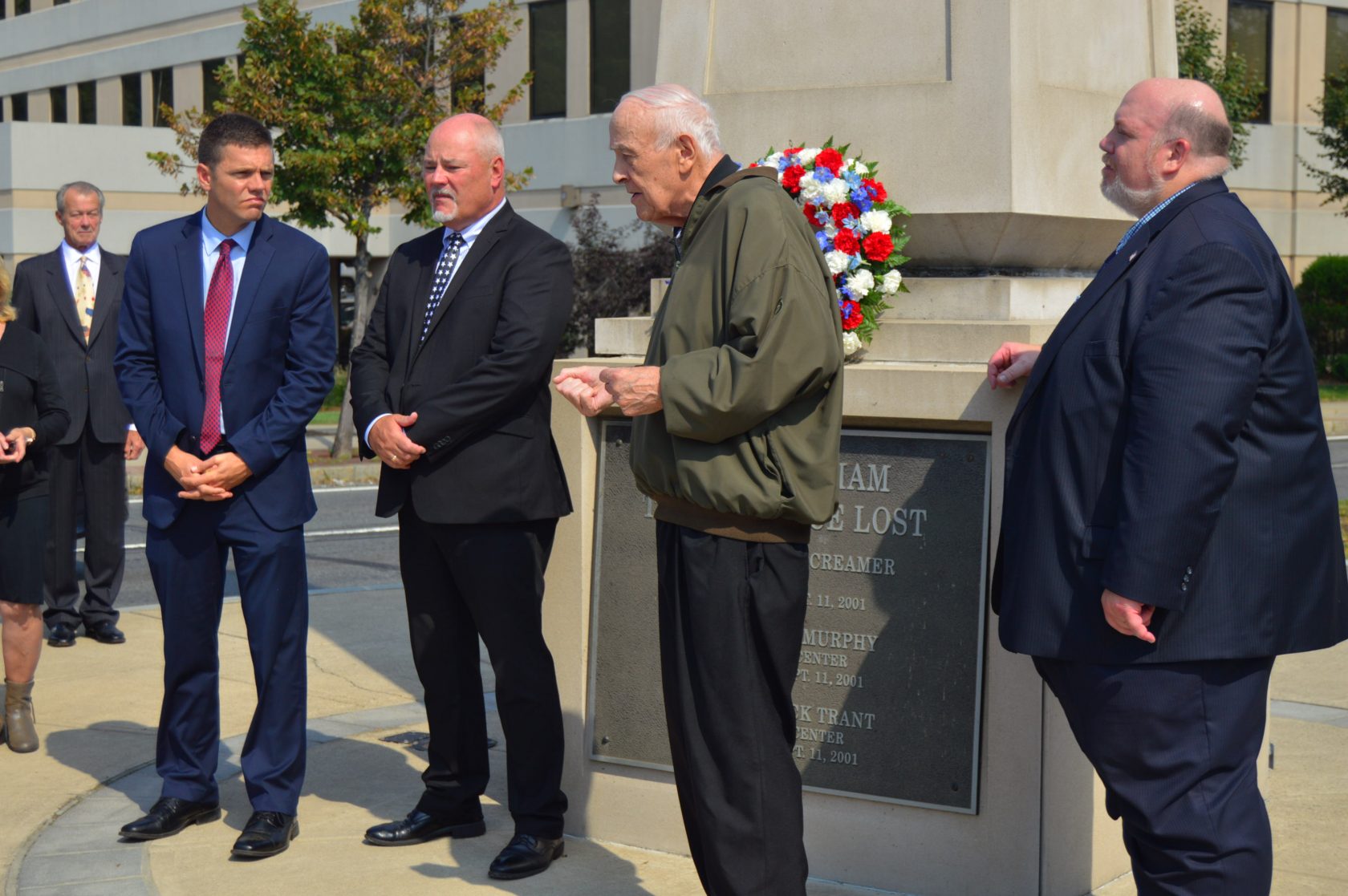 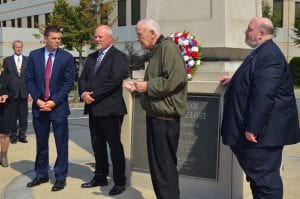 WESTFIELD- City and State officials gathered for multiple ceremonies throughout Wednesday to remember the 18th anniversary of the Sept. 11 terrorist attacks.

The first ceremony was held in front of Westfield’s Fire Department headquarters on Broad Street at 10 a.m.

The ceremony was attended by a large contingent of Westfield firefighters, police officers, residents, and city and state officials. Fire Chief Patrick Egloff lead the ceremony in remembrance of the first responders that were killed in the line of duty on that day.

“Eighteen years have passed since the attacks of Sept. 11, 2001. An atrocity that claimed 343 of our brother and sister firefighters,” said Egloff.

He then recognized the local families of residents who were killed in the attacks; Tara K. Shea Creamer, Brian J. Murphy, and Daniel P. Trant.

“Most importantly, today we recognize the bravery and sacrifice of the firefighters, EMS providers, police officers, and other first responders who gave their lives in the service to others,” said Egloff.

On that fateful day, 343 firefighters, 68 police officers, eight medical personnel, and one fire patrolman were killed following the hijacking of four planes by 19 hijackers who flew them into the Twin Towers in New York, the Pentagon and a field in Pennsylvania. In total, 2,996 people died in the attacks themselves. Thousands more have died since from illness or injury associated with the damage caused by the attacks.

When Egloff concluded his address, he turned the ceremony over the Deputy Fire Chief Benjamin Warren, who ordered that the flag should be placed at half mast for a moment of silence.

Fr. Joseph Soltysiak then lead the audience through a prayer recognizing the attacks.

“By being good and faithful citizens of the United States of America, you will be a part of maintaining our freedom and liberty and the way we leave,” said Soltysiak. 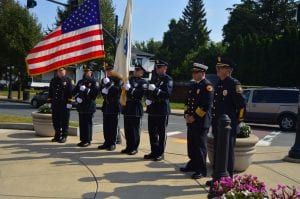 Following a reading of the firefighter’s prayer, a bell was tolled to resemble a Morse code signal that indicates the death of a firefighter in the line of duty. The ceremony concluded with”Amazing Grace” being played on the bagpipes.

Members of the Westfield families who lost their loved ones in the tragedy also took the time to speak. The memorial at which they spoke memorializes three of the victims who were natives of Westfield, and where they were when their lives were taken.

Other events of remembrance were held in Westfield and nearby towns. Southwick’s Fire Department hosted a similar ceremony with the tolling of the bells Wednesday morning as well.

Later in the evening, city and state officials were invited to a Sept. 11 remembrance with the Sons of Erin Irish heritage organization in Westfield.