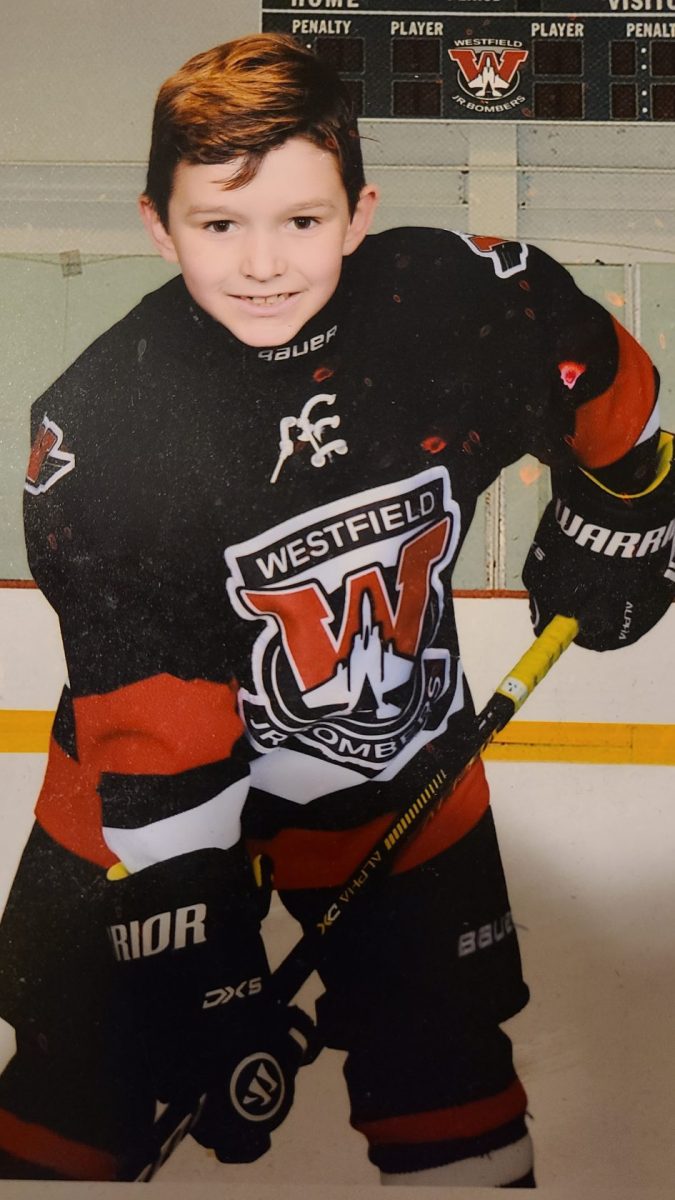 WESTFIELD – Eight-year-old Cooper Wilgus has shut down opposing hockey players as a defenseman in the Westfield Youth Hockey Association for three years now. It should come as no surprise then that the only thing that was able to shut down Cooper was COVID.
“Hockey is kind of it for me,” Cooper said. “I like the action, honestly, because I like sports that have a lot of action. I look forward to just playing games and being with my team.”
Indoor ice skating and hockey rinks, including Amelia Park, were closed for a two-week period, beginning Oct. 23 and ending Nov. 7, due to pockets of coronavirus outbreaks in Massachusetts, state health and public officials announced a week ago. Professional and collegiate hockey and skating programs were exempt from this order. 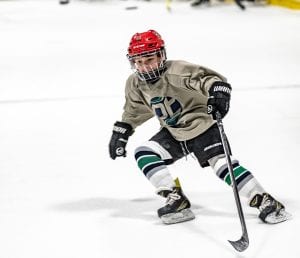 Cooper Wilgus, 8, of Westfield works out on the ice during this past offseason. (WILGUS FAMILY PHOTO)

Cooper and tens of thousands of youth hockey players all over the state were shut out of playing the sport they love.
According to the Baker Administration, more than 100 players tested positive. (Cooper was not one of them.) Making matters worse, some adults and coaches were alleged to have blocked the state’s attempts to track the transmission by failing to hand over rosters or outright ignore contact tracers.
“They’re using a broad brush to paint the sport the way they are,” said Cooper’s father, Brian, noting that youth hockey is comprised of players as young as six or as old as 16. “Why did they do a full-scale shutdown if most of the COVID cases are from out east? I personally felt the western part of the state is being punished. I would have liked to see them identify the organization responsible and shut them down for two weeks.”
With all of the time and money invested in hockey, travel leagues and such, Brian said he is not surprised by the deception being reported among some parents and coaches at the youth level.
“I understand it,” Brian said, “but I don’t agree with hiding it. I would be forthcoming rather than jeopardize all of hockey in Western Massachusetts . . . It is better being up front and honest rather than punishing 47,000 kids for the sake of 20.”
Cooper hails from a family of hockey players. Brian plays in the adult men’s league, while Cooper’s mother, Chelsey, and sister, Molly McCasland both play for the Lady Stars. So it was only natural that Cooper was drawn to the sport as well. (Cooper’s other sister, Morgan McCasland, would have been playing soccer at Southwick in this, her junior year, had the school not decided to keep the sport sidelined through the fall.) 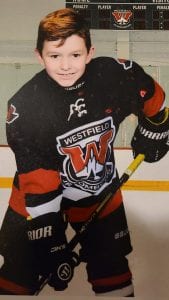 Cooper’s first foray on defense came early on as he was just learning to adjust to the sport. A player was missing from the defensive unit so Cooper was inserted into the position.
“I just loved it from then on,” Cooper said. “I have a lot of speed for skating. I can go the blue line and immediately rush back.”
His father said “when Cooper played for the Mites, he was always coming back to help out the defense . . . he gravitated toward it.”
Cooper currently plays for the Westfield Youth Hockey Junior Bombers “A” team, or “Red” team, in the 10-and-under Squirt Division.
“Obviously, New England has a proud tradition of hockey from the Mites all the way up to the college level. With the lockdown, we were anxious to get back to some sort of hockey. Now, with this closure, we’re just excited agains to get back and hit the rinks . . . The hockey community is a family. Most of the parents I know — whether you agree or disagree with it – will do whatever they ask us to do to play.”
Cooper’s mother, Chelsey, agreed.
“Two weeks is nothing if we have a full season,” Chelsey said. “We are going to follow the rules and protocols, keep our fingers crossed, and hopefully we will be playing into March.