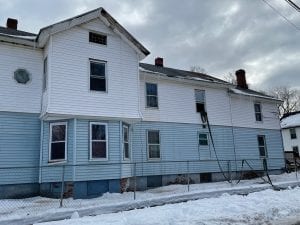 Deputy Fire Chief Benjamin Warren said Thursday that 12 people were safely evacuated from the home and no injuries were reported among civilians or firefighters. Firefighters were called to the house just before 1:30 a.m. Feb. 4 for an attic fire.

Warren said the fire was knocked down within 30 minutes of their arrival.

In addition to the 12 residents, Warren said a number of pet birds and lizards were also saved from the structure fire. Westfield’s Animal Control responded and transported the animals to the Westfield Regional Animal Shelter.

The exact cause of the fire is still under investigation, but Warren said it is not considered to be suspicious.