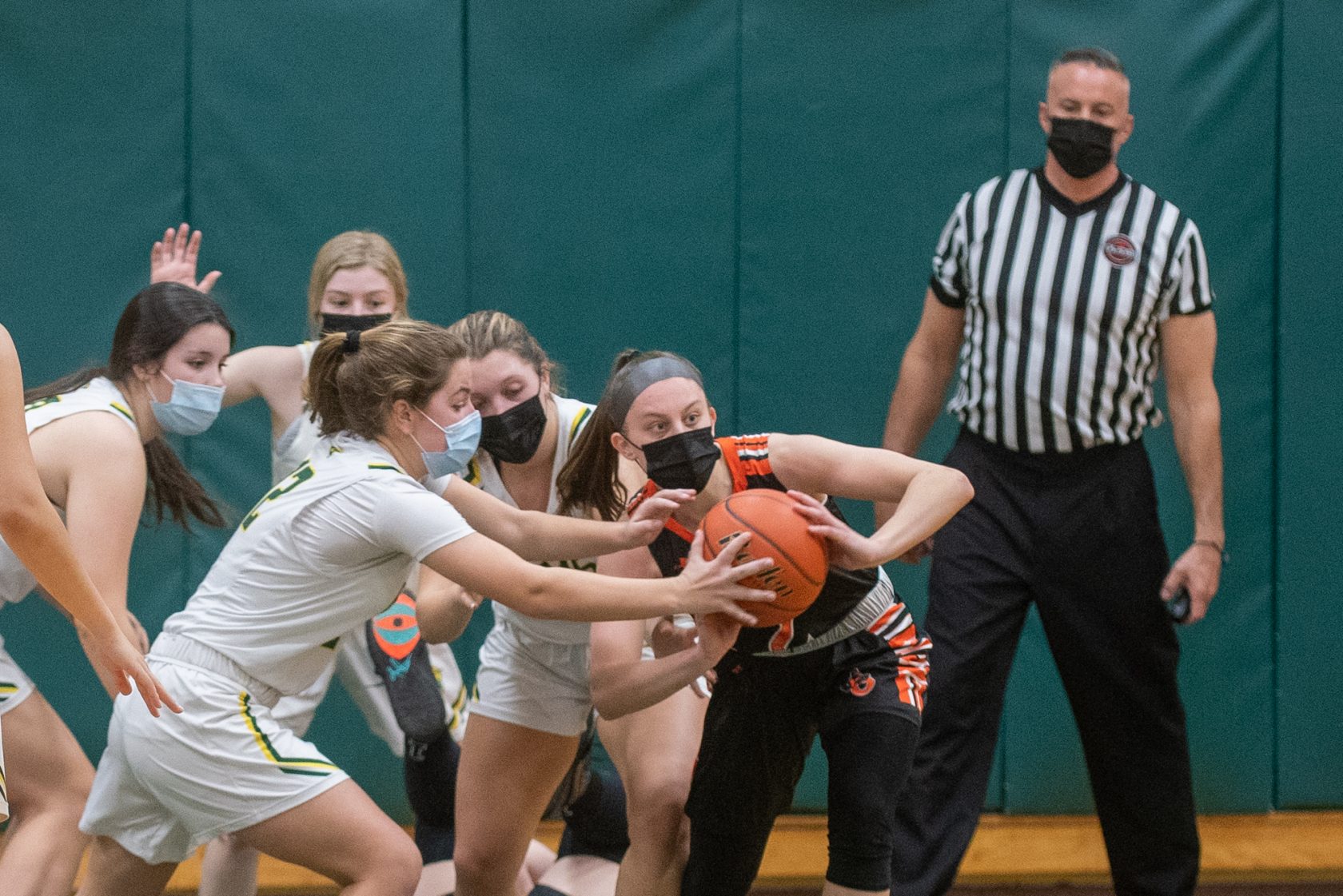 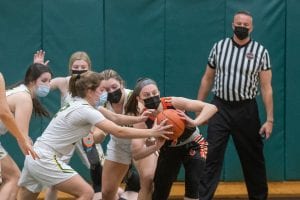 With the Belchertown player looking for an outlet, Southwick’s Maeve Turmel (12) ties her up for a held ball Tuesday night. (BILL DEREN PHOTO)

SOUTHWICK – Belchertown used a second quarter outburst, outscoring Southwick 9-2 during that period to slip past the Rams 34-27 Tuesday.
It was a tightly played contest in the first quarter with Southwick eclipsing Belchertown 8-6. The 9-2 run put the Orioles out front though 15-10 at the half. A nip-and-tuck second half did not allow either team much room for error, and the score held up for the visitors.
Southwick’s Hannah Burke and Mia Ferrintino tied for a team-high six points.
“Offensively, we moved the ball well, better than we have been,” Southwick girls basketball coach Brittany Sleight said. “Defensively, I was again impressed with our pressure and takeaways in the half court. We, as a team, continue to get stronger as this ‘Fall II’ season continues, and we have played tough teams. I couldn’t be more proud of my girls effort each and every game.”
The Belchertown boys basketball team also enjoyed a productive night, defeating Southwick at home by double-digits. The Rams travel to Easthampton to face the Eagles April 8.
The Southwick girls basketball team returns to action April 9, also at Easthampton. Both games begin at 5 p.m.