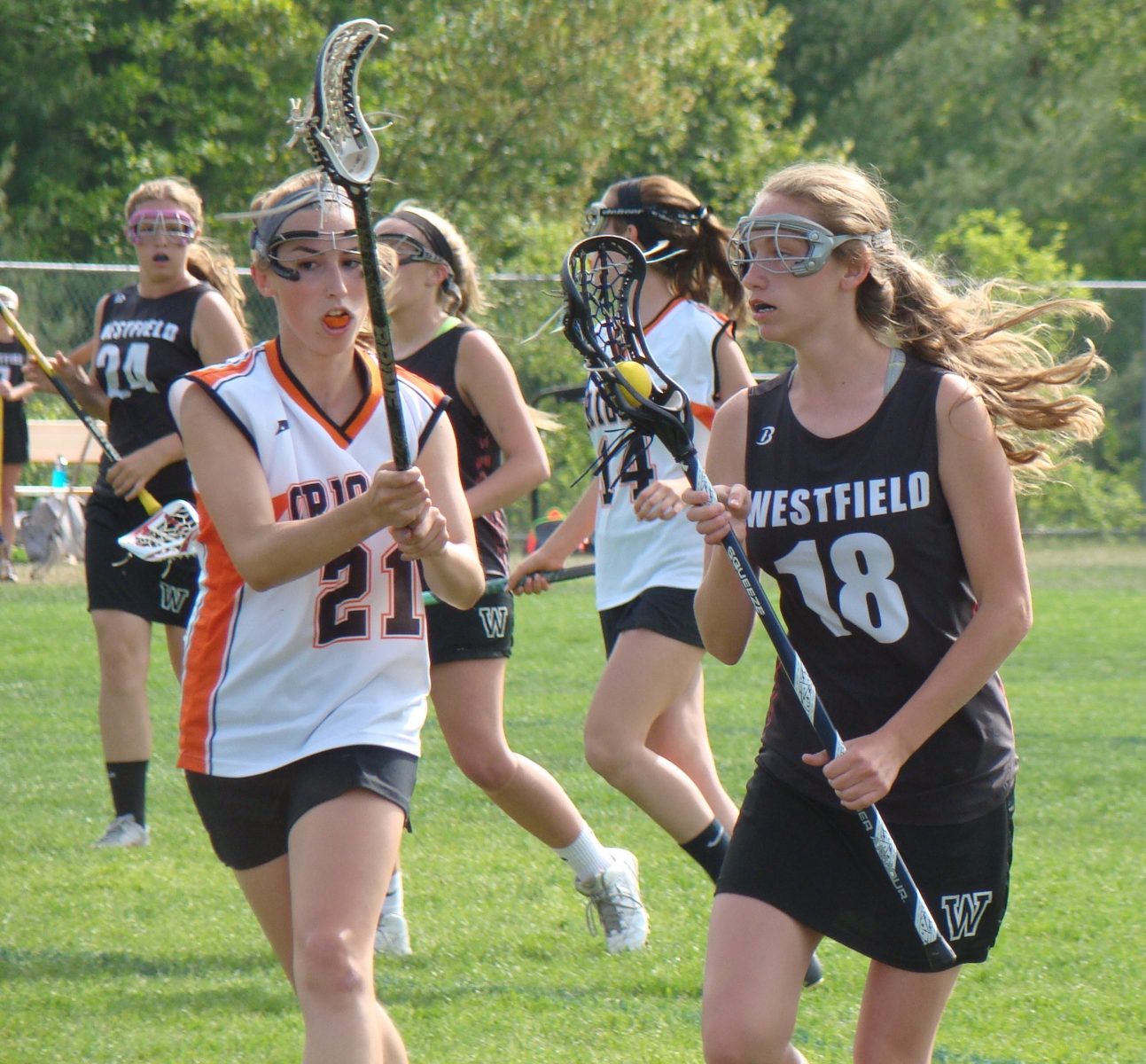 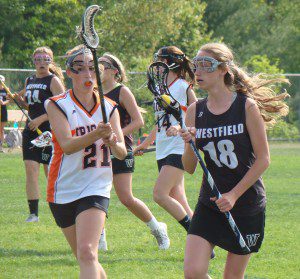 WESTFIELD – Belchertown scored 11 of the final 12 goals in a girls’ lacrosse game Monday to hand Westfield a heartbreaking loss 23-14.
The Orioles’ offensive explosion occurred following a timeout.
“From that point forward, we just didn’t seem to take the field again,” Westfield coach Paul Fenwick said.
Rachel Gelina led Westfield with seven goals and two assists, Olivia Chaoush netted three goals, and Bombers’ goalie Lexi Levere made seven saves in the second half.
“This loss puts in a tough spot,” said Fenwick, whose Bombers must now win out to earn a playoff berth.

LeClerk’s 2 HRS sinks Tigers
Pathfinder 9, Westfield Voc-Tech 3
Austin LeClerk homered twice to lead Pathfinder to a big home victory.
Jake Parsons, Nate Boulay, Boyden, and Hart each had hits for Voc-Tech.
“We really need to bounce back (Tuesday) versus Smith Voke,” Tigers’ coach Kyle Dulue said. “We need to learn from (this loss) if we want to have any type of postseason.” 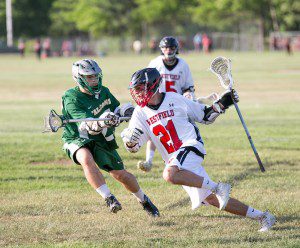 SOFTBALL
Bombers clobber Hurricanes
Westfield 13, Amherst 1 (6 inn.)
Seven of Westfield’s nine batters in the lineup spots produced RBIs, and the Bombers scored in every inning, save for the first in a big win over Amherst Monday.
“This was huge for us and showed what we are capable of,” Westfield coach Mary Seid said. “After leaving the bases loaded in the second inning, I told them that we had to reduce the number of runners left on base and convert base runners to runs. This is what good teams do, and they definitely executed. I’m proud of them for being able to make that kind of adjustment. They definitely made me a proud coach tonight.”

Suffield (Conn.) 6, Southwick 4
Pat King went 2-for-3 with a triple and an RBI for Southwick in an independent contest. The Rams suffered from base running blunders and fielding errors.