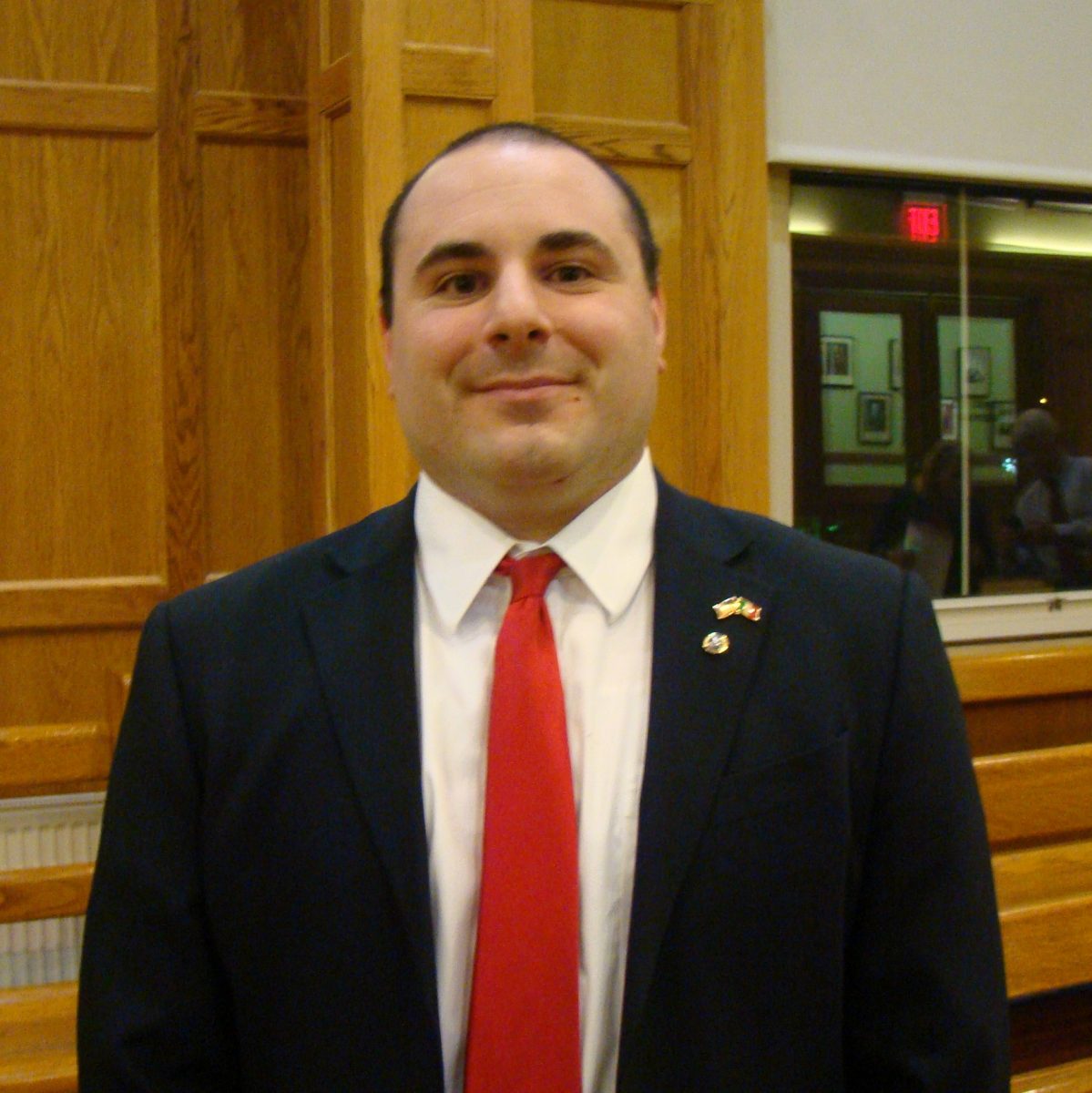 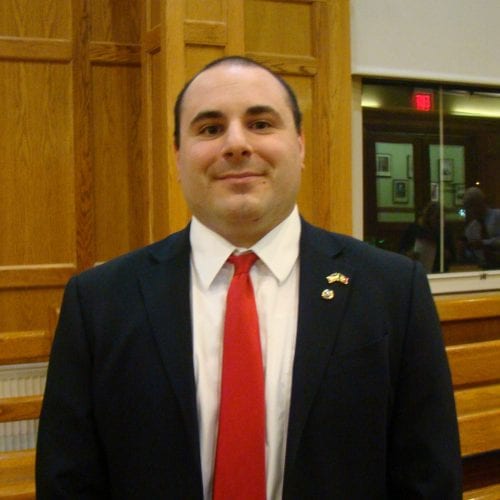 City Auditor Christopher Caputo will be leaving at the start of July to become Springfield’s treasurer/collector. (Photo by Amy Porter)

Caputo said the end of the fiscal year 2020 has been poor, mostly due to COVID related shutdowns. He said the city may still get grants to offset some of the losses they experienced in revenue.

Looking ahead, Caputo said the forecast should be a little better in FY22, as the impacts of COVID should be gone by two fiscal years from now. However, he said he and his colleagues are anticipating a national recession by FY23, and the end of FY22.

Caputo said he spoke with the city assessor, who said the value of real estate in Westfield has increased another five percent, which brings the city to six years out from hitting the levy ceiling. He said looking at the trend in property values since 2007, Westfield just exceeded those values now, and that was 12 years ago.

Caputo also said if a big enough dip in values occurs when the recession hits, Westfield could hit the levy ceiling.

“Nobody’s going to want to take the cuts to balance the budget,” Caputo said, although he thinks the city could get a large cut from the Police, Fire, School and Public Works budgets.

“FY23 has the potential to be the most difficult upcoming year, even more than FY21,” Caputo said.

Other topics addressed in the meeting were pension and OPEB liabilities. Caputo recommended moving away from the Public Employee Retirement Administration Commission (PERAC) which sets the rates, and which he believes favors Eastern Massachusetts, and hiring a more favorable actuary, which he said could reduce the liability, now at $100 million by $3 million.

Flaherty said currently every $650,000 of new growth in the city goes to the pension schedule.

The OPEB (Other Post-Employees Benefits) liability for Westfield is at a couple of a hundred million, Caputo said, adding that some communities appropriate a quarter of their tax increase to OPEB.

Flaherty said Westfield shows a negative liability on the books due to the pension and OPEB.

Caputo said at the end of the year, Westfield should expect to see either a very, very large or very, very small Free Cash due to encumbrances, which may be eliminated by the end of FY21. “It’s literally a couple of million dollar swing either way,” he said.

“If we have $7M in new Free Cash, there will be a lot of demands on that money,” Flaherty said, with Caputo adding that it will depend on the cut in local aid from the state.

Bean asked whether there is any conversation about Proposition 2 ½ and whether the state could come up with a better formula or way to do it.

Caputo said West Springfield, Pittsfield, and Lenox are at the levy ceiling, and Longmeadow is asking the state to exempt them. “Until larger cities start putting pressure, we won’t see any change to that,” he said.

Bean also asked Caputo for recommendations as to where to look for a new auditor, which is a City Council hire. Caputo suggested using the Massachusetts Municipal Association’s accountants and auditors networks. “Some communities are hiring headhunters to do it,” he said.

“I would be interested in that if the first wave doesn’t pan out,” Bean said.

“Good luck. I hope you guys can weather the next recession that’s coming,” said Caputo before the meeting closed.

The three councilors also wished Caputo luck as he takes on the position of treasurer/collector in Springfield.

Earlier in the meeting, Flaherty said the goal of the ad-hoc Long-Range Finance committee is to make financial information more accessible to the public.