WESTFIELD – Westfield State University’s baseball team scored nine runs in the first inning en route to a 15-8 win over The College at Brockport in Winter Haven, Fla. on Tuesday afternoon.
The Owls improve to 4-2 on the season. Brockport is now 6-5 overall.
Westfield got on the board in the bottom of the first inning grabbing 9-0 lead as the first eight batters of the game reached base for Westfield. Anthony Crowley rapped a three-run triple to fuel the big inning for the Owls. 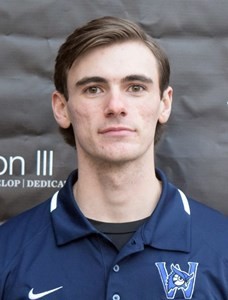 The Golden Eagles responded with three hits in the top of the second to cut the deficit, making it a 9-4 game.
In the bottom of the fifth, junior Alex Lafayette (Ludlow, Mass.) homered to left center earning 2 RBI’s and increasing the Owls’ lead to 11-4.
Brockport was able to score single runs in the top of the seventh and eighth innings but Westfield responded well, earning three runs in the seventh and another in the eighth to lead 15-6 over the Golden Eagles.
Brockport’s two additional runs in the top of the ninth weren’t enough to overtake Westfield’s lead.
Owls’ sophomore pitcher Jamie Butler (Waterbury, Conn. Sacred Heart) started for the Owls and recorded the win. Brockport’s senior pitcher Moxley (Oneonta, N.Y. / Oneonta) took the loss. Lafayette finished 2-4 at the plate and drove in four runs, and Colin Dunn rapped out three hits for Westfield.
Both Westfield and Brockport totaled 14 hits and three errors.
The Owls play Dickinson College in a double header on Thursday, March 16th at 1:30 p.m. and 3:30 p.m. at Lake Myrtle Park on field six in Auburndale, FL. – Courtesy of Westfield State University Sports