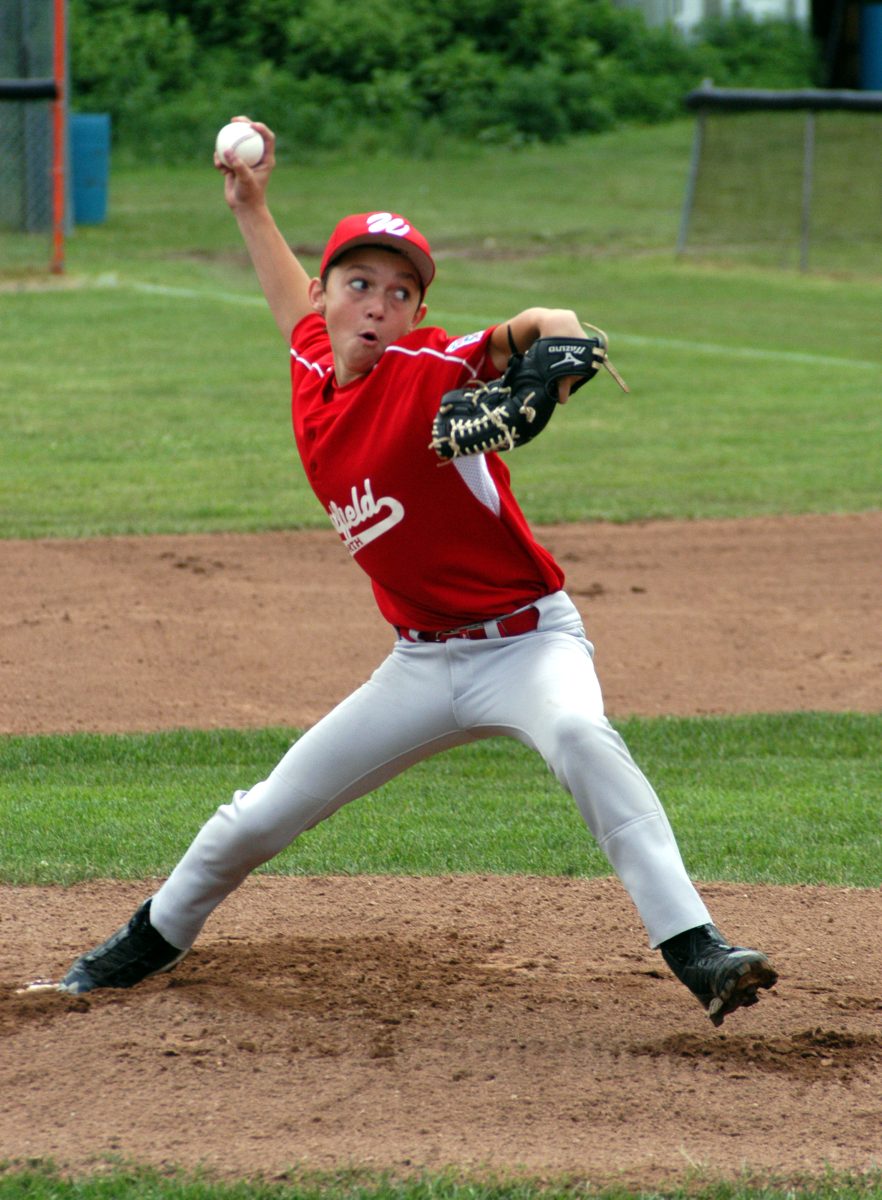 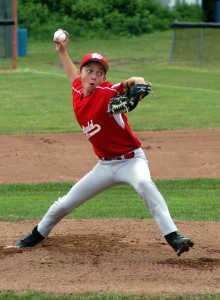 WESTFIELD – It appears the Westfield Little League North 10-11-Year-Old All-Stars were charged and ready to go for the 2013 tournament season after all.
Westfield’s battery provided electrifying results as Westfield pitcher Kevin Paluk (8 Ks) tossed a one-hitter, and catcher Ryan Moorhouse (3-for-3) blasted three RBI doubles to storm past Agawam 10-0 in a four-inning, mercy-shortened game at Carl Beane Field.
Paluk cruised from the outset, retiring the first 10 Agawam batters. He recorded six straight strikeouts before Conner Feyar broke up the no-hit bid with a sharp bounding, one-out single down the third base line in the top of the fourth. The Westfield pitcher came back to force a fly out, and catcher Jack Masciadrelli threw out a would-be base stealer at second to end the inning.
Westfield wasted little time in forging an early first-inning lead.
Masciadrelli hit a lead-off double, advanced to third on a passed ball and scored on Moorhouse’s one-out double. Two wild pitches later, and Westfield led 2-0.
Paluk helped out his own cause in the second inning, drilling a two-run single and scoring on Moorhouse’s second double of the game.
In the fourth, Westfield exploded for five additional runs. Another Moorhouse run-scoring hit, followed by a run on a passed ball, and consecutive RBI singles from Jack Lamirande, Christopher Barber, and Ethan Flaherty made it 10-0 and effectively ended the game.
Westfield North’s victory came on the heels of Flaherty’s sensational pitching performance in the District 2 opener against the South.
“We’ve got very good pitchers – they’re fun to catch,” said Moorhouse, who split time at catcher and shortstop Saturday. “They’ve got pitches and they can place them basically anywhere.”