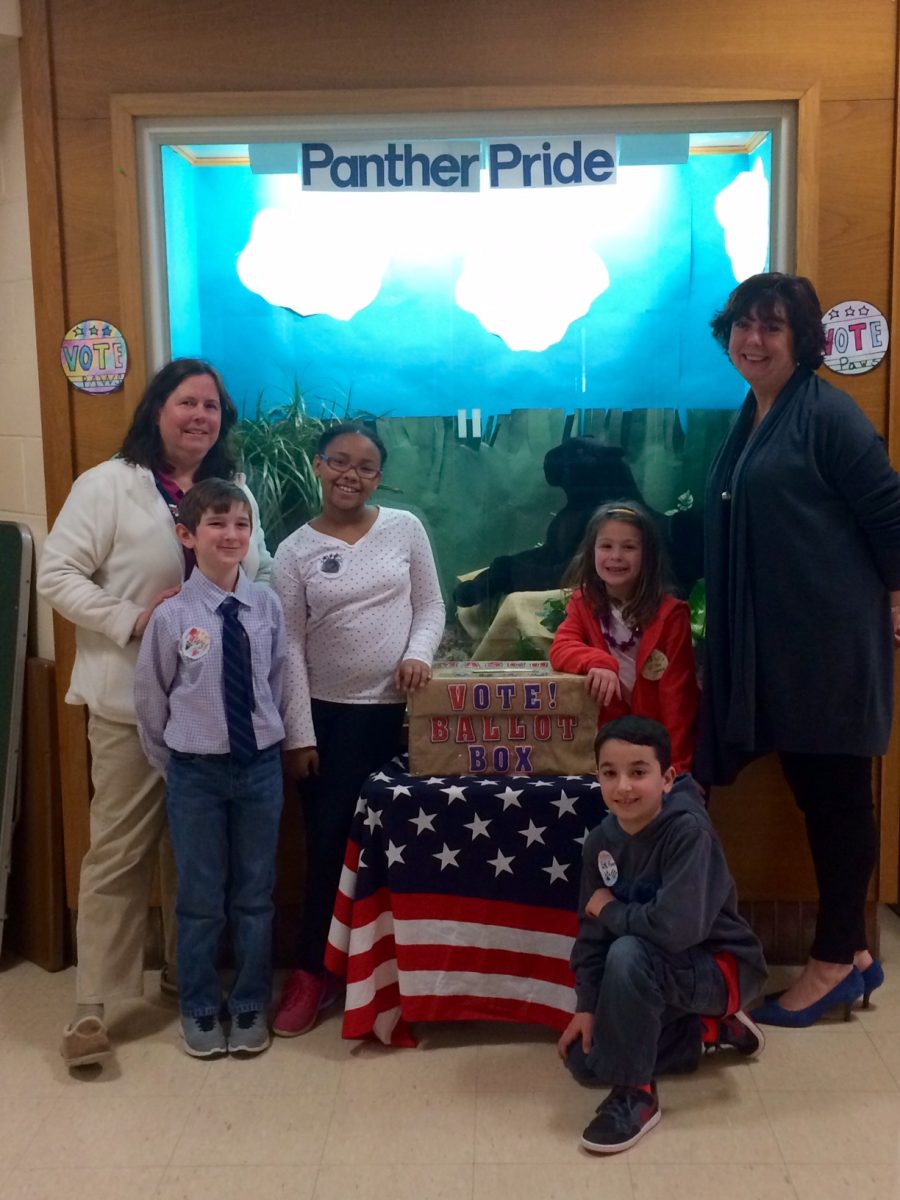 WESTFIELD – Super Tuesday was extra special for students at Paper Mill Elementary School.
As voters across the city cast their ballot in the presidential primary, students and staff at Paper Mill voted to name their school mascot.
The Paper Mill Panther is now known as Shadow.
A preliminary election narrowed down the name choices to three finalists.
“We had three names to vote on – Paws, Shadow, and Snoop Cat,” said second grader Haleigh St. Jean.
More than 500 ballots were cast and Shadow was the winner, with Paws a second close and Snoop Cat trailing behind.
Second grade teacher Kathy Knapik spearheaded the election as part of the school’s Panther Pride initiative.
This year, the school formed a partnership with a wildlife refuge in Florida and is now in the process of adopting a Florida Panther through its Pennies for Panthers campaign.
The Panther Pride program took off this year when Knapik and Principal Cynthia Kennedy joined the Paper Mill family.
“We were talking over the summer about the school mascot and what it means and we got in touch with a school in Florida and began talking about panthers with them and became pen pals,” said Knapik, “and it’s just grown from there.”
Through a grant from the Westfield Foundation for Education, Paper Mill now has books and instructional materials about panthers.
Kennedy said Panther Pride is a great way to incorporate learning and behavior expectations, and all students are engaged.
“The five year-olds and 10 year-olds are all talking about this,” said Knapik.
Students in Knapik’s class have embraced the initiative and one student, Sagean Peterson, created a PowerPoint on panthers to share with his classmates.
“We learned about their habitat and where they would roam,” said Peterson. “People kept building houses and their habitat became smaller.”
Classmate Andrew William said keeping the panthers from becoming extinct is important.
“If there were no more panthers, we wouldn’t have a mascot, and it would affect other animals and the food chain,” said William.
Kennedy included a visit to the refuge in her Florida vacation tis year and spent time with the rangers, learned more about panthers, and took a swamp boat tour of the refuge.
“The people at the refuge were so excited that we are so committed to their cause,” said Kennedy. “Folks in Florida are very dedicated to protecting the panther habitat.”
Kennedy said global warming has raised the water table in the Everglades, destroying the habitat and forcing panthers to seek new homes in residential areas.
Kennedy said one of the main issues for the panthers is highways were built through the refuge area and there is a need to build a way for the panthers to cross over – or under – the roads.
Knapik said Peterson has already begun working on a design for a natural bridge that could solve the problem, Knapik said the entire class may be designing their own solutions.
In addition to lessons on wildlife, the name election gave teachers an opportunity to teach about the presidential election in a way students could relate to.
“Elections are a way for you to make a choice,” said second grader Keishnalee Neal. “It could be a name, or even the president.”
Knapik’s students were able to identify the candidates in the primary election and talk a bit about them.
Once the school adopts its panther, students will have the opportunity to video chat with refuge rangers and watch live video of the panthers.
“It will be in real time and they will be able to ask questions,” Knapik said.
Kennedy said the students have all worked very hard on the initiative.
“They’ve been doing a great job spearheading this,” she said.
In the spring, Paper Mill will will be exploring and improving the Schoolyard Habitat, a national wildlife program.