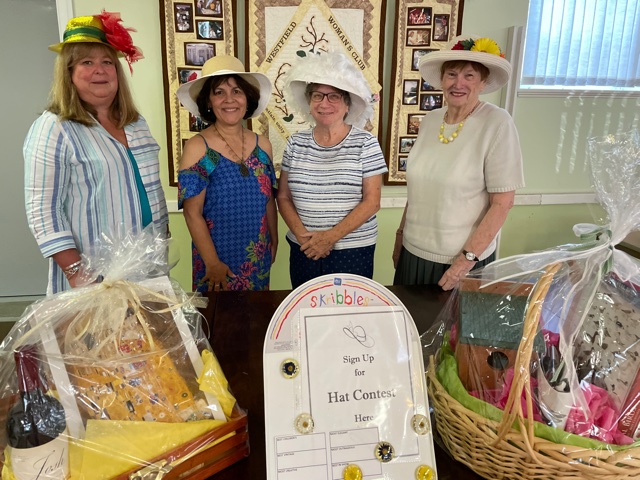 WESTFIELD — Colorful hats in all shapes and sizes will be part of the fun when members of the Westfield Woman’s Club conduct their annual major fundraiser, the Summer Tea, now in its 23rd year, on Sept. 1 at Stanley Park.

The event, planned from 1 to 4 p.m. in the Beveridge Pavilion, is open to the public and tickets are on sale until Aug. 20. Tickets are priced at $25 per person and proceeds raised from the fundraiser benefit six scholarships given to high school students each spring, as well as for the upkeep of the club house which stands stately at 28 Court St. 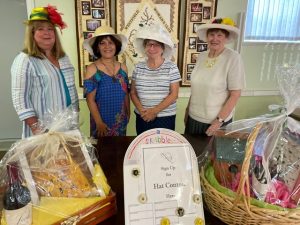 “You can reserve a table of eight if you’d like to come with a group of your friends,” said Agma Sweeney, who is chairing the event for the second time.

As part of the afternoon’s festivities, Sweeney noted that Kathleen “Kathi” Palmer will be this year’s honoree. Palmer was originally scheduled to be honored in 2020, however, the COVID-19 pandemic forced the cancellation of the fundraiser.

Palmer, who serves as vice president of the woman’s club, is a retired teacher who has a long history of being involved in both children and adult theater where she has directed, acted in, and written for many ventures. Her most recent work was the full musical, “Time in Westfield,” written for the 350th celebration, with music by Marion Dunk. A former Westfield on Weekends member, she volunteers for community events, as well as participates in community radio.

“I feel overwhelmed by the company that I am in with who are past honorees,” said Palmer.

One of the popular features of the annual tea is the hat parade, overseen by Susan Labucki.

“We have three prominent women who will be using a worksheet to determine the winners in several categories,” said Labucki, noting the themes are “Best in Show,” “Best Vintage,” “Most Creative,” “Most Colorful,” “Most Elegant,” “Most Outrageous,” and “Best Children’s.”

The affair will be catered by Mark Tansey of Partners Restaurant & Catering in Feeding Hills, and will include tea sandwiches (ham, egg, cucumber and chicken), a hot tea table and a lemonade fountain. Additionally, handmade scones with strawberry preserves topped with whipped cream will be made by members of the club, and the dessert will be another fun feature — a Parade of Trifles, also made by club members.

And, of course, a gathering of this sort wouldn’t be complete without raffle baskets to bid on.

“We have at least 30 raffle baskets already made,” said Sweeney, noting tickets will be $1 each, or seven for $5.

Barbara Taylor, membership chair, will also be meeting guests throughout the event and sharing details about how area residents can become involved with the various departments — Garden Club and Westfield Theatre Group — and interest groups including the Book Club, Bridge Club and Creative Cooks. 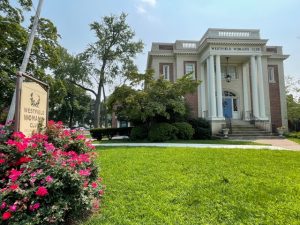 The Westfield Woman’s Club building was built in the 1920s at 28 Court Street. (LORI SZEPELAK PHOTO)

“We welcome everyone — men and women — to join us for this fun afternoon and we encourage everyone to wear a hat,” said Sweeney.