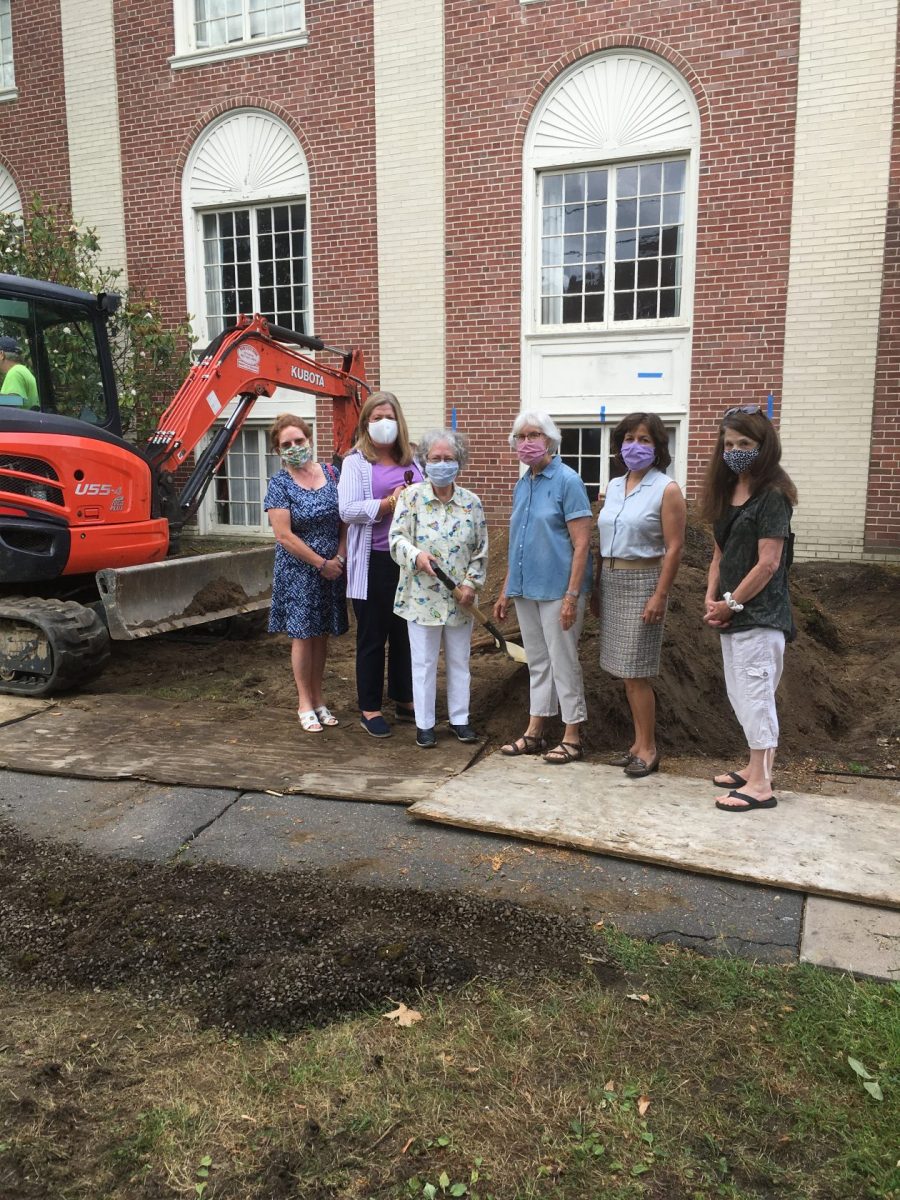 The first phase of construction, which was completed in the spring, saw the addition of an accessible bathroom on the ground level. 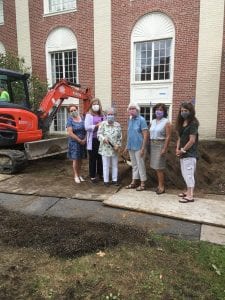 “This has been three years in the planning stage and we’re finally seeing everything come together,” said Ann Mello, president, Westfield Woman’s Club, adding, “Having this elevator will be a big boost for us.”

The historic clubhouse, built in 1914 at 28 Court St., not only is the home for the Westfield Theatre Group, a division of the Westfield Woman’s Club, but is also available for the public to rent space for presentations, seminars and special events.

A factor that has limited rentals in the past is the accessibility issues, according to Mello.

“Once construction is done this will be such a plus for us,” said Mello, adding, “and a welcome addition for the whole community so it doesn’t leave any one out to participate in events.”

Dawn Thomas, who serves as the club’s secretary and treasurer, also assumed the responsibility of serving as building committee chairperson.

“The Wesfield Woman’s Club Foundation, the nonprofit fundraising entity of the club, received a Community Preservation Act grant from the City of Westfield last year to fund the project,” said Thomas, noting “the first phase – the accessibility access restroom – was completed in the spring.”

During the last week of June, fencing went up and the heavy equipment arrived to begin digging the concrete base, according to Agma Sweeney, a member of the building committee.

Kurtz Incorporated in Westfield was awarded the bid for the second phase.

“I’m taking photos of the progress of construction,” said Sweeney, adding, “the photos will tell the story of the construction.” 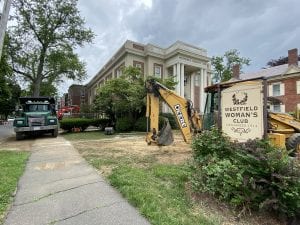 On July 9, the club was granted $100,000 toward its request of $112,681 by the city’s Community Preservation Committee to complete its handicap accessibility project.

“We are thrilled,” added Mello.

Sue West, president of the club’s foundation, attended the teleconference, along with Mello, Thomas, and Robert Haveles of Architectural InSights who is serving as the architect on the project.

Sweeney added that committee members “are all so very pleased that the project is moving ahead quickly this summer, and one of our dreams will finally come true, the accessibility retrofit for the Westfield Woman’s Club building.”

West noted when the project is completed the price tag will be close to $300,000, adding “$235,000 of which will come from CPA (Community Preservation Act) funds.”

West added the remainder of the funds needed to complete the project will come from the club and fundraising efforts.

“We welcome donations and they are tax-deductible,” said West.

Area residents who would like to make a donation to the club’s foundation can mail checks to the Westfield Woman’s Club Foundation, P.O. Box 130, Westfield MA 01086.

If the construction phase continues on schedule, Mello is hopeful the second phase will be completed by Oct. 1.

“We are hoping if all goes well, club members will attend the first meeting in October and will be able to use the external lift,” said Mello.