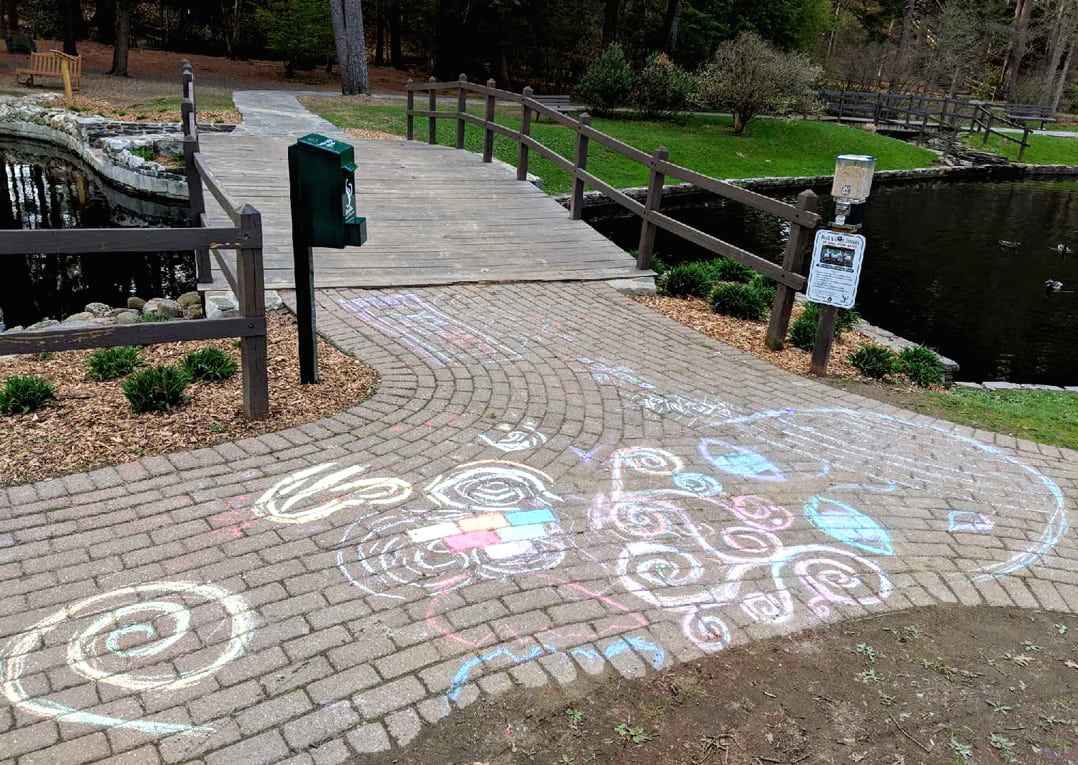 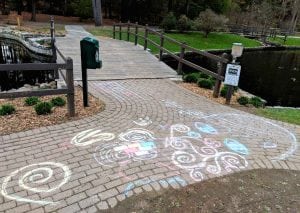 A Stanley Park official called city police Saturday to report vandalism (above) at the park.

WESTFIELD – A Stanley Park official called city police Saturday morning to report he had viewed video of what appears to be “college aged kids ‘destroying’ the property” at the park.
Robert C. McKean, managing director of Stanley Park, called police at 7:11 a.m. Saturday to report vandalism which he said had occurred overnight.
Officer Melissa Burn responded to the call and reports McKean said he believes “college kids came into the park and drew some designs on the walkways by the ponds.”
McKean told Burns he had “a video that shows the group of kids doing the vandalism.”
McKean provided police with photographs of the vandalism which show a variety of designs executed in sidewalk chalk on the walkway near the ponds at the east side of the park.
Capt. Michael McCabe said Monday that the police investigation was complete.