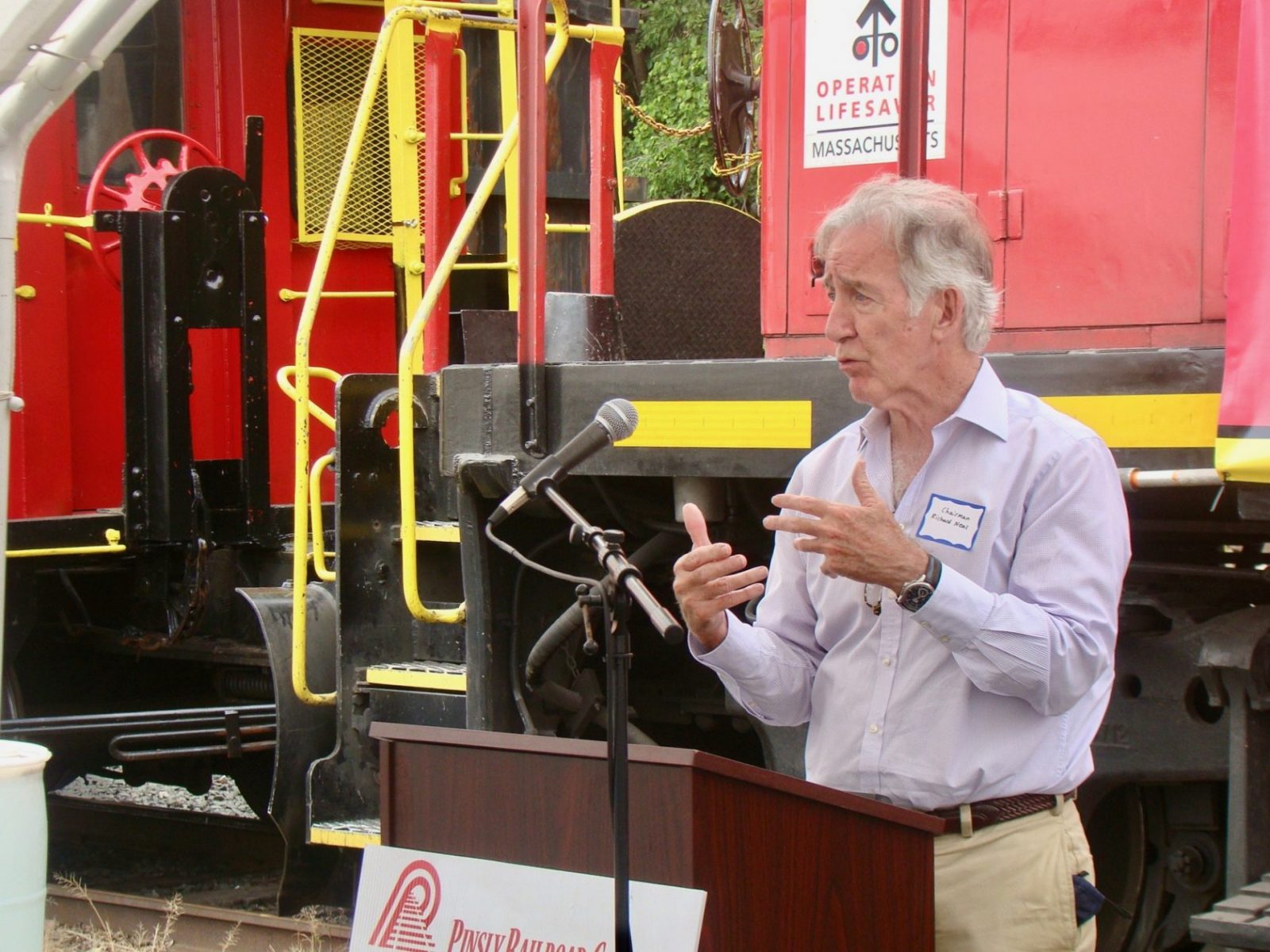 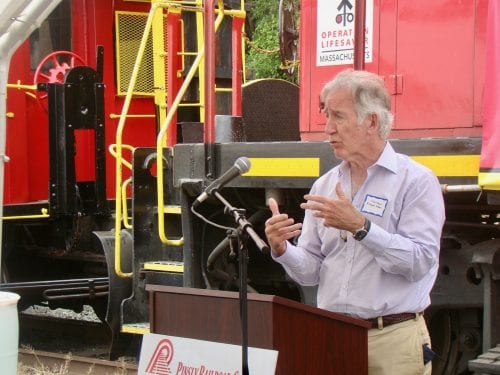 WESTFIELD – Approximately two dozen city leaders and representatives from the business community gathered at The Pioneer Valley Railroad on Aug. 13 for an outdoor luncheon with Sen. Richard Neal, to thank him for his support of local industry, and to hear his thoughts on the coming year.

Pinsly Railroad Chairman and CEO John Levine welcomed everyone, saying the Pioneer Valley Railroad has enjoyed a deep long-lasting relationship with the community and its customers for 40 years. 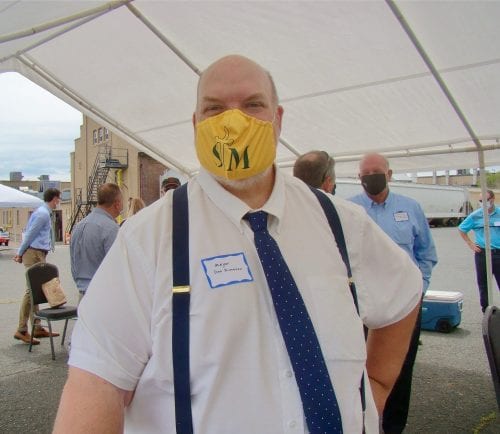 When introducing Neal, Levine talked about his life of service, as mayor of Springfield and as a U.S. Senator. He called him a “champion of the people,” and said as chairman of the Ways & Means Committee, he has used the platform to the advantage of the people in the district. Levine also called Neal “a friend and advocate of small railroads.”

Before answering questions, Neal spoke about the importance of the new 2021 National Defense Authorization Act (NDAA), which passed the House of Representatives in July, and includes significant provisions to assist the City of Westfield rid their drinking water of harmful chemicals as a result of runoff from Barnes Air National Guard Base.
Neal said he worked with his colleagues on the Congressional PFAS Task Force to ensure that language that would continue to assist Westfield was included in the NDAA.

Neal also spoke about the Infrastructure bill which he co-authored and includes provisions for wind and solar power, which is currently stalled. “The infrastructure bill used to be the easiest thing to move through Congress. Now it’s part of the log jam we find ourselves in in this country,” he said.

Neal said he remains committed to the success of Westfield, and is reminded every time he passes the town green of the role that the federal government can play, calling it a “good and worthwhile investment.” 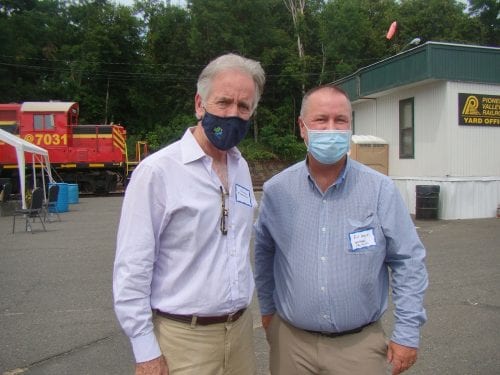 Ward 6 Councilor William Onyski took the opportunity to present a list of infrastructure concerns to Sen. Richard Neal at the luncheon. (AMY PORTER /THE WESTFIELD NEWS)

Confining his remarks to the presidential election, Neal said, “It’s still likely to come down to six or seven states. Pay attention where the candidates are spending their time and money.” He also recommended the site realclearpolitics.com, which averages out ten national polls, for people who are keeping track.

Neal also expressed his support for mail-in ballots. “I’m not as concerned with fraud as about tabulating them immediately,” he said, adding, “It’s where elections are headed.”

Asked what it’s like campaigning during a pandemic, Neal said meetings on zoom have replaced handshakes. He also said television advertising has also “gone through the roof.”

Humason said he has been talking with census workers about the problems in getting people to respond, and asked Neal how important the census is.

“The census is so important,” Neal said, adding that it is used as the formula for federal funds, and also how many congressional seats a state gets. He said it also will give the mayor a snapshot of trending demographics in Westfield.

“The president is making a mistake by shutting it down a month early,” Neal said about the recent decision to move the deadline for collecting census information from the end of October to Sept. 30. “We need an accurate count.”

Phelon commented on the federal CARES Act, and noted that Chambers of Commerces as 501(c)(6) not-for-profits have been excluded from the Payroll Protection Program. She said there were representatives from three Chambers at the luncheon, and asked Neal to include them in the next bill.

Phelon also said while businesses that employ more than 500 people have been getting help, small businesses are still struggling.

Neal said the Senate and Congress are not miles apart on the new stimulus bill. He said that from Dudley to Pittsfield, more than 10,000 businesses have already been helped, including hospitals, which he said did well.

Neal called the unemployment compensation in the stimulus package “really important,” and said people are likely to see another round of $1,200 stimulus checks.