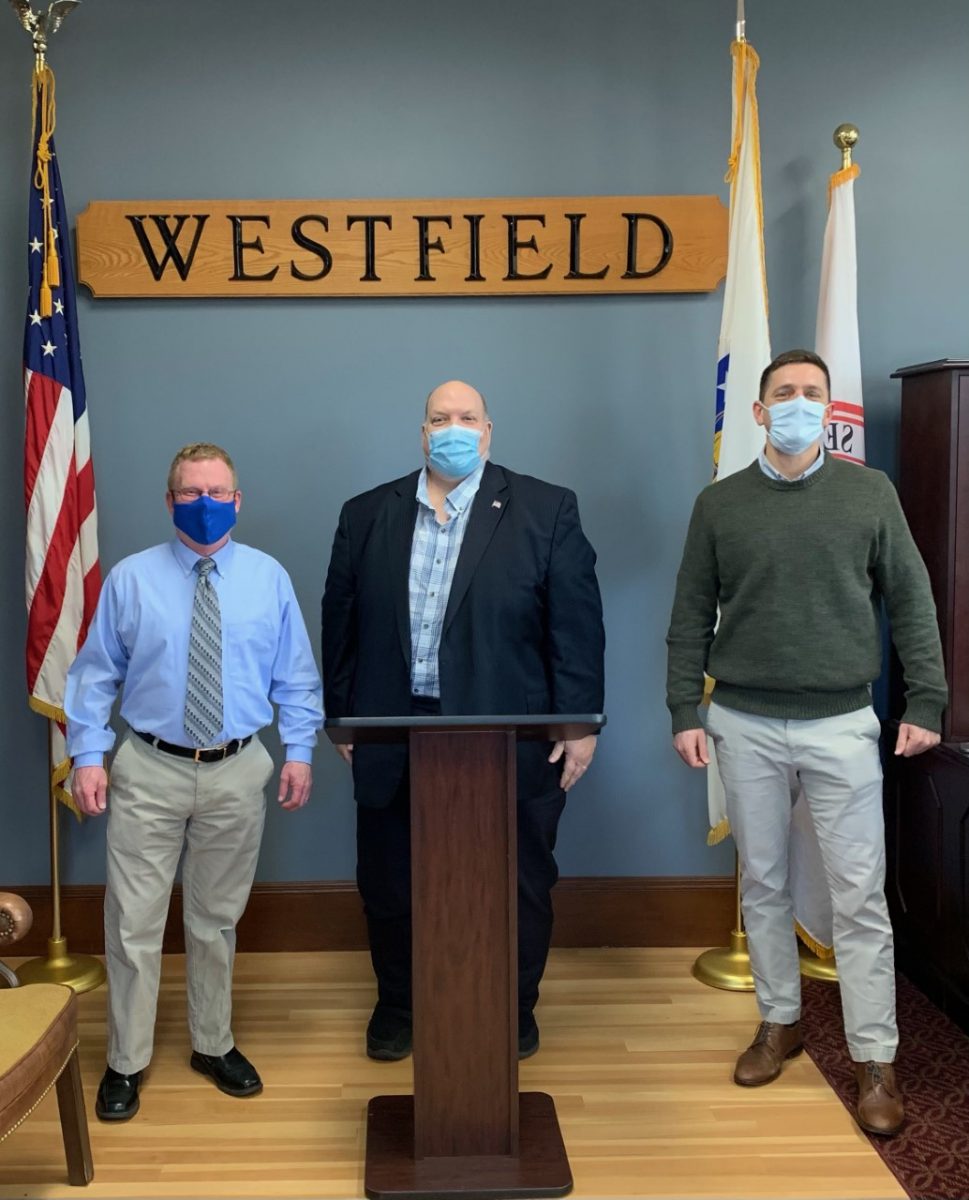 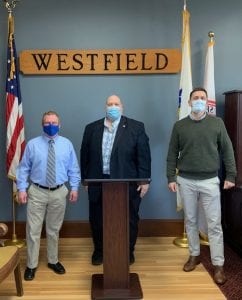 “It’s the start of a new year, a new legislative session, and my second year as Mayor of Westfield,” Humason said. “I wanted to start the year off right by inviting our state officials to my office at City Hall to brief the delegation on important city matters and discuss state issues impacting Westfield.”

According to Humason, the three leaders discussed their priorities for Westfield, including city and state budget, the budget process, COVID testing and vaccine distribution, the governor’s State of the Commonwealth Address, the new elementary school, various constituent group issues and more.

“I felt it was important for us to be on the same page. I’d met with Governor Baker’s staff a few weeks ago to do the same thing,” said Humason. “There’s value in communication and collaboration.

“Senator Velis and Representative Pease will be our advocates on Beacon Hill so it is vital we all have an open line of communication and a clear understanding of the needs of the city. We are friends and have worked well together in the past. I expect that will continue into the future for the benefit of our constituents. I look forward to it,” Humason concluded.

Pease said it was a good meeting.

“We are all on the same page and working together,” said Pease. “I appreciate the advice and mentorship from Sen. Velis and Mayor Humason.”

Pease said the budget was a big part of their conversation.

“The governor is set to release his budget Wednesday, then the House will review it,” Pease said, adding he was looking forward to it. “It will be interesting and a learning experience.”

Pease said $2 million was designated to Chapter 90 funds from gas taxes two years ago, however, the state toom in $7 million from the tax.

“I want it to be more equitable,” he said.

The three leaders agreed to meet regularly to continue discussions.

“It was great to sit down with Mayor Humason and Representative Pease to talk about how we can work together for the City of Westfield,” said Velis. “The best work is accomplished when people join forces and collaborate. Now more than ever elected officials at all levels need to come together and solve the problems confronting our constituents and Commonwealth. Although we all come from different areas and levels of government, we are all focused on serving the residents of Westfield.”