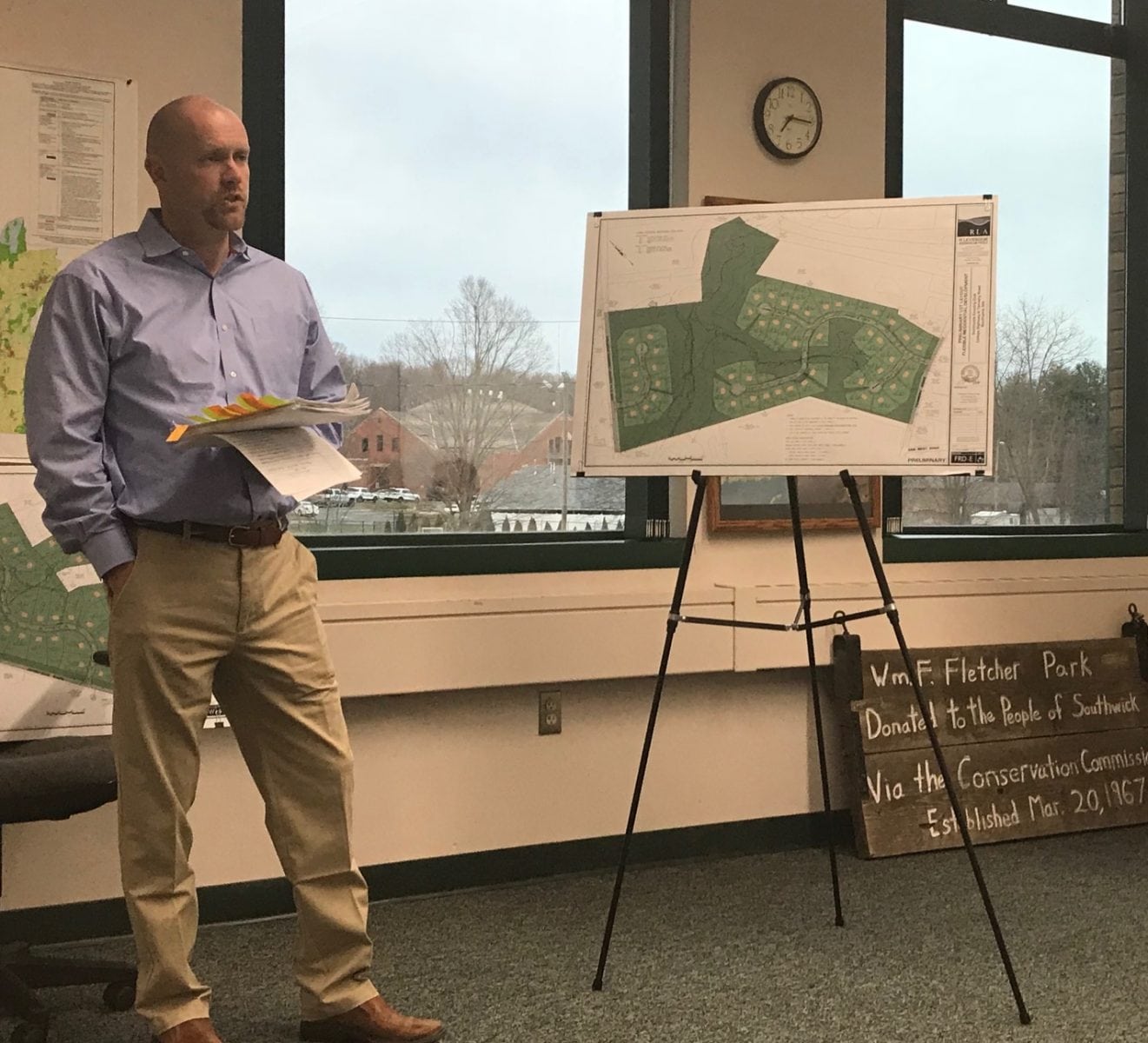 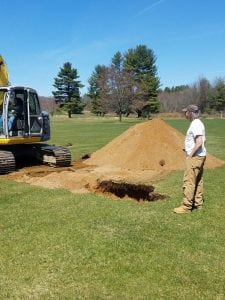 SOUTHWICK – On Tuesday night, the Planning Board held a public hearing regarding the subdivision on College Hwy, which was formerly the Southwick Country Club.

The hearing was specifically geared towards the site plan and special permit of the subdivision. Fiore Realty, who purchased the property for $1.9 million on February 22, was represented by R. Levesque Associates at the hearing.

Rob Levesque made a presentation to the Planning Board and residents in attendance about the East Side of College Hwy that will be part of the subdivision, which R. Levesque has designed as a flexible subdivision.

Levesque noted that the flexible subdivision will allow them to have 47 lots on the East Side of College Hwy, but still comply with other requirements.

“We were able to get a significant amount of lots while still protecting resources,” said Levesque.

Under the flexible subdivision requirements, 40% of the subdivision needs to be open space. According to Levesque, there is 73.81 acres throughout the entire parcel on the East Side and at least 29.52 acres will be reserved for open space, which comes out to 40%. 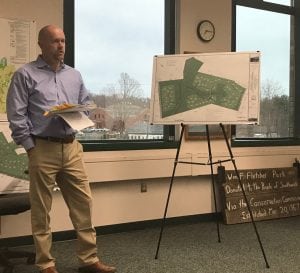 Rob Levesque, of R. Levesque Associates, answers questions from the Southwick Planning Board about the housing development on the land that was formerly Southwick Country Club. (Photo by Greg Fitzpatrick)

After showing the flexible plan, Levesque showed a conventional plan. The Planning Board then read off emails from different town departments, including the Conservation Commission, who preferred the flexible plan because it’s better with wetlands. Sgt. Kirk Sanders, the community safety officer at the Southwick Police Department, agreed with the flexible plan, but would like to see sidewalks on both sides of the street on the East Side.

In the hearing process, Planning Board members were also allowed to give their thoughts and comments. Vice-Chairman Marcus Phelps said a concern of his with the flexible plan for the East Side is the traffic flow on Tannery Road. Phelps suggested that R. Levesque might want to have a qualified traffic engineer come in and do a traffic study on Tannery Road because he feels there’s a lot of traffic going North bound on Tannery Road.

Levesque doesn’t believe the study needs to be done.

“It’s an unnecessary expense based on the traffic it’ll generate,” said Levesque.

Levesque added that he assisted with a similar subdivision in Belchertown last year and a traffic study showed very little amount of traffic in a similar area.

The public hearing portion of the subdivision will continue at the next Planning Board meeting on May 1.